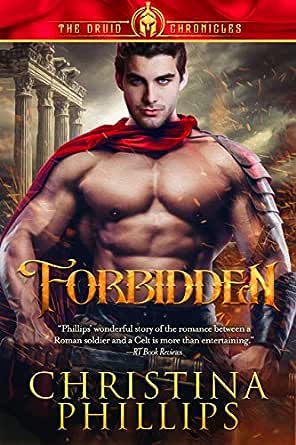 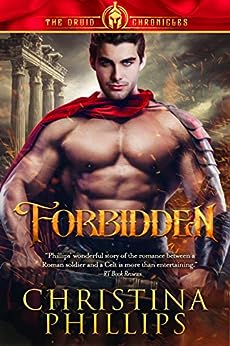 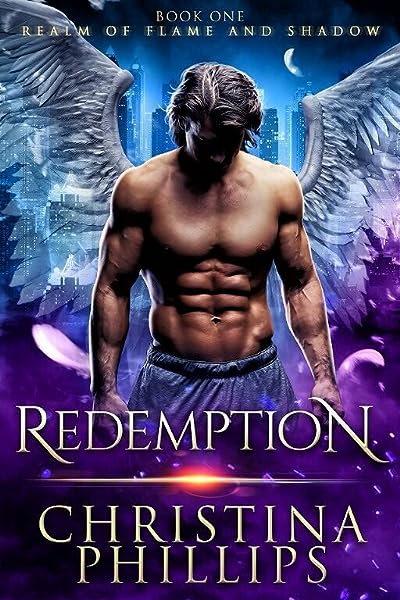 Planet_Reading
4.0 out of 5 stars Loved the setting and the story line
Reviewed in the United Kingdom on 4 May 2019
Verified Purchase
This is a enemy-to-lovers romance in the historical setting of the time when the Roman Empire invaded Britain. An interesting story about the fight of the Welsh Druids against the Roman soldiers. Staying true to history, the author manages to put a positive spin on events.
If you like historical romances, this one is for you.
Read more
Report abuse

vic
4.0 out of 5 stars Enjoyable ancient historical romance
Reviewed in the United Kingdom on 9 February 2012
Verified Purchase
Forbidden is an amazingly sensual and taunt historical ficton romance between A Roman Centurion, Maximus, and a Druid Princess, Carys. Two lovers caught on opposite sides of a war where their love is "forbidden". I really enjoyed this book and going back to Roman times was great a real page turner. After watching Spartacus: Blood And Sand Season 1 [DVD] [2010 ] I wanted to read some Roman themed books and found this book and loved it. If you want something sexy, fresh and original that will capture your imagination as well as your heart, I would highly recommend and I will be buying the second book in the series Captive: Forbidden Series, Book 2 .
Read more
2 people found this helpful
Report abuse

Kindle Customer
1.0 out of 5 stars I really tried....
Reviewed in the United States on 23 October 2018
Verified Purchase
To read this book. I was excited to find a book on Druid/Roman interaction, and a romance between the two, no less. Sadly, I finally had to give it up due to the extremely detailed sexual descriptions. I am by far a prude, but, in my opinion, the level of detail detracted from the story itself. And it was not limited to the encounters between the hero and heroine. It was constant in not only their thoughts of each other, but rampant through the majority of the encounters between virtually all characters in the book. Either they were thinking about what they wanted to do to each other, in detail, or one of the other characters were, again, in great detail, thinking about what they wanted to do to the main characters. I am fully aware that the Druid society was very sexual and sensual, they considered sex as something to be explored and shared as a celebration of their gods. And goodness knows the Romans were not a repressed society. The issue I had was I do not think more than a page would go by without detailed and explicit description of sex whether in deed or thought. I also found the extreme possessive concentration of the antagonist to be very off putting. Yes, I am aware that he was the antagonist and not to be liked, but... wow... descriptions of him scenting her arousal and lack of partner in satisfying that arousal were a bit over the top.

All in all, it felt like I was reading a script for pornography rather than reading a story that included sex. If that is your thing, enjoy. For me, I will find something that focuses more on the story rather than the sex.
Read more
4 people found this helpful
Report abuse
See all reviews
Back to top
Get to Know Us
Make Money with Us
Let Us Help You
And don't forget:
© 1996-2021, Amazon.com, Inc. or its affiliates