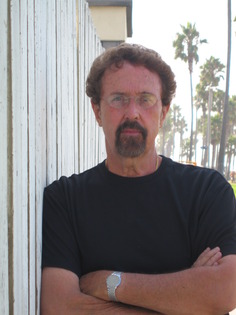 by Timothy Hallnan (Author), Timothy Hallinan (Author)
4.4 out of 5 stars 58 ratings
See all formats and editions
Sorry, there was a problem loading this page. Try again.

A Bookreporter.com Best Book of 2017 Praise for Fools' River "Absorbing . . . The more we learn about the people in Fools' River, the more we care about them--including some of the flesh chasers and even some of the villains (who turn out to be at least in part victims themselves). And there's the empathetic Poke himself, his "emotions . . . so close to the surface [you] can almost see them moving around under his skin." All too human or not, Poke proves up to correcting the wrongs he sets out to right."
--Tom Nolan, The Wall Street Journal "You might not think a story set in the Bangkok sex trade is your cup of tea, but Timothy Hallinan might change your mind with the humanity of his characters against the seamy backdrop, notably his detective Poke Rafferty."
--Raleigh News & Observer "Outstanding . . . Fans of hard-boiled detective fiction will feel right at home."
--Publishers Weekly, Starred Review "In a bravura performance, Hallinan brings all these stories together around Poke, whose mission as a sleuth is to clear obstacles from the paths of those with the guts to become who they want to be. A gripping thriller, yes, but one that never loses the rhythm of its characters' beating hearts."
--Booklist, Starred Review "[Hallinan] ups his always high-level game . . . Masterful subplots and nuances abound."
--BookPage, Top Pick "Complex and richly drawn."
--Lit Hub "I'd no more forget to read a new Poke Rafferty mystery than I'd forget to put on my glasses first thing in the morning."
--Kittling Books "This is what a truly fine thriller is for: to let you, force you, to ignore the rest of your life and accept that all the love that needs saving, all the life that matters, is in the next chapter. "
--Kingdom Books "One of the best [series] out there."
--Reviewing the Evidence Praise for the Poke Rafferty Thrillers "You could drown in the waves of corruption that surge through Timothy Hallinan's Bangkok mysteries."
--The New York Times Book Review "Poke is a charming protagonist who loves his family and friends fiercely and will do anything to protect them. Highly entertaining."
--Library Journal, Starred Review

"A fast-paced, compelling tale, but also, on every level, a fine literary read. His characters are fully drawn, his Bangkok beautifully evoked, his understanding of the complexities of the human condition so obvious and so full of compassion. This isn't a book just for those in search of a great thriller. It's for anyone in search of a great story--period."
--William Kent Krueger, Edgar-winning author of Ordinary Grace "In Hallinan's Bangkok, the ugly truths of poverty, homelessness, corruption, caste and crime are shaded with tremendous compassion."
--The Arizona Republic

Timothy Hallinan has been nominated for the Edgar, Nero, Shamus, and Macavity awards. He is the author of twenty widely praised books, includingaThe Fear Artist,aFor the Dead,aThe Hot Countries, Crashed,aLittle Elvises,aThe Fame Thief, Herbie's Game, which won the Lefty Award for Best Humorous Mystery, King Maybe, and Fields Where They Lay. After years of working in the television and music industries, he now writes full-time. He divides his time between California and Thailand.
Start reading Fools' River (A Poke Rafferty Novel Book 8) on your Kindle in under a minute.

easyreader
4.0 out of 5 stars feels close to personal experience, with deep knowledge of Bangkok and its people ,
Reviewed in the United Kingdom on 27 July 2020
Verified Purchase
This story of skulduggery, involving characters we have come to know (and love) again brought to life Bangkok and its people , particularly the residual expatriate community left behind, with criminal violence. Poke Rafferty sorts it out . I thought the writing describing the personal emotions of Poke and his family amongst some of the most expressive of the authors work to date, and better than his previous tale. Keep it up!
.

Simon Douglas
4.0 out of 5 stars Bangkok
Reviewed in the United Kingdom on 19 June 2019
Verified Purchase
Another great read from Mr Hallinan.
The story is fast paced but as always what i enjoy most is the vivid descriptions of Bangkok and it ex pats! Having spent a lot of time in Thailand and having fallen m live with country i can feel i am there when reading thus.
I love his day to day life in Thailand and ,for me ,the actual story is almost secondary!
It is also fascinating to learn about the bar girls stiries for their point of view...brilliant book and should be read by all who know and live rhe land if smiles as i do

Davidr
1.0 out of 5 stars Boring
Reviewed in the United Kingdom on 29 August 2018
Verified Purchase
I enjoyed the other title which were fun and easy going. This is bogged down by anxiety of a pregnancy.....don’t need that
Read more
Report abuse

Lee Quarnstrom, author of WHEN I WAS A DYNAMITER
5.0 out of 5 stars "Fool's River" is -- really -- the best Poke Rafferty "mystery" yet -- and that's saying a lot!
Reviewed in the United States on 26 November 2017
Verified Purchase
Timothy Hallinan's Poke Rafferty novels -- stories reflecting his fascination and familiarity with and insight into the environment of Bangkok and lives of its residents, its grim criminals, its drunken ex-pat American barflies, feisty street children, hard-workimg bar girls and a few honest cops -- have given me the sense that I could find my way around the Thai city despite the fact I've never been anywhere near that time zone. I'm glad I started with Hallinan's first Poke Rafferty book because watching Poke, his wife Rose and a Lao street urchin they've adopted has been a reader's pleasure. But you can, in fact, start anywhere in this series and enjoy delving into Poke Rafferty's world.

This writer obviously is sympatico with a wide variety of flawed human beings (his other wonderful series hero, Junior Bender, is a burglar by profession) and his compassionate outlook helps Rafferty draw out the best in most of the people he bumps into in Bangkok. But not all: his bad dudes and gals are really, really unpleasant!

And his role as father and protector of his wife and their adopted girl (now a teenager) often leaves Poke surprised if not dumbfounded at the depths of evil -- and sewage! -- into which humanity can sink. This latest Poke Rafferty is the best yet as he makes his way through an exotic underground where challenging a person's morality can easily lead to mayhem or murder. So far, Poke's sense of justice and his love for his family have been tested by some pretty gruesome bad guys and some quite unpleasant cops. But he also meets some bright lights, like a pretty transexual teenagers who has led the hardest of tough lives, who shine through the tawdry glitz of Bangkok's infamous red light districts.

I know you'll dig the Poke Rafferty "mysteries" as much as I do. Pick up "Fool's River," read it and then order the rest of the Poke Rafferty novels. And then check out Junior Bender! You'll be doing yourself a favor.