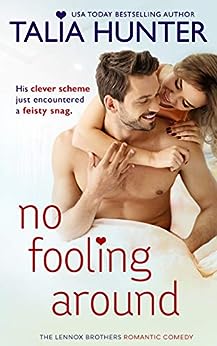 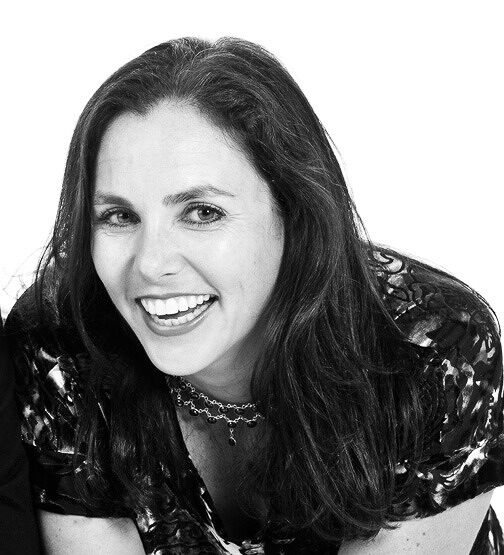 No Fooling Around (The Lennox Brothers Romantic Comedy) Kindle Edition

Dina Bushrod
5.0 out of 5 stars Is it fair for him to want her when he knows the pain he'll cause
Reviewed in Australia on 4 February 2021
The author says that these are her favorite characters in her Lennox Brothers series. I absolutely loved the story; it wouldn't be the same without both Asher and Iola. The addition of Ruff, a big ugly but lovable dog, and superhero antics of Nemesis, the best sneaky cat burglar around, were the icing on the cake. Oh, and I loved every pun that our heroine said, they were hilarious, even if let out at inappropriate times. Pick up this story and learn why I've made the above statements, you won't be sorry.
Read more
Helpful
Report abuse

TCH
TOP 500 REVIEWER
5.0 out of 5 stars I thoroughly enjoyed this book.
Reviewed in Australia on 18 March 2021
This is the 2nd book in The Lennox Brothers Romantic Comedy series and this is Asher and Iola's story!
There are parts of this book are so funny that you hurt from laughing so much, The characters are beautifully portrayed and the storyline is very believable.
I just thoroughly enjoyed the read.

Mom12
5.0 out of 5 stars A funny romcom with lovable animals
Reviewed in the United States on 31 January 2021
Verified Purchase
Here comes another hysterical and heartwarming story with the Lennox boys, and how can it not be? It has a healthy dose of fighting neighbors, irritating twin behavior, Revenge and animals who act like the roommates from The Odd Couple. This book is about the notoriously intense and quiet Asher Lennox, who wants to complete his plan of revenge with the drug kingpin next door neighbor's house. But said house has been invaded by a pun loving woman with an animal that's more dinosaur than dog.

"“Are you kitten me?” I demanded. “It’s not pawsible, and I don’t believe it for a meow-ment.” He folded his arms. “Do you always pun when you’re nervous?”"

"“Sorry about the jokes. Punning might be a compulsion when I’m nervous, but like a escaping nun , I’m trying to break my habit.”"

"“Nemesis has a very particular set of skills,” I said. “Skills she’s acquired over a long career. Skills that make her a nightmare for people like you.” Iola narrowed her eyes, her frown deepening. “Is that Liam Neeson’s speech from Taken? Are you seriously comparing your cat to an ex-CIA operative and apparently unkillable one-man army in what has to be one of the most unrealistic movies ever made?”“Taken’s a cinematic classic. And Nemesis may only be a cat with a compulsion to steal things, but she’s an expert at it. She’d be a shoo-in for a CIA job, except she has no respect for authority.”"

"Daylight was leaking under the curtain, so it was probably time I woke up. But I would have preferred my regular alarm clock to being woken by a feline serial-killer-in-training."

Naming Asher's klepto cat Nemesis is pure genius. The scenes with the cat and dog interacting are pure comic gold. And the chemistry between Asher and Iola jumps from the page. Iola seems to thaw Asher's resolve to stay the decision making single man who stays strong in the face of any adversity.

"“Mm-hm.” He thumped his fist against his chest. “Just a small sausage malfunction. It went down the wrong way.”“Your sausage slipped into the wrong hole?”"

The dialogue crackles with sharpness and the insight the Author gives into family relationships is spot on.

"Over and over, my own desperation for family, for a connection, kept leading to deception and heartbreak."

Pretty relatable, huh? The author clearly understands the emotions in a family, whether it be one ripped apart by tragedy or one with members who is quirky but Close. She juxtapositions the two versions to show why characters do what they do. It all reeks of authenticity. The ending gives us warmth and genuine respect that makes you happy to spend time getting to know these characters. But i loved this story mostly because bad puns…it's how eye roll.
Read more
Report abuse
See all reviews
Back to top
Get to Know Us
Make Money with Us
Let Us Help You
And don't forget:
© 1996-2021, Amazon.com, Inc. or its affiliates