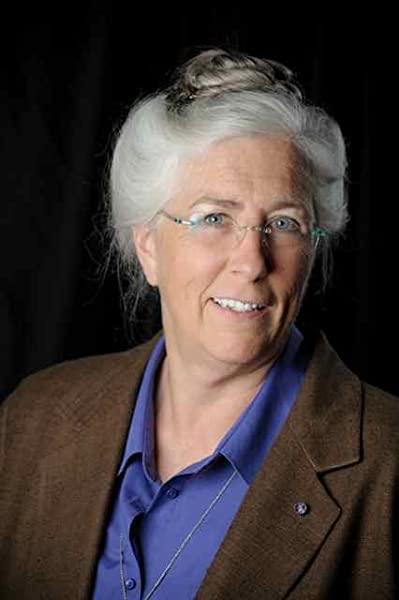 by Laurie R. King (Author)
4.6 out of 5 stars 122 ratings
See all formats and editions
Sorry, there was a problem loading this page. Try again.
Read more Read less

Page 1 of 1 Start overPage 1 of 1
Previous page
Next page
Start reading Folly: A Novel (Folly Island Book 1) on your Kindle in under a minute.

‘Brilliantly written… it is both intriguing and wholly absorbing’
T. J. Binyon, Evening Standard (Birth of a New Moon)

‘Well-written and totally gripping’
Guardian (Birth of a New Moon)

‘Original, and subtle’
Evening Standard (of To Play the Fool)

"If there is a new P.D.James, I would put my money on Laurie R. King"
BOSTON GLOBE

A lonely island off the northwest coast of America. A ruined folly. A woman's fight to reconstruct her life after the devastating loss of her husband and daughter. A threat from the past …

Rae Newborn, shattered after a catastrophic nervous breakdown and an attempted rape, is left on a deserted island off the coast of Washington State. Her aim is single-handedly to rebuild a family house destroyed by fire back in the nineteen twenties. All she wants is to be left in peace, but memories and real life intrude. Her nights are haunted by ghosts from her past and fears that the monsters lying there will return; her days interrupted by unwelcome visits from the local police and a mysterious intruder.

Her tranquillity is truly disturbed when she makes a discovery in the foundations of the house, one that throws a dark shadow over her whole family history. What really happened on the island eighty years ago? And what was the truth behind her great uncle's disappearance after his return, shell-shocked, from the trenches of the First World War? Violence comes down through the years to explode once again on the isolated island, this time threatening to destroy not just Rae but future generations as well.

'Folly' is a moving, compelling psychological suspense novel from the award-winning author of 'the Birth of a New Moon' and 'Night Work'

Acclaim for 'The Birth of a New Moon'

"Brilliantly written… it is both intriguing and wholly absorbing"
TJ BINYON, 'Evening Standard'

Laurie King is a third-generation native of San Francisco, but since her marriage to an Anglo-Indian profesor she has lived briefly on five continents. She and her husband have two children and now live mostly in California.

4.6 out of 5 stars
4.6 out of 5
122 global ratings
How are ratings calculated?
To calculate the overall star rating and percentage breakdown by star, we don’t use a simple average. Instead, our system considers things like how recent a review is and if the reviewer bought the item on Amazon. It also analyses reviews to verify trustworthiness.

Jennifer A. Harrison
5.0 out of 5 stars Five Stars
Reviewed in Australia on 22 October 2017
Verified Purchase
Anything written by King is worth reading. This and the follow-up, Keeping Watch, make a splendid dual-read.
Read more
Helpful
Report abuse

Lorrie Sutton
5.0 out of 5 stars Great book
Reviewed in Australia on 21 May 2017
Verified Purchase
Great book couldn't put it down loved it
Read more
Helpful
Report abuse
See all reviews

Shane S. Marshall
5.0 out of 5 stars Folly purchase
Reviewed in the United Kingdom on 3 February 2013
Verified Purchase
I have read Folly before and enjoyed it and decided I wanted it in my library/ So I bought it.
Read more
One person found this helpful
Report abuse

Linda LPP
5.0 out of 5 stars Loved it.
Reviewed in Canada on 8 June 2017
Verified Purchase
Interesting story line. Suspense. Fear. dealing with mental health issues, family conflicts, and much much more kept me guessing until the end to realize the significance of the various characters.
A few loose ends leave you wondering where Rae, Tamera and others in the story go from there. But an intricately woven story.
Read more
Report abuse

Alison
5.0 out of 5 stars Tough but superb read
Reviewed in Canada on 9 September 2015
Verified Purchase
Authentic and compelling characters moving back and forth in time to a suspenseful and ultimately satisfying conclusion. Ms. King's writing is as beautiful as ever, and the undertones of male and female strength, resilience and survival in the face of conflict -- whether family or wartime -- gives this story remarkable depth.
Read more
Report abuse

SES
3.0 out of 5 stars Re-Building your life from the bottom up.
Reviewed in Canada on 1 October 2019
Verified Purchase
Realistic, depressing, mysterious and somewhat uplifting.
Read more
Report abuse
See all reviews
Back to top
Get to Know Us
Make Money with Us
Let Us Help You
And don't forget:
© 1996-2021, Amazon.com, Inc. or its affiliates