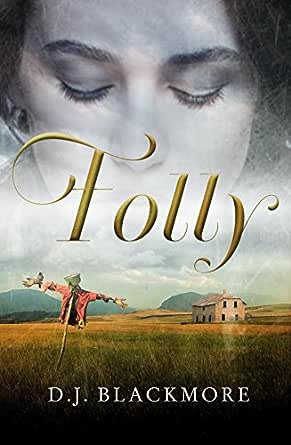 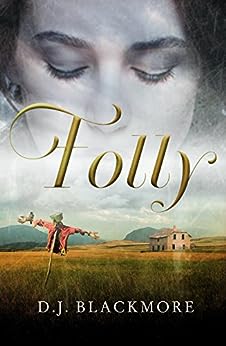 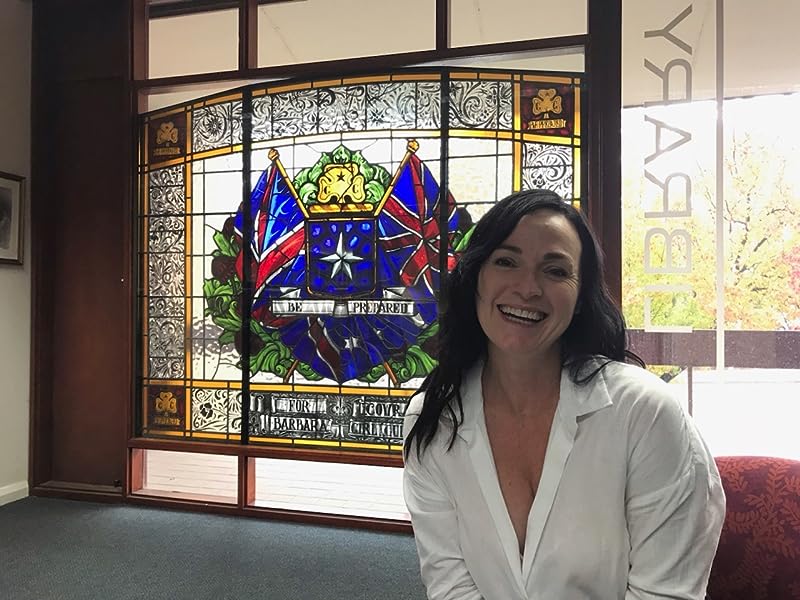 annette rees
5.0 out of 5 stars A great read
Reviewed in Australia on 1 November 2017
Verified Purchase
This is a very enjoyable book combining murder mystery with a classic romance. It is set in the early colonial period in and around the port of Newcastle NSW and is very well researched, mixing both fictional characters with actual historic people. It continues the story of the same characters from a previous novel and I would be very happy to see their story continue into the future..perhaps into the vast interior squatting on new lands on the frontier or to "the roaring days" of the gold rush.
D J Blackmore is developing as a writer and I will be watching keenly for future offerings.

smiranda
5.0 out of 5 stars True to the historical context- a good read!
Reviewed in Australia on 3 October 2017
Verified Purchase
I got this on my Kindle yesterday, and I finished it this morning. Great read- I love the setting. It is written (seemingly) very true to the historical context. I read the first book as well, Charter to Redemption, and this works great as a sequel. Definitely recommended!
Read more
One person found this helpful
Helpful
Report abuse
See all reviews

M.
5.0 out of 5 stars Mysterious and Highly Addictive Read!
Reviewed in the United States on 3 May 2018
Verified Purchase
Emma Colchester is the niece of the one of the colony’s doctors and has the interest of several of the colony’s bachelors. She was engaged to the late Gideon Quinn and lived with her Aunt Adelaide and Uncle George, one of the town’s doctors. While Emma, still in her mourning period, fell in love with recently pardoned, Tobias Freeman, she also unknowingly caught the eye of the up and coming Officer Octavius Gray. The past has a way of coming back and haunting the present is a prominent theme in the novel. The characters in the book all seem to connect through Tobias and Emma, either by acquaintance or by situation. He has connections with the convicts and the free folk as well as the members of the King’s men each by different situations. Emma connects her family to various parts of this tale as well. I truly enjoyed the mystery of the story. I loved finding the pieces and connecting them to a part I had previously read, especially near the end of the book. In fact, I’m still connecting pieces after I’ve read the book, small things that eluded me while reading it. Emma and Tobias were pioneers in their own right, paving the path for free choice in matter of the heart for generations to come. They proved that truth and justice will prevail and that love can help one overcome the most adverse of situations. Even though parts were touched on, I would have like to have learned more of Gideon’s story, both past and present to learn more of his motives as well as more about the Aboriginals, who were only very briefly mentioned. I would recommend this book to both historical, romance and mystery enthusiasts alike. It is a well written historical mystery with a true love story hidden within.
Read more
One person found this helpful
Report abuse

Sara S.
4.0 out of 5 stars Page turning historical mystery plus a love story!
Reviewed in the United States on 1 May 2018
Verified Purchase
Folly is set in 1820 in the colony of Newcastle New South Wales, Australia, which is the convict era. The book opens with a sister missing her sister, Phoebe’s, wedding day, which leads one to believe this is a tale about Phoebe or even perhaps the missing sister, yet it is not. The story is a mystery intertwined with the love story of Emma, Phoebe’s cousin and a pardoned convict, Tobias, at the heart of it. Murder and thievery and self-serving accusations were aplenty while good truly moral people held each other up through the mayhem with love. I enjoyed putting the pieces of the mystery together as the tale unfolded. The story does not spell out exactly how everything is connected so the reader has to connect the dots when the “aha” moments happen. Emma was engaged to the late Gideon Quinn, who was a member of the King’s men, but had questionable morals. While she was in her mourning period, she could not be openly courted, but that did not stop the love from blossoming between her and Tobias, nor did it stop Officer Octavius Gray from showing interest in her as well. Tobias shows strength and fortitude throughout the story by continuing to choose the path of truth regardless of being fairly judged or not. While he was a convict, there are some who believe he is a good man, while others do terrible things to stop him from being a free man and pursuing a life with Emma simply because he was a convict and in another’s way. Emma was a surprisingly strong and bright character. Given the era, she found the courage to question situations and circumstances that women often do not as it was not their place to question. Emma used the strength of her love and bravely forged ahead to gain a life that she wanted with the man she loved instead of bending to the will of her family and society as a whole.
Read more
One person found this helpful
Report abuse

M. Wilson
5.0 out of 5 stars Detectives Wanted Down Under!
Reviewed in the United States on 20 March 2018
Verified Purchase
The absence of a young woman on her sister’s wedding day might raise a few eyebrows. But when Adelaide Colchester’s favorite daughter is missing, something is tragically wrong. What begins a day of potential marital bliss in the preparations for Phoebe Colchester’s wedding, very soon turns a foreboding corner with the omens of an ill-fitting bridal dress, the disappearance of Euphemie Colchester, and the arrival of Cecily Quinn (coined "Trouble") to Newcastle.
Author D.J. Blackmore's Folly opens a “Pandora’s box” to murder and guile in a novel that shows like an Agatha Christie mystery meets The Thorn Birds saga. Blackmore introduces a cast of town folk who are all potential suspects in a complex unraveling of secrets from the newly arrived Cecily, who harbors ill-will toward the intimidating Adelaide, to the untrustworthy Officer Octavius Gray. Someone is a killer. When ex-convict Tobias Freeman finds himself inextricably linked to every potential crime that presents itself to the discriminatory citizens of a small New South Wales town, it is luck, chance witnesses, and the truth that he needs to rectify his character.
Perhaps the most alluring character is the one whose presence lurks in the shadows of life and death—Gideon Quinn. His sudden demise is questioned, but embraced with relief by many who found him to be detestable and cruel while alive. Even his fiancée, Emma Colchester, is grateful although his spectral hold seems to continually loom heavily over her every move. She attempts to move on with her life in her unwavering devotion to Tobias as he faces charge after charge and a criminal past.
Amidst the murder and the uncertainty of an ill-doer who eludes the authorities, Blackmore creates outliers in the characters of likeable Tam and Jim who provide the comic relief and critical pieces to unravel unexplainable events. Rounding out the cast is the moral backbone of the community, Commandant Morisset, who commences his investigations and plays the cards of diplomacy in a town overrun with discrimination and pride in its accusations and suspicions of Tobias.
“What’s past is past” does not apply here. Secrets abound in this thriller that will keep you doubting and teetering on uncertainty until the very end. Blackmore creates wave after wave of murder and suspense with fingers continually pointing in the direction of Quinn’s Folly. But will its truth ever be revealed?