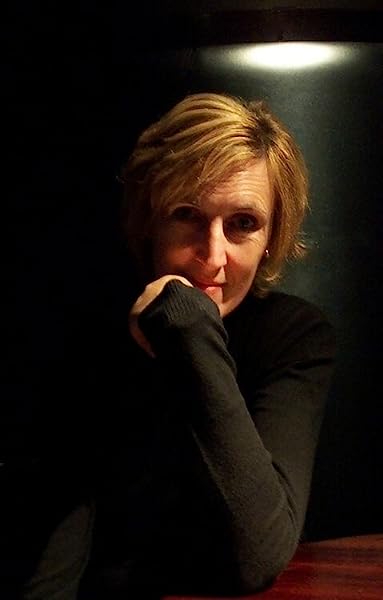 by Lin Anderson (Author)
4.6 out of 5 stars 173 ratings
See all formats and editions
Sorry, there was a problem loading this page. Try again.

All in all this is a scintillating read, and whether you are already an Anderson fan or have never picked up one of her books I would recommend spending some time with Follow The Dead – though you might need a blanket handy to deal with the chills ― Scotsman

Shades of The Wicker Man, with a touch of Agatha Christie. Superb ― Daily Mail

The bleak landscape is beautifully described, giving this popular series a new lease of life ― The Sunday Times

Lin Anderson is one of Scotland's national treasures - don't be fooled by comparisons, her writing is unique, bringing warmth and depth to even the seediest parts of Glasgow. Lin's Rhona MacLeod is a complex and compelling heroine who just gets better with every outing -- Stuart MacBride

An outstanding thriller . . . The pace is beautifully judged, and though there are plenty of twists and turns, the reader never feels left behind ― Undiscovered Scotland

Perfectly paced and with alternating narratives – including that of the merciless, shadowy killer – Follow the Dead is a true thriller-chiller, and an enthralling read for both seasoned fans and newcomers to the work of this talented author ― Lancashire Post

Lin Anderson has published eleven novels and one novella featuring forensic scientist Dr Rhona MacLeod, which have been widely translated. Her short story Dead Close was chosen for the Best of British Crime 2011 and is currently in development as a feature film. Also a screenwriter, her film River Child won a student BAFTA and the Celtic Media Festival award for Best Short Drama. Formerly Chair of the Society of Authors in Scotland, she is also co-founder of Bloody Scotland, Scotland's International Crime Writing Festival.
Start reading Follow the Dead: A Rhonda MacLeod Novel 12 (Rhona Macleod) on your Kindle in under a minute.

Lin Anderson is best known as the creator of the forensic scientist Rhona MacLeod series of crime thriller novels, and for her part in founding the annual 'Bloody Scotland' crime writing festival.

There are 16 novels and one novella in Lin Anderson's Forensic Scientist Rhona MacLeod Series :-

Book 1 - The Case of the Black Pearl

Book 2 - The Case of the Missing Madonna

Lin has recently co-written with Donald McKay the initial book in a BLAZE DOG DETECTIVE series for children :-

4.6 out of 5 stars
4.6 out of 5
173 global ratings
How are ratings calculated?
To calculate the overall star rating and percentage breakdown by star, we don’t use a simple average. Instead, our system considers things like how recent a review is and if the reviewer bought the item on Amazon. It also analyses reviews to verify trustworthiness.

Miss R. Wood
5.0 out of 5 stars Marvellous!
Reviewed in the United Kingdom on 31 August 2017
Verified Purchase
Wonderful series and this is a great book! A different setting for Rhona in this Highland epic but having only ventured up there last year - the furthest I'd been was Edinburgh, Ayr and Glasgow previously - I enjoyed this immensely. All the books are wonderful no matter where they are based. A gripping story keeps you hooked until the end and I love that there is always a new character introduced to either fall out with or get along with. All the usual ingredients are present here with a story that takes you from the mountains to the sea.

My only regret is that I have finished it and have to wait until Ms Anderson writes the next instalment. Hurry up!
Read more
One person found this helpful
Report abuse

D Bell
5.0 out of 5 stars Superb. Rhona rocks
Reviewed in the United Kingdom on 4 October 2018
Verified Purchase
This book is an excellent read and continuation of Rhona McLeod's adventures. The world of forensic detection accurately brought to life with skilled story telling.
Every emotion is felt from cover to cover.
It's a must read and difficult to put down
Read more
Report abuse

Cathy
5.0 out of 5 stars Follow the Dead
Reviewed in the United Kingdom on 12 June 2020
Verified Purchase
Kept me enthralled, another fantastic book. I enjoyed it immensely. Obviously it had some brutal aspects and horific storylines, it was a great book andninwould recommend this book
Read more
Report abuse