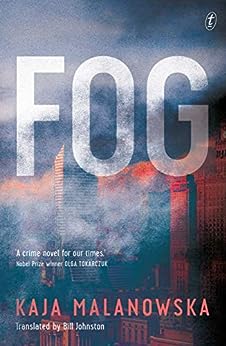 More than fog obscures the truth in this chilling Warsaw police procedural --This text refers to the paperback edition.

Born in 1974, Kaya Malanowska has been nominated for two of Poland's most prestigious literary awards, the Paszport Polityki and the Nike. She has published a collection of short stories and three novels-Fog is the first to appear in English. She is also a columnist for the prominent left-wing periodical Political Critique, and holds a PhD in bacterial genetics. She is currently working on a prequel to Fog. --This text refers to the paperback edition.