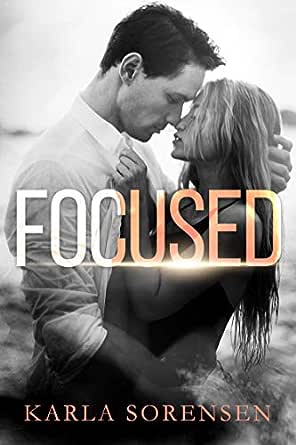 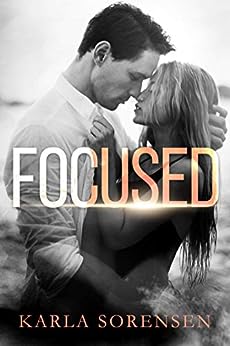 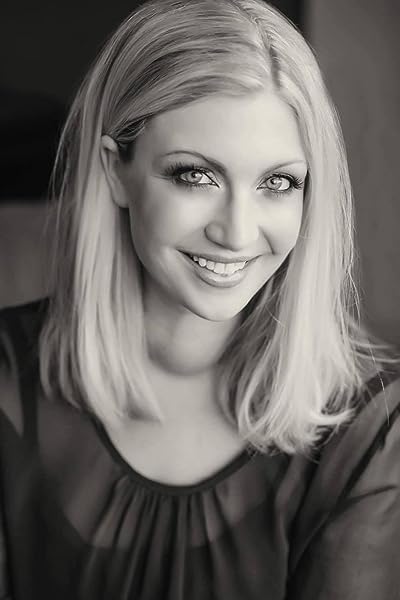 If you've ever seen your teenage crush ten years later, and he turns out to be a complete jerk, then you know how Molly Ward feels.

The last time she saw Noah Griffin was the regrettable day that she decided to climb into his bedroom window and turn her unrequited crush into something more.

That day was bad enough, but things are about to get worse.

Noah has become one of the best football players in the country, and he’s just landed on Molly’s front step.

As a new addition to the Washington Wolves roster, Noah's presence is the key to Molly’s promotion in the front office.

The problem is, Noah wants nothing to do with Molly, and his surly attitude is making her job very difficult.

But he's got another thing coming if he thinks Molly will be intimidated by one grumpy football player, no matter how much he hates being around her.

Once these two go head to head, their mutual dislike explodes into undeniable chemistry. But with what they have at stake, they just might detonate everything else along with it.

Tammy's Timeout
5.0 out of 5 stars Amazing read, Focused will be a 2020 favourite!
9 January 2020
Format: Kindle Edition
“I couldn’t have scripted this, couldn’t have planned it, couldn’t have controlled it. Because sometimes, the best things in life come straight from your blind side.”

Focused is the first book in a new series by Karla Sorensen, The Ward Family Series. Closely linked to the Washington Wolves series, Focused can be read as a standalone.

Focused is the story of Molly Ward and Noah Griffin. Through life’s circumstances, Molly and Noah first knew each other when Molly was 16 and Noah was beginning his career as a professional football player in Washington. Fast forward a few years and Noah is back in Washington, playing for the Wolves where Molly now works in Marketing and her brother is head coach of the team. Noah is one of the best defensive players in the league, aptly called The Machine by his peers and the media due to his focus and total commitment to the game and any and all of his training.

When Molly’s new boss offers her the opportunity to work with a camera crew as they follow and film a Wolves player
for a documentary series, Molly leaps at the chance ... and then discovers who the newly traded player to the Wolves is.

While I wouldn’t say this is an enemies to lovers book as such, Molly and Noah certainly did not part as friends many years ago during their last encounter and neither is ecstatic to learn of the close proximity with which they’ll be working in during the coming months. Let the story begin ...

I loved getting to know Molly’s family, big brother Logan, his wife Paige, their young son and Molly’s three sisters, who are all intriguing and interesting in their own way (can’t wait to read more about the Ward sisters!) Logan and Paige have their own story told in The Marriage Effect, part of the Washington Wolves series, one I’m for sure going to read and devour now!

Ms Sorensen has a way of engaging her readers with likeable characters and a storyline that hooks you in, Focused certainly does this! Molly is fun and happy, a hard worker and very family oriented, while Noah is driven, focused and lives totally for football. I love how as the story unfolds, Noah’s layers are unraveled as Molly gets to know him and work her enigmatic magic to bring him to life as the person he really is deep down. Add in some funny moments, endearing secondary characters (Marty and Rick, Noah’s grandma, and of course the quirky Ward family) a plot twist or two and you have the smooth-flowing and wonderfully written story that is Focused, a definite 5 star read for me and one that I recommend to all lovers of sports romance, of contemporary romance and family-based series. Focused has the perfect balance of sweetness and steam and will leave you with a big smile on your face and the desire to read all of Karla Sorensen’s backlist. I look forward to the next book in the Ward Family series, Faked, releasing later in 2020, as well as any other works in progress!

I received an early copy of this book, all opinions are my own and this is an honest review of Focused. Thanks to Enticing Journey Promotions for the early copy.
Read more
One person found this helpful
Helpful
Comment Report abuse

Claypot2850
TOP 50 REVIEWER
5.0 out of 5 stars Amazing way to kick off 2020 ❤️❤️❤️
8 January 2020
Format: Kindle Edition
All the stars in the world for this! What a way to kick off my reading for 2020!! Oh my heart! This was absolute perfection. Noah is EVERY-GROWLY-THING I want in my BBF & I just adored Molly’s quiet strength and wit. Together they were kaboom 💥

Their slow burn, their banter, their chemistry - it all added up to my very favourite kind of romance.

Karla draws you into their love story like a voyeur & oh what a story they tell. Packed with humour, emotions and supporting characters that I demand ALL get a book - it’s quite simply perfect.

Gah! Such a happy reader. I am smiling like a loon right now. Definitely recommend this one.
Read more
One person found this helpful
Helpful
Comment Report abuse

Kelly
TOP 50 REVIEWER
4.0 out of 5 stars 4 stars
11 January 2020
Format: Kindle Edition
Molly Ward is one of Logan Ward's 4 sisters first introduced in The Marriage Effect. The girls were hilarious and a handful for Logan, so I'm really glad they are all getting their own books.

In Focused, after not seeing him for years, Molly once again finds herself in the company of Noah Griffin. They haven't laid eyes on the other since they were teens. Noah presents as unavailable and very stand offish to Molly to begin with. Completely understandable as from his POV, her teenage actions nearly derailed his career. These 2 have such great chemistry, I adore a good second chance romance, especially when one of the characters is super grumpy towards basically everyone. Except his grandma ( so sweet ).

Faked is the next book releasing in the series, which will be Claire's book. I REALLY WANT Isabel's book - that tiny little teaser at the gym............I really hope he turns out to be her guy.
Read more
Helpful
Comment Report abuse

5Star
TOP 500 REVIEWER
5.0 out of 5 stars Great read
10 January 2020
Format: Kindle Edition
I really liked this book and didn’t realise it was another in the Washington wolves series till a little bit in. I loved that we finally get to see what happens down the track with Mollie and Noah after that incident where she climbed window in her brother, Logan’s book, The Marriage Effect.

This was a really good story with entertaining and endearing characters and I genuinely can’t wait to read about the other Ward sisters.
Read more
Helpful
Comment Report abuse

AmazonCustomer2017
5.0 out of 5 stars Love
13 January 2020
Format: Kindle Edition
Well-written!! I love reading Karla’s stories! She has a an incredible writing style that I enjoy reading! Karla S is a talented writer who draws the reader in to the story! I had to keep reading! I loved the original storyline of Molly and Noah that started in Logan and Paige’s story! I’m so glad Karla shared their story!
Read more
Helpful
Comment Report abuse

Angela
5.0 out of 5 stars Nice Read, loved it!
15 January 2020
Format: Kindle Edition
I really enjoyed reading this book, the story keep me scrolling up and wanting to find out more. I loved the family moments and the dedication of her brother and Paige. I loved Molly’s line “maybe it’s his turn to climb through my window” I was kinda wishing that scenario might have been included as part of his endgame scene, but I must say the one we got was pretty special. Looking forward to reading more from this author. Give this book a read if you love sports, family fun & the guy finally wakes up and gets the girl books.
Read more
Helpful
Comment Report abuse
See all 6 customer reviews
Write a customer review

Go to Amazon.com to see all 138 reviews 4.7 out of 5 stars
Get FREE delivery with Amazon Prime
Prime members enjoy FREE Delivery and exclusive access to movies, TV shows, music, Kindle e-books, Twitch Prime, and more.
> Get Started
Back to top
Get to Know Us
Make Money with Us
Let Us Help You
And don't forget:
© 1996-2020, Amazon.com, Inc. or its affiliates