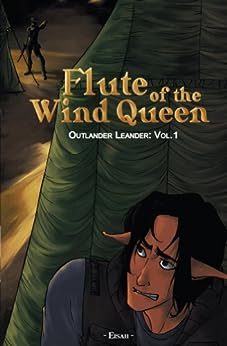 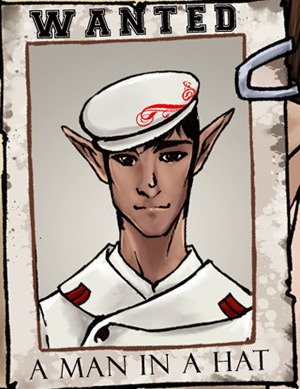 by Eisah (Author), Silvia Viyuela (Illustrator), Laurie Laliberte (Editor) & 0 more Format: Kindle Edition
See all formats and editions
Sorry, there was a problem loading this page. Try again.
Leander is an energetic young man who wants to become a treasure hunter. When his dad is deployed he sees it as an opportunity to go on his first adventure; which unfortunately leads him straight into enemy territory. All ambition and no skill or experience, he stumbles his way around enemy camps to find the famous relic the Wind Queen left behind.
Read more
Previous page
Next page

A quiet recluse who lives somewhere on the planet Earth. Possibly human, though this is unconfirmed.

L. Parker
4.0 out of 5 stars Imaginative and exciting tale
Reviewed in the United States on 24 May 2013
Verified Purchase
Flute of the Wind Queen is a fantasy adventure for young readers. It was entertaining and well written. The book includes several nice illustrations. Our hero is Leander, a seventeen-year-old boy, living on his own while his father is off at war. Told in the first person, Leander often views life with a mild sense of humor. His floppy, expressive ears were funny and his loving relationship with his father was sweet.
The story starts with a bang as Leander, who admires the heroic treasure hunter Tevias, and decides to make a name for himself by finding the Wind Queen's flute and returning it to her memorial. The queen's flute disappeared around the time Nagdecht was attacked by neighboring Gueran. Leander teams up with Ellora, an aspiring actress and Deckard, a young Gueranian soldier who has been imprisoned for refusing to fight. Ellora does not seem particularly trust worthy and Deckard is Gueranian, a sworn enemy of Nagdecht.
I found it interesting when the young men argue over war propaganda. Leander was uncomfortable to discover that what he had been led to believe might not be the entire truth. That there are two sides to the conflict and neither land is totally right or wrong.
At only 181 pages, I think the book was too thin and could have been pumped up with more background and some of the tension could have been heightened. I wanted to know about the Wind Queen, why she was so important and what made her talent so special. Why would this young man risk his life for her flute? Some parts of the story were vividly told while other aspects were glossed over or left completely unexplained. For example, how Leander escaped from a wooden packing crate was told in minute detail--which I did not mind because it displayed the hero's tenacity and sharp reasoning skills. Later when he was captured by Gueranians, the story jumps straight to a prison cell. I felt like something was missing.
Overall, Flute of the Wind Queen was a good story and I would recommend it to young readers who enjoy fantasy. The ending left the reader ready for the sequel.
Read more
Report abuse

S. M. Russell
4.0 out of 5 stars I could tell from the beginning I wasn't the target ...
Reviewed in the United States on 14 May 2016
Verified Purchase
I could tell from the beginning I wasn't the target audience for this book. However, the title and concept intrigued me. I felt the main character was written very realistically with his flaws and hopes. I wanted to read it again before reviewing it, but I haven't had a chance lately. While I feel that the main feel of the book is pointing toward a plot more complex than your basic coming of age, it still has the light-hearted elements that would appeal to a young adult audience, especially the way Leander reacts to the other people he meets on his quest to find the flute.

The story ended quite abruptly, leaving me wishing for more. I think some of the other books are out, so I should run to check on them.
Read more
Report abuse

liz
5.0 out of 5 stars great book!
Reviewed in the United States on 24 March 2014
Verified Purchase
Great story, interesting characters that you find yourself cheering for! easy to read, a bit shorter than i am used to but the story flowed very nicely and kept up my interest. I am looking forward to reading the other volumes in this series and would definitely recommend this book to young adult readers and older.
Read more
One person found this helpful
Report abuse

Angie Tap
4.0 out of 5 stars Flute queen
Reviewed in the United States on 31 December 2012
Verified Purchase
I chose this rating because it was a real awesome adventure. And I liked the flute queen she was funny and sassy.
Read more
Report abuse
See all reviews
Report an issue
Does this item contain inappropriate content?
Report
Do you believe that this item violates a copyright?
Report
Does this item contain quality or formatting issues?
Report