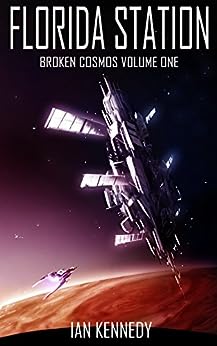 Ying Xiao
5.0 out of 5 stars Loved it (bought the next two books already); what a surreal dystopian world
Reviewed in the United States on 17 March 2018
Verified Purchase
I blazed through this book, and absolutely loved it. Still digesting it, but here's my review:

This book was a blast to read, the basic storyline follows three major characters as they struggle to survive in a dystopian future that's both fascinating and bizarre. Their struggles are engaging in a sophisticated way -- there are no heroes here, just humans scrabbling for existence. And although there are conflicts with physical enemies (i.e., other humans), the internal conflicts (addiction, suicide, loneliness) were much more moving, and were explored thoughtfully.

The world Kennedy has created is a post-apocalyptic one -- humanity has achieved spaceflight, but only to the edges of our own solar system. In many ways though, humanity has become vastly ignorant and deeply superstitious, both tribal and violent. There are some fun flourishes here -- religion has changed in ways that are both recognizable and grotesque. It's a low technology world -- no hyperdrives or ansibles or "beam me up Scotty" here, just a grim struggle for survival.

And finally the writing -- there's startling emotional resonance in places, where the book was really moving. And I loved the description of zetting -- as a computer programmer by profession, I got a real kick out of that part!