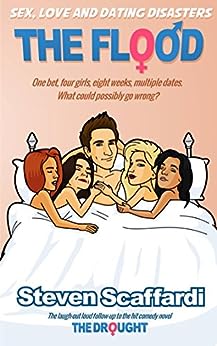 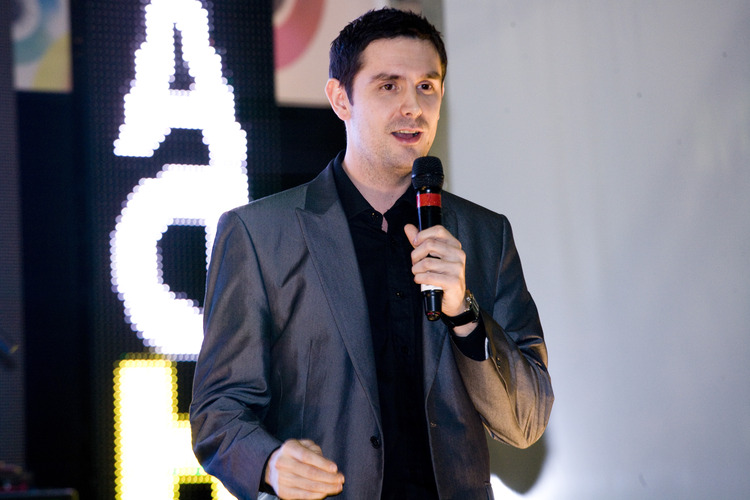 Steven Scaffardi was born in Tooting, south London. A former journalist, The Drought was his first novel and has already received praise from television personalities and journalists alike, as well as being shortlisted for the Shirley You Jest Book Awards.

In 2011 he spent 12 months on the London open mic stand-up comedy circuit, finishing runner-up in the Golden Jester stand-up comedy competition for his brand of comedy that combined witty observation with self-deprecating humour; incorporating tales of relationships, dealing with life in his 30s, and the situations he encounters as a man.

Praise for The Drought...

"Steven Scaffardi's first novel is absolutely hilarious and will leave every reader, male or female, laughing out loud."

"A pleasantly darker alternative to the offerings of Mike Gayle. All hail the arrival of Steven Scaffardi."

"I laughed so much I spat my tea out!"

"The Drought is a good, entertaining read. It hits what could be a gap in the market."

"WARNING - This book will make you cry... with laughter! The perfect gift for the lad in your life!"

"Witty, well-written, and pulls no punches. Scaffardi has an imaginative mind that needs to be unleashed!"

The Flood is the hilarious follow-up to The Drought and will be available in March 2016.

Kerry Parsons
5.0 out of 5 stars Laugh out loud funny!
Reviewed in the United Kingdom on 6 June 2017
Verified Purchase
Having read The Drought (Sex, Love and Dating disasters, Book 1) not so long ago I just had to read The Flood as soon as I possibly could.
These books are just hilarious!! If you fancy a laugh, give them a go, I'm sure you won't be disappointed.
I have thoroughly enjoyed catching up with Dan, Rob, Ollie and Jack (amongst others) again, but especially Dan. I definitely have a soft spot for him. He really needs to chill out and go with the flow a bit more. He tries far too hard, in an attempt to impress the ladies, and in doing so gets himself into all sorts of awkward situations!! (The men's toilet scene with Dan and Ronnie! LOL!!!!!! One of many hilarious moments.)
In contrast to The Drought, where Dan fails to get his leg over for what seems like an eternity, The Flood sees him trying to juggle four different women and not at all successfully, bless him. It makes for a highly amusing read though. I loved it!
Brilliantly written, character driven, laugh out loud funny..... Steven Scaffardi makes writing comedy look easy!
I can't wait for Book 3!
Read more
One person found this helpful
Report abuse

J Field
5.0 out of 5 stars Fab read!
Reviewed in the United Kingdom on 4 July 2016
Verified Purchase
I highly recommend The Flood #2 in the Sex, Love and Dating Disasters series, The Drought being #1.

An absolutely hilarious lad lit comedy based on Dan and his disastrous love/sex life. Dan's friends Rob, Jack, Ollie and 'Iron' are a great comedic group of friends and the girls, Shaila, Grace, Denise and Kelly make up some real awkward situations with Dan trying to juggle all of them for a bet. There were so many twists and turns, just when I thought I knew what would happen next, the author took us in a different direction. Awesome writing!

There are some real fun characters but some very weird ones too just to keep us readers on our toes. If you are looking for a laugh out loud read then this is the series for you. An absolute must!

I've been left with a book hangover now and I can't wait for #3.
Read more
Report abuse

Trackmonkey
5.0 out of 5 stars Hilarious Read
Reviewed in the United Kingdom on 29 June 2018
Verified Purchase
A fantastically funny read both books in the series extremely funny.
Read more
Report abuse

Declan Nash
5.0 out of 5 stars Funny
Reviewed in the United Kingdom on 29 June 2017
Verified Purchase
Very funny..hero not afraid to laugh at himself and be honest when it really matters!! A nice,harmless plot and one we can readily identify with.
Read more
Report abuse

Leigh Mitchem
5.0 out of 5 stars Brilliant laugh out loud book that lives up to its claim!
Reviewed in the United Kingdom on 23 December 2017
Verified Purchase
Absolutely loved it! Lots of laugh out loud moments and every character is likeable. Brilliant.
Read more
Report abuse
See all reviews
Back to top
Get to Know Us
Make Money with Us
Let Us Help You
And don't forget:
© 1996-2021, Amazon.com, Inc. or its affiliates