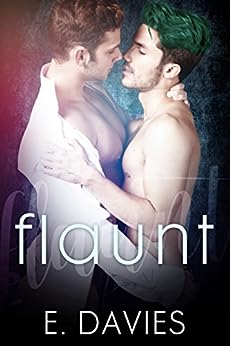 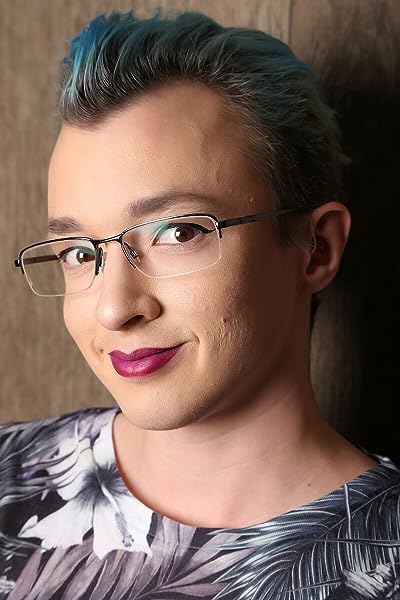 E. Davies was proficient in real estate ad shorthand (the old-fashioned newspaper kind) by the age of nine. Growing up moving constantly taught him what people have in common, the ways relationships are formed, and the dangers of "miscellaneous" boxes.

As a teen, he tore through a stack of found romance novels, wishing someone had written similar for M/M, though he could never find anything at Chapters or the library. Just after graduating university in 2013, semi-out and clutching his English B.A. for dear life, he stumbled on an Amazon M/M short story. It was a whole new... phrase he dares not repeat for fear of lawyers. It shone and shimmered splendidly, though.

After failing forty times to avoid crafting happily-ever-after endings for steamy short stories, he plunged into romance novels and hasn't looked back. As a young gay author whose formative gay fictional role models were characters punished for their sexuality, Ed prefers his stories lightly dramatic, full of optimism and hope.

Now out and proud, he writes full-time, goes on long nature walks, tries to fill his passport, drinks piña coladas on the beach, flees from cute guys, coos over fuzzy animals (especially bees), and is liable to tilt his head and click his tongue if you don't use your turn signal.

SIMMERRI_1
5.0 out of 5 stars Sweet start to a new series
Reviewed in Australia on 29 March 2020
This book is the sweetest - not saying it doesn’t have angst as it has a tiny bit but mostly it’s just so sweet. The MCs - Nic and Kyle are so different on the surface but once they get to know each other they find they have so much in common. Nic is very sensitive and uncertain about his sexuality, he is trans and is very unsure about appearing less than manly. His dress sense at the start says it all, dark colours, very uptight almost - but he isn’t actually like that at all. My favourite moment was the first day he went to work wearing his new pink shirt with his grey scarf from Target. He felt better being able to be himself and his confidence just grew. Beautiful.
Kyle is working for an LGBT charity and is consulting with Nic on developing new software for that charity. Kyle is out and proud with his green hair, blouses, skirts or dresses matched with skinny jeans and makeup. He is confident enough to flaunt it and Nic envies that so much.
Love the character growth in this story - Nic comes a long way towards accepting himself and finding what he likes and wearing what makes him feel happy and confident. Kyle slowly starts to let Nic in more and slowly, very slowly, starts to feel he isn’t too much for Nic - he’s perfect for him.
I really liked how sensitively transgender was portrayed here and how Nic is still deciding what to do with his future in terms of more surgery or not.

Sue bowdley
4.0 out of 5 stars Loved It x
Reviewed in the United Kingdom on 15 June 2019
Verified Purchase
This is the first book by this author and I wanted to read this one first because I love books dealing with Transgender...I loved this..Nic and Kyle seemed to fit together so well...A fairly easy read and I loved the authors way of writing..The only reason i'm giving it 4 stars and not 5 is that slight niggle I have that other reviewers seemed to have had..the no use of condoms when they first get together...Someone who works for an HIV charity would not go bare with a stranger....But saying that I still loved it and I will definitely be reading more from this author x
Read more
Report abuse

Helen Juliet
5.0 out of 5 stars A Wonderful Read
Reviewed in the United Kingdom on 30 June 2017
Verified Purchase
I absolutely loved this book. It was so refreshing to read a mm romance that just *happened* to be about a trans man. Nic is a wonderful character and his relationship with the flamboyant Kyle progresses at a believable and natural pace. A great study in what it means to be a man and the exploration of masculinity and femininity. The plot had just the right amount of drama and angst, and the darker elements were handled sensitively.
Read more
One person found this helpful
Report abuse

Midnawolf
4.0 out of 5 stars Another great read from this author
Reviewed in the United Kingdom on 4 February 2017
Verified Purchase
Mr Davies has done it again, his books get better and better and this one is no exception. What's different about this book from most of his others is that one of the main characters is a post op trans man and the other is a "femme" gay man. The story is more about liking and excepting the person you are and not the person others think you should be and that's what makes this book a little bit special. Recommended
Read more
Report abuse

Racaim
5.0 out of 5 stars Awesome!
Reviewed in the United States on 1 February 2017
Verified Purchase
I was so looking forward to this new book of E Davies and it did not disappoint! I loved the whole aspect of this book. Kyle with his sassy green hair, his clothing and the out and proud demeanour. Nic, a shy transgender gay man but was a perfect blend for Kyle. It’s heartbreaking and heart-warming and there is a little bit of suspense to keep the story going. However to me, Kyle & Nic coming more and more out of their shells and growing together was more endearing and appealed to me. The fact the book has characters that are not just your MM’s but have gone through changes and struggles made them even more real and attractive.
Good story once again. I am really glad I found this author as to me I think his work gets better and better as they go along. Can’t wait to read Freak.
Read more
6 people found this helpful
Report abuse

Sierra
5.0 out of 5 stars Davies can definitely write characters and emotion!
Reviewed in the United States on 22 February 2017
Verified Purchase
Flaunt is one of those books that I'm glad I stuck with. Up until about 50% I was feeling that I really wasn't the intended audience--I was too old and too "cis". There were lots of terms being bandied around and so many details of the workings and causes of Kyle's LGBT charity that I felt disconnected. Many things and concerns I had never been exposed to before and, while on the one hand I was glad to learn some things, on the other I felt like I was getting an information lecture. I'm also a hardliner on the use of condoms as opposed to PReP and I didn't like some of the things that felt were irresponsible for Kyle--especially based on his job. So I was feeling a little alienated up to that point and about to put the book down when I decided instead to press on. Man, I'm glad I did! At around the halfway mark the relationship really got going and it became about the two of them and how they fit into each other's life. Each of them had painful things in their pasts that put some hiccups in their relationships and Nic was "there" way before Kyle which made for an interesting dynamic. Added to this was the issue of Nic's repression and fear of his femme side and his fear of being noticed. Seeing both men help each other bloom was great and very touching. I finished the book feeling very lighthearted and full of (non-sappy) warm fuzzies. I plan to preorder River's story right away because this is writer who can definitely write characters and emotion. Awesome story, highly recommended.
Read more
5 people found this helpful
Report abuse
See all reviews
Back to top
Get to Know Us
Make Money with Us
Let Us Help You
And don't forget:
© 1996-2021, Amazon.com, Inc. or its affiliates