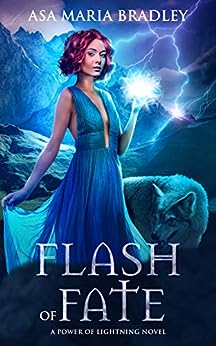 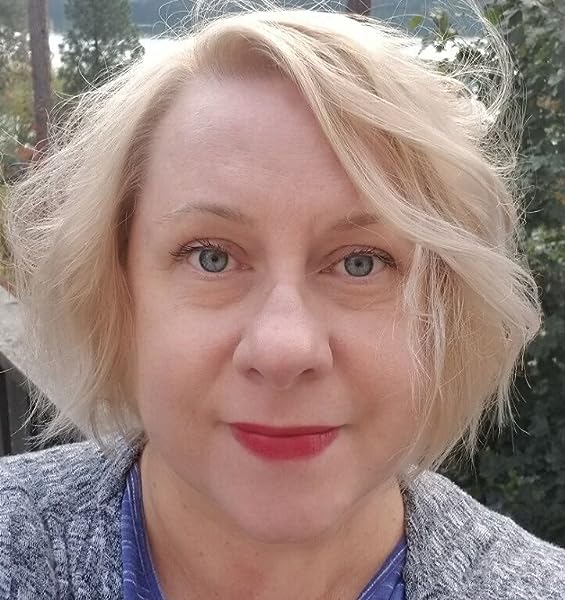 by Asa Maria Bradley (Author) Format: Kindle Edition
See all formats and editions
Sorry, there was a problem loading this page. Try again.

She has new powers, but when old enemies arise, does she have the strength to control them?

Twin kids are being abducted across the country--with one left behind drugged and positioned like a corpse, while the other vanishes faster than a lightning strike. No sound, no trace, no clue.

Forensic artist Molly Nyland is determined to find the kidnappers and the lost kids, and while she’s come to terms with her bizarre ability to detect when someone holds back the whole truth, she does not have time to master new powers that may burn her alive. To complicate matters more, her sexy detective boyfriend still struggles with PTSD while cultivating his own strange new abilities.

Then because child abductors, unpredictable supernatural talents, and PTSD aren’t enough, Molly and her boyfriend must join with Molly’s ex in order to solve the case of the missing kids. The increased strain threatens to break their relationship, and that’s before old foes resurface to hunt Molly again.

The only way for her to find the missing children and combat the enemy…is by jumping straight into the rising storm.

***Des and Molly are back in the second stand-alone installment of the Amazon Best-Selling Power of Lightning series. Grab your copy today***

Asa Maria Bradley grew up in Sweden surrounded by archaeology and history steeped in Norse mythology, which inspired both her Viking Warriors and the Norse Billionaire Shifters sexy modern-day paranormal romance series. She also writes urban fantasy about empowered heroines who kick ass while saving the world.

Booklist attributes her writing with “nonstop action, satisfying romantic encounters, and intriguing world building” and Entertainment Weekly says “when it comes to paranormal romance with explosive action scenes, Bradley has that nailed.” Her work has received the honors of a double nomination for the Romance Writers of America’s RITA contest, a Reviewers’ Choice Award nomination, a Holt Medallion win, and a Booksellers’ Best Award win.

Asa arrived in the United States as a high school exchange student and quickly fell in love with ranch dressing and crime TV dramas of all flavors, two addictions she unfortunately still struggles with. Currently, she lives on a lake deep in the forest of the Pacific Northwest with a British husband and a rescue dog of indeterminate breed. Sadly, neither of them obeys any of her commands.

4.2 out of 5 stars
4.2 out of 5
66 global ratings
How are ratings calculated?
To calculate the overall star rating and percentage breakdown by star, we don’t use a simple average. Instead, our system considers things like how recent a review is and if the reviewer bought the item on Amazon. It also analyses reviews to verify trustworthiness.

Nana
5.0 out of 5 stars A good and fast read
Reviewed in Australia on 30 December 2020
Verified Purchase
Building on the first book in the series, we get the next step in the adventure. Could also be read as a stand alone book.
More delicate readers beware - the content of this book is unlikely ro suit you.
Read more
Helpful
Report abuse
See all reviews

Riverwitch
2.0 out of 5 stars Misled and Disappointed
Reviewed in the United States on 5 October 2020
Verified Purchase
I loved the first book in this series, and I also enjoyed this story, or what there was of it. This story is advertised as having 212 pages, 100 pages less than the first book. Okay, well, I figured it would still be good even though I very rarely buy a book that's less than 300 pages. What really upset me was that the story is actually only 158 pages - not a novel by any stretch of definition. The other 50 pages were the first chapters of the first book, which I already read and paid for. I feel misled and betrayed. Even though I liked the story and the writing was reasonably good, I will not buy anything from this author again. Maybe I'll read more if it goes on Kindle Unlimited, but I won't pay money for less than what is advertised.
Read more
2 people found this helpful
Report abuse

I honestly didn't realize how many threads, left open from the first book, would be wrapped up in this one. Maybe saying to much on that would be a spoiler so I will just say its satisfying even if it was a little abrupt.

Excited to see where things go from here for Molly and Des..
Read more
One person found this helpful
Report abuse

Scarolet Ellis
5.0 out of 5 stars Amazing Urban Fantasy/Paranormal Romance
Reviewed in the United States on 31 January 2021
Verified Purchase
Flash of Fate: A Sizzling Urban Fantasy by Asa Maria Bradley is an amazing story to read. This is book number two in this amazing series that I have been hooked on since the beginning. I highly recommend this story to everyone who loves reading about urban fantasy and paranormal romances.

Sylvia Grachek
5.0 out of 5 stars Colorado Case For Molly and Des
Reviewed in the United States on 19 November 2020
Verified Purchase
I love this new case for Molly and Des. Who is behind the disappearance of the twins? It's a paranormal twist that will blow you away. Molly is getting used to a new power and Des is dealing with new developments too. It was so exciting that I couldn't stop reading! I highly recommend this book
Read more
Report abuse

JW USA
2.0 out of 5 stars Jarred
Reviewed in the United States on 2 November 2020
Verified Purchase
Molly and Des discover more powers and overcome the crazy cult. The plot is bizarre. The cult and ex come out of no where. The issue of lack of communication is glossed over. This had potential but just not a complex world.
Read more
Report abuse
See all reviews
Report an issue
Does this item contain inappropriate content?
Report
Do you believe that this item violates a copyright?
Report
Does this item contain quality or formatting issues?
Report