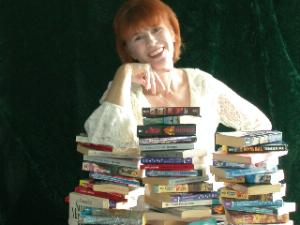 by Donna Ball (Author)
4.6 out of 5 stars 404 ratings
See all formats and editions
Sorry, there was a problem loading this page. Try again.

A powerful new series from the author of the Raine Stockton Dog Mysteries... Almost two years ago the sleepy little community of Dogleg Island was the scene of one of the most brutal crimes in Florida history. The only eye witnesses were a border collie puppy and a police officer. Since that time Flash has grown from a puppy into a vital part of the Dogleg Island Police Department, and has lived happily with the two people who rescued him on that horrible night: Deputy Sheriff Ryan Grady and Police Chief Aggie Malone. Now the trial of the century is about to begin. The defendant, accused of slaughtering his parents in their beach home, maintains his innocence. Aggie and Ryan, the top witnesses for the prosecution, know he is lying. But only Flash knows the truth. And with another murder to solve, a tangle of conflicting evidence to sort out, and a brutal storm on the way, the truth may come too late... for all of them.
Read more
Previous page
Next page

Page 1 of 1 Start overPage 1 of 1
Previous page
Next page
Start reading Flash (Dogleg Island Mystery Book 1) on your Kindle in under a minute.

Donna Ball published her first book in 1982. Since that time she has written over eighty works of commercial fiction under pseudonyms that include Rebecca Flanders, Donna Carlisle, Leigh Bristol, Taylor Brady, and Donna Boyd. She is known for her work in women's fiction and suspense, as well as supernatural fantasy and adventure. Her novels have been translated into well over a dozen languages and have been published in virtually every country in the world. She has appeared on Entertainment Tonight and Lifestyles of the Rich and Famous, and has been featured in such publications as the Detroit Free Press, the Atlanta Journal Constitution, Ladies Home Journal, Good Housekeeping, and even T.V. Guide. She is the holder of the Storytelling World award, 2001, the Georgia Author of the Year Award, 2000, Romantic Times Reviewer's Choice Awards for consecutive years 1991-1996, the Georgia Romance Writer's Maggie Award, and the Lifetime Achievement Award from Romantic Times, among others.

Donna lives in the Northeast Georgia Mountains in a restored Victorian barn which was the inspiration for A YEAR ON LADYBUG FARM and AT HOME ON LADYBUG FARM. She spends her spare time hiking, painting, and enjoying canine sports with her four dogs-- two golden retrievers, a rough collie, and a border collie.

4.6 out of 5 stars
4.6 out of 5
404 global ratings
How are ratings calculated?
To calculate the overall star rating and percentage breakdown by star, we don’t use a simple average. Instead, our system considers things like how recent a review is and if the reviewer bought the item on Amazon. It also analyses reviews to verify trustworthiness.

Kathy
3.0 out of 5 stars Talking dog
Reviewed in Australia on 18 February 2019
Good, except for the dog thinking like a person. Made it childish.
Read more
Helpful
Report abuse
See all reviews

Gigbrewster
5.0 out of 5 stars A1 read - not to be kissed.
Reviewed in the United Kingdom on 29 April 2016
Verified Purchase
This book is bull of romance suspense and happy endings but with lots of twists along the way. A must read. It keeps your attention from a he first page to the last and it is worth the ra me it takes to read. I recommend it for dog lovers, mystery lovers and anyone who enjoys a good romance.
Read more
Report abuse

Mealoaf
5.0 out of 5 stars New Series Great
Reviewed in Canada on 2 April 2016
Verified Purchase
Have read and enjoyed all of "Raine Stockton" Series. This new series is quite different. Not a surprise as the personality differences between Golden's and Borders are huge. "Flash" is not a "typical" canine as he has a few special abilities. Makes for a more rounded story. Human characters are also well developed.
Read more
One person found this helpful
Report abuse

Bill Friend
5.0 out of 5 stars FUN READ FOR BORDER COLLIE OWNERS
Reviewed in Canada on 4 November 2018
Verified Purchase
God help us if BCs really had this degree of cognition.
Read more
Report abuse

Sandra Smith
4.0 out of 5 stars Four Stars
Reviewed in Canada on 5 October 2016
Verified Purchase
great characters and story
Read more
Report abuse
See all reviews
Back to top
Get to Know Us
Make Money with Us
Let Us Help You
And don't forget:
© 1996-2021, Amazon.com, Inc. or its affiliates