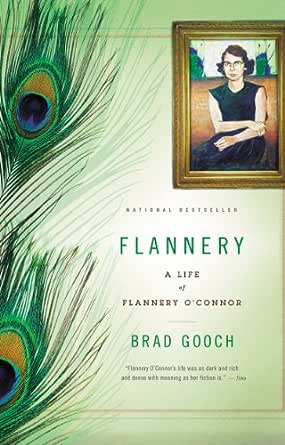 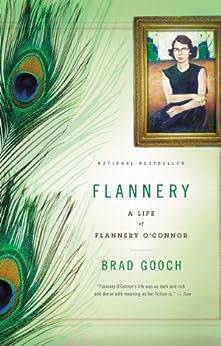 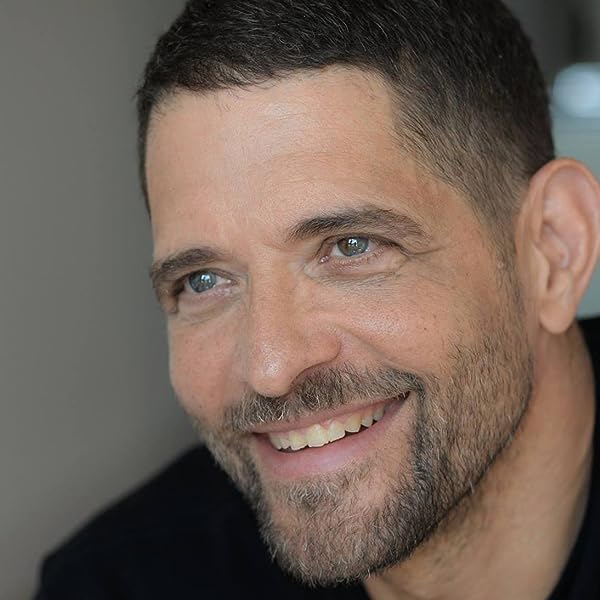 Gooch is a perceptive guide to O'Connor's work and life, which until now have remained hidden behind the fence of her mother's 550-acre farm, where O'Connor lived as a 'hermit novelist (from the age of 26')

- TELEGRAPH 'Skilful in marshalling the often humdrum details of O'Connor's life into a readable narrative, Gooch has produced as good a biography as, perhaps, we're likely to get (- SUNDAY TIMES 'A thoroughly researched record of O'Connor's life')

The first major biography of one of the greatest writers of the South, whose books will 'live on and on in American literature' (Elizabeth Bishop).
See all Product description
click to open popover

The reason I voted four stars instead of five is that I found myself struggling to keep all of the O'Connor's relationships straight. Gooch throws out an awful lot of names, sometimes many at once, and it can be difficult to keep track of them as the story progresses. Therefore, if one is not familiar with the literary figures O'Connor in O'Connor's life, it can get a little confusing. But this is a small point, because in the end many of the relationships Gooch features are intended to say something about O'Connor: her wit, her faith, her introversion and awkwardness, and her inner-emotional life.

Over-all, this was a book that helped me fall in love with this spunky writer all over again. The most precious piece of Gooch's book for me was his exposition of O'Connor's faith: it was so intriguing to see how she lived out her faith in a literary culture that was at best dismissive, and at worst disparaging toward people of faith (I am thinking here of her experience at Yaddo). Yet, amidst it all, Flannery was able to remain herself and maintain her integrity, living out her faith with wit, grace and poise. I highly recommend it to all, especially to Catholics and other religious people looking to hear a story about a woman who was able to engage the culture with her faith intact. Bravo, Brad Gooch!
Read more
4 people found this helpful

medievalReader
5.0 out of 5 stars Superb biography of an outstanding author.
22 January 2015 - Published on Amazon.com
Verified Purchase
I enjoyed the book so much. It is well-written and researched. I became even more fond of Flannery O'Connor as I read this book. I'm from the South, and I found myself laughing out loud as I the many similar mores I experienced growing up at a later time. I could almost hear her Georgia accent. The book is a terrific account of an extremely talented, wickedly funny woman who continued her life as normally as possible after her illness was diagnosed. Nothing could keep her from writing. I wish I could have known her.
Read more
6 people found this helpful

R. DelParto
4.0 out of 5 stars The Mysterious Aura of Flannery O'Connor
26 July 2010 - Published on Amazon.com
Verified Purchase
American literature has produced an array of poets and writers that have captured the imagination of its readers. The works of Flannery O'Connor is no exception, and with many who have encountered her works be it in high school or in college, who cannot forget the somewhat surreal Good Country People that is embedded within an American Literature Anthology? As with most of her stories, very reflective of her personal life and one that stays with the reader. This anecdote as well as many more may arise when reading Brad Gooch's biography of the astute writer Flannery: A Life of Flannery O'Connor. O'Connor, during her lifetime possessed a mysterious and reserved persona that one could only relate to in terms of what she wrote.

That part of her life is still in tact in the book along with much elaboration that Gooch writes of that exposes and adds another dimension to who she was as a woman writer who had limits that she controlled despite preexisting illnesses that did not hamper her abilities if she could help it but also encountered boundaries that she crossed in her 39 years. Having been inspired to write a biography since exploring her work before and after graduate school, Gooch revels with the events that occurred in O'Connor's life, her works, and the story of how he came about to writing the next O'Connor biography, which appeared to be happenstance; in connection to O'Connor's friend Sally Fitzgerald already preparing to write a memoir of her dear friend, she passed away in the interim and left an unfinished manuscript, which Gooch would help to complete in six years. Beyond what readers already know, Gooch intertwines critical analysis and background information of her well known works but delves deeper inside O'Connor's personal and religious life, a devout Catholic and a native Southerner of the state of Georgia, born in Milledgeville, clearly lived within the world of literati and kept abreast with whirlwind associations that she wrote in letters and correspondences that she exchanged with close friends Maryat Lee, Betty Hester, Erik Langkjaer, Sally Fitzgerald, writers Robert Lowell and Elizabeth Bishop, and editor and publisher Robert Giroux, that helped to contribute to her creative and unique telling of the human condition of the characters engrossed between good and evil that would eventually find their way onto her typewriter at her homestead at Andulasia; with those underlying elements, O'Connor interweaved social and religious commentary within the storylines that are reflections of the turbulent period of the 1950s and early 1960s, the Civil Rights and Cold War era, in the South that also appear somewhat gothic in nature.

Flannery may invoke and surprise readers who may not be familiar with her life but may have had an inkling of what her stories may have been about. After reading this biography, perceptions may change on how readers have looked at O'Connor's works, and Gooch suggests that her writings are as comparable and notable as male Southern writer counterparts, William Faulkner and Walker Percy, indeed great American writers of the twentieth century. But whatever inclinations may arise, Flannery O'Connor helped to contribute to the great works of American literature.
Read more

Mark Clegg
4.0 out of 5 stars Commendable Biography on a Difficult Subject
25 October 2009 - Published on Amazon.com
Verified Purchase
It was never going to be easy to write a biography about Flannery O'Connor. The brevity of her life combined with her private nature and the remoteness of Milledgeville, Ga make her life a difficult subject to tackle.

Having said that, Gooch does a commendable job. Her well-chronicled quirkiness is captured, starting with her televised backwards walk with a chicken at the age of five. The isolation she felt in the Protestant South, where less than 1% of Georgians, for instance, were Catholic, combined with her debilitating illness and the loss of her beloved father at an early age are well described as events that shaped her as a writer.

Gooch does a nice job of tying the people and events of O'Connor's life to her works, such as the tenant farmer family living at Andulasia and the characters in "Good Country People."

O'Connor's Catholicism and how it relates to her works is certainly a subject that is well-covered, and this manifests itself in the Protestants who find grace through painful and violent change, such as Amos Motes or the mother in "A Good Man is Hard to Find."

Ultimately, this well-researched book provided what I wanted to know about O'Connor - her Thomist view of life, her conflicting views on race and culture, her friendships (particularly with Thomas Merton and the Trappist monks in Conyers, Ga) are all covered in this book.

One minor criticism: by all accounts in this book, O'Connor was a skilled cartoonist. A couple of examples of her work as a student from Georgia College would have been nice.
Read more
4 people found this helpful
Go to Amazon.com to see all 56 reviews 4.0 out of 5 stars
Get FREE delivery with Amazon Prime
Prime members enjoy FREE Delivery and exclusive access to movies, TV shows, music, Kindle e-books, Twitch Prime, and more.
> Get Started
Back to top
Get to Know Us
Make Money with Us
Let Us Help You
And don't forget:
© 1996-2020, Amazon.com, Inc. or its affiliates