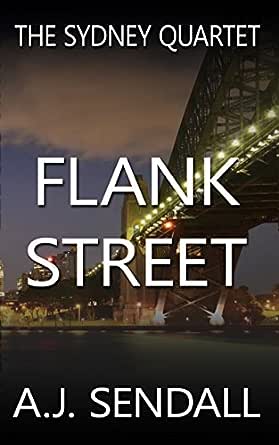 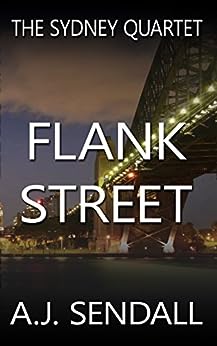 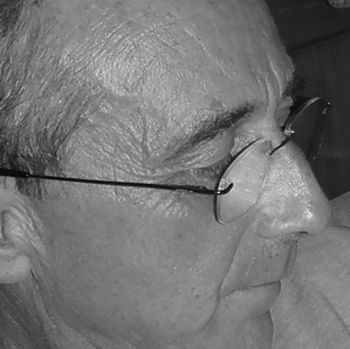 Awarded the AIA Seal of Excellence for Outstanding Fiction, and the prestigious B.R.A.G. Medallion, Flank street is an unforgettable novel from “One of the most distinct and exciting new voices in crime writing.”

A woman with a lust for money and danger…
A man with a hunger for risk and adrenaline…
Can they con the Sydney underworld and get away with murder?
Or will they both end up dumped in a dark alley?
No one can be believed. No one can be trusted.
Welcome to King’s Cross…


When Micky DeWitt sails into Sydney, Australia, his only assets are a run down yacht, his wits, and the skills he’s picked up as a dedicated career criminal.
Shiftless, cynical and dishonest, even with himself, Micky takes a job as a barman in Sydney's seedy red light district of Kings Cross. He’s a chameleon, seeing himself as both master criminal and chilled-out world sailor. He wants a life on Easy Street, is driven by the desire to ‘get away with it,’ and addicted to the adrenaline rush that comes with that life.


Carol Todd is turned on by money and risk-taking. For Carol, there’s no such thing as “enough”. Being an escort to a few wealthy clients is just a means to an end. A couple of underworld connections help, too. But what she needs for her latest con is a fall guy—someone she can use and lose once she’s done with him. And Micky DeWitt looks like the perfect man to fall into her sultry, seductive honey trap.


Playing to Micky’s twisted sense of chivalry, Carol leads him into a hedonistic free-fall. As Micky’s life spins out of control it doesn’t take long to graduate from burglary to arson, then accessory to murder. And no matter which way he moves, someone’s going to get hurt… or die.

What readers are saying:
"Bloody bold, and brilliant!"
"The dialogue is short, sharp, and terse, with just the right amount of street talk to make Flank Street a compelling read for fans of hard-boiled crime fiction."
"This book is a page-turner for anyone who likes noir thrillers/mysteries."

I've always written, as far back as I can recall anyway. Until 2011, that writing was just for me, or as rambling letters to friends, and travelogues to family. I never thought about why, or if others did similarly, and the thought of publishing never entered my head. Since I left England in 1979, I've travelled widely, collecting experiences, people, and places as I did so. From the blood-soaked streets of Kampala, the polluted dust bowls of the Sahara, or the pristine ice floes of the Antarctic, I've gathered and filed them away. Some have recently squeezed through the bars of insecurity and are now at large in the pages of my first three novels. Others await their future fates. Although I grew up in Norfolk, UK, I never felt truly at home until I lived in Australia, and that is no doubt the reason my first published novels are set there. All of my books this far have some element of fact in them. I guess it's hard for any writer not to include events from their life. Our experiences shape our thoughts and the words and actions of our characters. I sometimes wish I'd become a novelist earlier in life, but then if I had, I wouldn't have the range of characters and events that I do. After spending much of my adult life travelling, I now live in a remote forest house in Germany with two Mexican dogs, an Icelandic horse, six French hens, and a mermaid who I found at a beach on the north coast of Bequia.
click to open popover

SSReadsALot
5.0 out of 5 stars Five stars for this likeable thug
12 August 2015
Format: Kindle EditionVerified Purchase
Well, well, well ... What a read! I decided to read this book because it was recently given a 5 star review by Awesome Indies, which is a pretty good recommendation. That, and it's set in Australia. And I certainly wasn't disappointed! This book has intrigue, romance, mystery - and it all takes place in the famous Kings Cross district in the heart of Sydney. The main character and narrator, Micky Dewitt, is the most likeable thug I've ever encountered, and his story kept me engaged from start to finish. Well written in every respect.
Read more
2 people found this helpful
Helpful
Comment Report abuse
See all 1 customer reviews
Write a customer review

Rosemary56
5.0 out of 5 stars Flank Street - a review by Rosemary Kenny
15 March 2018 - Published on Amazon.com
Format: Kindle EditionVerified Purchase
Micky DeWitt's a loner and a chancer, unafraid to live under the radar of everyday legalities and rules that bind the upright citizens who comprise his meal tickets in between sporadic jobs to enable him to find his next 'marks'.
Arriving on his yacht in Australia, he picks up a bar manager's job and schmoozes Meagan the smart, sassy barmaid into keeping the bar (and his bed) fully functioning, before getting manager for the Mob', Lenny sacked and taking over the whole shebang. It seems life is pretty rosy for Micky, but he's never satisfied - even when he knows he's playing with fire!

Who is Carol and where do they meet? What does Carol ask Micky to do for her? Does he agree?
How does Micky please the club's owner Sonny? How does he amend his orders? Who's the target?
What happens to them? Why is Carol's car left on a cliff top? Why does Micky go on a bender?
How is Meagan killed? Who was responsible? Who ordered it done? What happens next?

This clever, psychological murder-mystery is an absolute must for fans of Ruth Rendell, Clive Cussler and Agatha Christie, with its twists and turns and sub-plots and a ruthless criminal mastermind, who appears a completely laid-back and debonair wanderer of the high seas, when the opposite is true. A definite winner for AJ Sendall, an author I'd like to read much more from!

Mik Hetu, Author
4.0 out of 5 stars AJ Sendall is hitting his stride!
9 June 2015 - Published on Amazon.com
Format: Kindle EditionVerified Purchase
I enjoyed this book! Most importantly, I wanted to find out what happens, and without that, a story is nothing. I liked the “flawed hero”, and also AJ Sendall did a fine job of developing the character Carol, adding layer upon layer of human personality. I could relate to the characters and much milder forms of the events, all of it a subtly dealt exaggeration of common lives. This is a professional quality book. AJ Sendall is hitting his stride!
Read more
One person found this helpful

T. Sezen
4.0 out of 5 stars Great writer, great crime novel that falls apart towards the end
20 March 2016 - Published on Amazon.com
Format: Kindle EditionVerified Purchase
This is a great writer, his language is stark, precise and vivid. I loved the setting having visited Sydney twice and spent months there recently. It is a different time span (1990's) from my visits. So I did not notice any "underworld" in my visits. I loved the story, the characters. What ruined it for me was the final chapters and the epilogue, which did not make any sense and opened so many big holes in the plot so I subtracted one star from my rating. Overall it is a great crime novel that falls apart towards the end and the epilogue that does not make any sense.
Read more

Awesome Indies Reviews
5.0 out of 5 stars Flank Street is a compelling read for fans of hard-boiled crime fiction
31 July 2015 - Published on Amazon.com
Grifter Micky deWitt sails into Sydney. It’s the 1990s and all we know about him is that he knows how to handle a gun and has had to keep moving. From Hamburg to London, to Boston and Antigua, every time Micky ties up his boat in a new country, he lands himself in a heap of trouble. Is he merely moving on, or is he running away, even Micky doesn’t really know.

So why would Australia be any different? He becomes a ‘burglar, barhop and arsonist’ in King’s Cross, Sydney’s red light district, where tourists, locals, gangsters and sex workers go about their daily business.

Written in the first person, Micky’s observes the dysfunctional world around him with suspicion. And he’s right. You can’t trust anyone who inhabits Sydney’s underbelly, least of all Micky. In Micky, the author has created a most unreliable narrator. And even though this reader didn’t particularly like him, the characterisation is utterly convincing, as is the depiction of King’s Cross at the time (pre-Olympics and before the high earning corporates moved in.)

When Micky needs to escape the grimy inner city, he jumps on board his boat Nina, raising the mainsail, sailing from the relative calm of Pittwater out to the open sea at North Head. Rich in detail, Flank Street is so skillfully written, that it hooked this reader, despite lacking a subplot that might have allowed the writer to vary the pace. We never do find out what was Micky’s back story as the writer withholds this information from us, but that just adds, rather than detracts from the mystery.

Micky’s casual sexism may annoy, but it isn’t out of place in this story or genre, particularly given the setting and the era. And Micky’s characterisation is sufficiently complex for this reader to overcome any negative aspects of the world he inhabits.

The two female characters, worldly-wise Carol and the sweet and vulnerable Meagan, come across as fully realised, three-dimensional characters. When Micky first meets Carol he makes assumptions about her based on the way she presents herself to the world. But as he gets to know her, he (and we) find out that she has depth and intelligence that are not immediately revealed. The dialogue is short, sharp and terse, with just the right amount of street talk to make Flank Street a compelling read for fans of hard-boiled crime fiction. Five stars.


Read more
3 people found this helpful
Go to Amazon.com to see all 15 reviews 4.6 out of 5 stars
Get FREE delivery with Amazon Prime
Prime members enjoy FREE Delivery and exclusive access to movies, TV shows, music, Kindle e-books, Twitch Prime, and more.
> Get Started
Back to top
Get to Know Us
Make Money with Us
Let Us Help You
And don't forget:
© 1996-2020, Amazon.com, Inc. or its affiliates