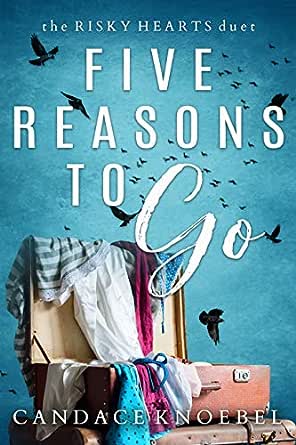 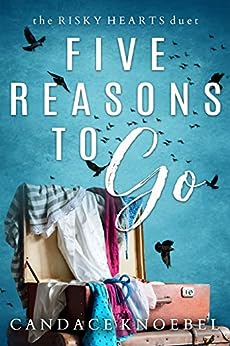 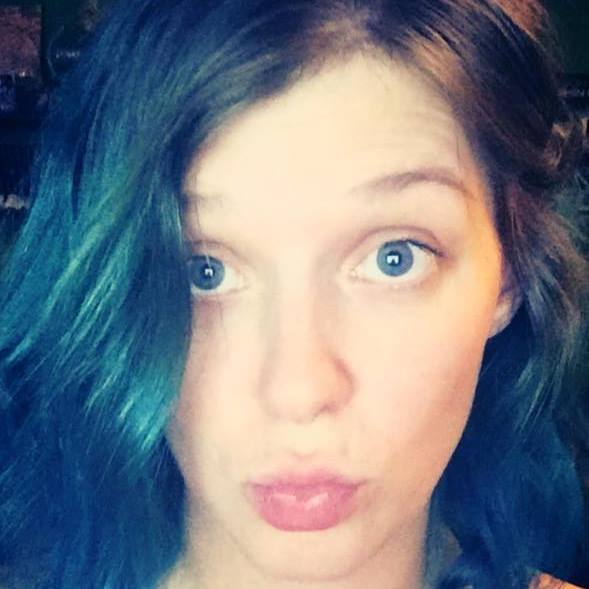 Louise O
TOP 100 REVIEWER
5.0 out of 5 stars Open Love
Reviewed in Australia on 25 October 2018
Five Reasons to Go is the final book in the Risky Hearts series, it takes you on the journey of Jack and Jessica whom we met in the first book.

This book picks up the same timeline as the first book, Ten Reasons to Stay just from Jack’s point of view, while did feel like it was repeating itself it gave me the insight into how Jack was feeling the way he was and what he was asking for.

Jack and Jessica’s love story isn’t easy, Jessica found out she was pregnant when she was 16, with no where to go she turned to the father of her baby. As the years went on her marriage of convenience continued. When she met Jack she felt free, but being free wasn’t something that she would ever be. Several years had past and they both thought about each other often, when a chance encounter brings them together they start to fight for what they want. Is Jessica finally free or will she be tied to the life she thought she would have.

I wasn’t a fan of Jack’s while reason the first book and when starting this one I wasn’t sure how this man could possibly redeem himself. He stripped back to the person he used to be and built his life on the beliefs he was doing the right thing. Jessica was put in a bad position from the get go, she was strong and only wanted the best for her child and herself and if that meant sacrificing everything then that is what she would do.

Five Reason’s to Go gave you the HEA that you are looking for and all the bells and whistles; I personally enjoyed reading this book and was glad to see each character redeem themselves and learn from their mistakes. Thank you Candance for a wonder duet.

Sarah Arndt
4.0 out of 5 stars Jack's redemption surprised me, in a really wonderful and surprising way.
Reviewed in the United States on 27 October 2018
Verified Purchase
I loathed Jack in the first book in this series, Ten Reasons to Stay. He was godawful. I was convinced there was no way he could ever be redeemed in my eyes, so I was very leery about reading this book. I’m glad I did, and though I’m not sure I’d ever choose Team Jack over Team Corinne, he was able to win a piece of my heart I wasn’t sure I could give him.

I am exceedingly happy that the timelines of Five Reasons and Ten Reasons weren’t entirely concurrent. Jack needed redemption and I don’t think going through all the pain and frustration he cause Corinne and Cole would have allowed him the room he needed to overcome those wrongs. I was happy to see that timeline condensed into a few chapters where we got to see the first building blocks of their relationship, while not delving too extensively into the details of the demise of Jack and Corinne’s relationship from his side.

Jack and Jessica were lovely together. They were both so broken, especially once they reconnected, I’m not sure if either of them would have been able to pull themselves together had they not had one another. They gave each other the strength and support they needed to face what they’d been ignoring. Both Jessica and Jack had fabulous healing arcs in this story, growing from empty shells who were barely surviving to wonderful, thriving people who were full of life and love.

My biggest wish for this book would be some serious continuity issues being fixed. The first was the age of Jessica's daughter, she went from being twelve (based on the years Jessica had been married) to two years later being 16, then back to 14. There were a few other minor instances, but the age was a huge mistake to overlook. There were also some other grammatical and spelling issues that need to be addressed.

Jenn
5.0 out of 5 stars HIGHLY RECOMMEND!
Reviewed in the United States on 13 November 2018
Verified Purchase
This was so good! That ending was one of my favorites, ever! I HIGHLY RECOMMEND THIS BOOK/SERIES!
Read more
One person found this helpful
Report abuse

kim80
4.0 out of 5 stars Not what I expected
Reviewed in the United States on 8 November 2018
Verified Purchase
I wasn’t sure if I wanted to read Jack’s story. I didn’t think it needed one BUT it was so very different from what I thought it would be and I thoroughly enjoyed every minute.
Read more
Report abuse

Jamie Leigh
4.0 out of 5 stars Great read
Reviewed in the United States on 27 October 2018
Verified Purchase
I loved this story. I loved that Corrine & Jack got what they deserved! The writing is terrific and Jessica was inspiring!
Read more
Report abuse
See all reviews
Get FREE delivery with Amazon Prime
Prime members enjoy FREE Delivery and exclusive access to movies, TV shows, music, Kindle e-books, Twitch Prime, and more.
> Get Started
Back to top
Get to Know Us
Make Money with Us
Let Us Help You
And don't forget:
© 1996-2020, Amazon.com, Inc. or its affiliates