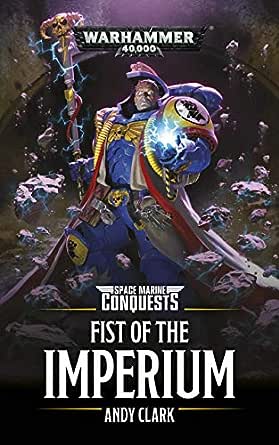 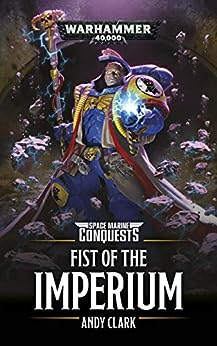 Sent to avenge the deaths of his brothers and purge a dangerous cult, Imperial Fists Primaris Librarian Aster Lydorran finds a foe beyond imagining on Ghyre. Lydorran must use all his strength, will and psychic might to defeat his hidden enemies and avert catastrophe.

Discover the dedication of the Imperial Fists and the lengths to which they will go to do their duty and defend mankind.

‘By their noble sacrifice is our world made mighty’


Deep within the Segmentum Solar, an Imperial Fists Honour Guard lies slaughtered upon the very world they swore to protect. The mysterious cult responsible grows in power by the day. Their malevolent tenets poisoning the hearts of Ghyre’s citizens, from its lowliest miner to its arrogant ruling class. To purge this threat, the Imperial Fists send Primaris Librarian Aster Lydorran and his tenacious brothers. These masters of siegecraft face an insurgent foe beyond any they have fought before. As dark omens proliferate, Lydorran finds himself embroiled in a battle of wits and wills with an enemy whose psychic might may surpass even his own. But this is a patient enemy, and with every passing hour, Ghyre’s doom grows closer. The stoic Sons of Dorn must leave their walls and embrace new allies, or risk unleashing the apocalypse itself upon the very doorstep of Terra.

Andy Clark has written the Warhammer 40,000 novels Kingsblade, Knightsblade and Shroud of Night, as well as the novella Crusade and the short story ‘Whiteout’. He has also written the novels Gloomspite and Blacktalon: First Mark for Warhammer Age of Sigmar, and the Warhammer Quest Silver Tower novella Labyrinth of the Lost. Andy works as a background writer for Games Workshop, crafting the worlds of Warhammer Age of Sigmar and Warhammer 40,000. He lives in Nottingham, UK.
click to open popover

J. Wolfe
5.0 out of 5 stars An unexpectedly fun read
7 February 2020 - Published on Amazon.com
Verified Purchase
Very much an action book, it finally shows the Imperial Fists in a strong and positive light, and the Genestealer Cults are a strong and believable foil.
Read more

Brandon Sloan
2.0 out of 5 stars A Space Marine book, if you hate Space Marines
10 February 2020 - Published on Amazon.com
Predicable and full of so many "surprise" moments that it is a slog just to listen to the audio-book. Only so many times can you pull the same tricks with the same tropes before it loses any charm.
Read more
Go to Amazon.com to see all 2 reviews 3.5 out of 5 stars
Get FREE delivery with Amazon Prime
Prime members enjoy FREE Delivery and exclusive access to movies, TV shows, music, Kindle e-books, Twitch Prime, and more.
> Get Started
Back to top
Get to Know Us
Make Money with Us
Let Us Help You
And don't forget:
© 1996-2020, Amazon.com, Inc. or its affiliates