Skip to main content
The First Wife: A moving psychological thriller with a twist and over 1.5 million other books are available for Amazon Kindle . Learn more
Share <Embed> 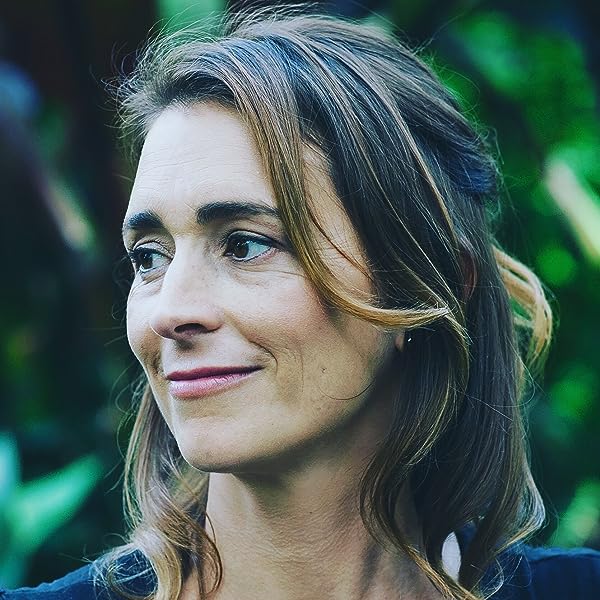 The First Wife: A moving psychological thriller with a twist Hardcover – 1 June 2011

Start reading The First Wife: A moving psychological thriller with a twist on your Kindle in under a minute.

Emily Barr is the well-loved and bestselling author of Backpack, the original backpacking novel, and many other highly acclaimed novels. A former journalist, she has travelled around the world and written columns and travel pieces for the Observer and the Guardian. After living in France, Emily and her husband, whom she met backpacking, have settled in Cornwall with their three children.

4.1 out of 5 stars
4.1 out of 5
59 global ratings
How are ratings calculated?
To calculate the overall star rating and percentage breakdown by star, we don’t use a simple average. Instead, our system considers things like how recent a review is and if the reviewer bought the item on Amazon. It also analyses reviews to verify trustworthiness.

Amazon Customer
3.0 out of 5 stars Struggled to finish
Reviewed in the United Kingdom on 7 October 2013
Verified Purchase
This book started well, with enough intrigue suggested to keep me reading. The middle section dragged somewhat. Descriptions of two people who are blissfully happy together are unfortunately not riveting, or not to me anyway! It is a reasonably good read for the beach, or some other time and location when a not too demanding, instantly forgettable novel is called for. I have enjoyed other Emily Barr novels much more, partly because they have given a good sense of their locations. I did not get much of a 'feel' of being in Cornwall or of Barcelona. Somehow the tone of the writing was childish, but perhaps that was deliberate on the author's part, seeing as the protagonist was young and unworldly. The subplot concerning Jack held my interest more than the main plot, but then he became almost a cipher during the denouement.
Read more
Report abuse

Deborah
2.0 out of 5 stars Chick Lit with an end twist
Reviewed in the United Kingdom on 29 March 2014
Verified Purchase
I don't read Chick Lit-I ordered this as it did not appear to be of that genre. The first 85% is pure chick lit , widow falls in love with impressionable beautiful girl, etc etc. It's all so irritatingly cloying and the female 'lead' Lily, very very irritating-like a cross between a naive doormat and a wimpy child, with a lot of hair. By the time the author moves on to the crux of the book, its rather too late, as it all just pretty well comes out of the blue-there's no tension, no build up. Disappointing.
Read more
2 people found this helpful
Report abuse

Simon Wilkinson
5.0 out of 5 stars The First Wife - Emily BArr
Reviewed in the United Kingdom on 2 December 2014
Verified Purchase
If you've never read an Emily Barr novel perhaps you ought to begin with this. She writes wittily, intelligently and with pace. There are some true nuggets among her paragraphs - when you stumble upon them you will know.
This psychological thriller is a real page turner and keeps you guessing .
It arrived exactly as described and came promptly through the post
Read more
One person found this helpful
Report abuse

Kate Harmond
5.0 out of 5 stars Gripping read
Reviewed in the United Kingdom on 13 May 2020
Verified Purchase
This book really surprised me in a good way. It started off very gently and slowly turned into a chilling thriller. Excellent locations too.
Read more
Report abuse

Amazon Customer
3.0 out of 5 stars OK but I didn't find it as fast paced as others
Reviewed in the United Kingdom on 12 October 2013
Verified Purchase
I have enjoyed this book and it did make me want to keep reading chapter after chapter to find out what would happen but I think it was because I was waiting for a big twist which never came. I don't regret reading it, it was enjoyable but it didn't make me want to download another Emily Barr book (this was my first book by her). It is nicely written and easy to read so if you want a book you don't have to think much about then this is a good one.
Read more
Report abuse
See all reviews
Back to top
Get to Know Us
Make Money with Us
Let Us Help You
And don't forget:
© 1996-2021, Amazon.com, Inc. or its affiliates