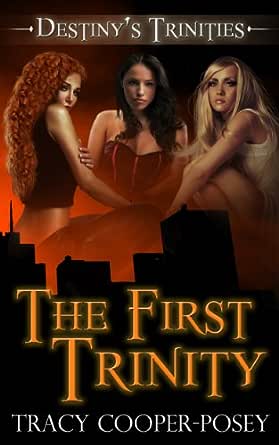 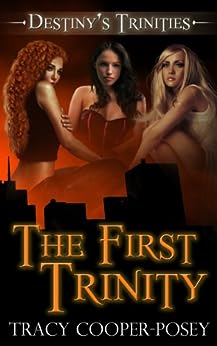 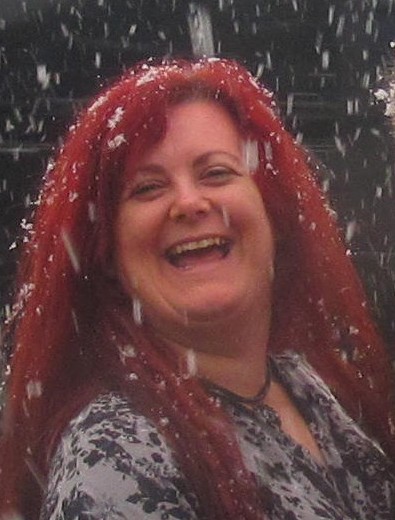 Tracy Cooper-Posey is an Amazon #1 Best Selling Author. She writes erotic vampire romances, hot romantic suspense, paranormal and urban fantasy romances. She has published over 60 novels since 1999, been nominated for five CAPAs including Favourite Author, and won the Emma Darcy Award. She turned to indie publishing in 2011. Her indie titles have been nominated four times for Book Of The Year and Byzantine Heartbreak was a 2012 winner. She has been a national magazine editor and for a decade she taught romance writing at MacEwan University. She is addicted to Irish Breakfast tea and chocolate, sometimes taken together. In her spare time she enjoys history, Sherlock Holmes, science fiction and ignoring her treadmill. An Australian, she lives in Edmonton, Canada with her husband, a former professional wrestler, where she moved in 1996 after meeting him on-line. Her website can be found at http: //TracyCooperPosey.com --This text refers to the paperback edition.

Kindle Customer
5.0 out of 5 stars great read as usual
Reviewed in the United Kingdom on 18 April 2015
Verified Purchase
Really enjoyed this book, great story and brilliant sex scenes. The book introduces the character's in a way that draws you in and makes it a hard to put down, as the urge to keep on reading takes hold. This is becoming a phenomenon I now associated with Tracy Cooper-posey
Read more
Report abuse

Jackson
5.0 out of 5 stars Hot Hot Kick Ass Ladies
Reviewed in the United Kingdom on 17 January 2014
Verified Purchase
Enjoyed the story and the sex was hot hot hot, loved they way they were all involved and became a family
Read more
Report abuse

seelk
4.0 out of 5 stars paranormal erotica with a twist
Reviewed in the United States on 5 July 2014
Verified Purchase
I read the first book in the series separately and loved it, so I had to get the trilogy. Time well spent for sure. If you like erotica with a paranormal twist this is for you. Not just a twist, a really good twist, where vampires, elves, humans form bonds to fight against the annihilation of the human race. Loved the chemistry between the the unlikely characters that have to overcome their beliefs and realize that they belong together. There is suspense, mixed with some hot MMF scenes that leave you breathless. I hope there will be a continuation to this.
Read more
2 people found this helpful
Report abuse

Michelle V.
5.0 out of 5 stars Great read
Reviewed in the United States on 18 October 2014
Verified Purchase
I tore through this book in a day. Not because it was too short, but because it was that good! Great story line, discerning dialogue, very crisp writing. And hot, hot sex scenes. Did I mention the hot, hot sex scenes?
Read more
Report abuse
See all reviews
Get FREE delivery with Amazon Prime
Prime members enjoy FREE Delivery and exclusive access to movies, TV shows, music, Kindle e-books, Twitch Prime, and more.
> Get Started
Back to top
Get to Know Us
Make Money with Us
Let Us Help You
And don't forget:
© 1996-2020, Amazon.com, Inc. or its affiliates