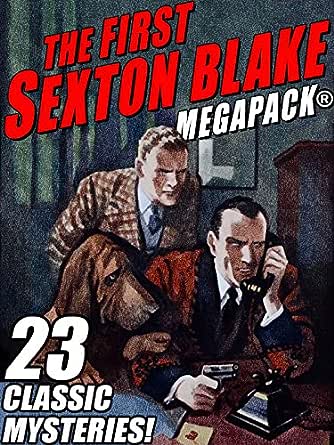 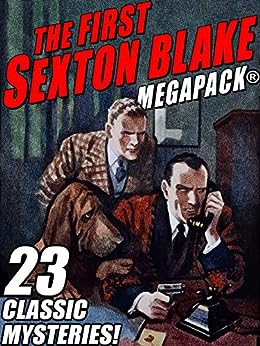 Hopeful Evangelist
3.0 out of 5 stars A bit thin
Reviewed in the United Kingdom on 5 April 2019
Verified Purchase
Having read Sexton Blake, both comics and stories, in the past, I was looking forward to this. I was disappointed. The stories are almost all so short as to lack all suspense. This was like reading a maths textbook with the answers at the back, in that, no sooner is the mystery set up than it is solved.

Any fictional mystery is contrived, obviousy, but these stories (almost anecdotes) feel contrived. Blake never seems to really exert himself, he hardly seems to make a mistake and is rarely in any danger. Thus, there is almost zero suspense and little interest.

The mysteries themselves vary. Some are both logical and plausible, even if not probable; others are highly improbable and as such, would be difficult to solve in real life. Some can be solved by the reader, others require information that is kept from the reader until the end. There are, also, a number of factual errors which undermine Sexton Blake's supposed knowledge and cleverness. In this regard, Sexton Blake is both less satisfying to the reader and oddly,less plausible than Sherlock Holmes. At least Holmes faces some real challenges and dangers.

Oddly, Tinker - Blake's famous sidekick - appears only once in this collection and rather late on at that. He is not even mentioned elsewhere, as if he only exists when convenient. Blake is described as a "young" man, even though the stories cover a period of at least 26 years.

Finally, the book is hardly enlivened by the presence of so many typos and mistakes, far exceeding the publisher's usual standard.

Davvik
3.0 out of 5 stars Easy read. Far too many errors.
Reviewed in the United Kingdom on 8 August 2020
Verified Purchase
Short stories, only about 10 minutes each. No padding. Each story sets the scene, then Blake gives the solution. I enjoyed them, but I found the numerous errors in the text annoying. I got the impression that the stories had been converted to digital format by OCR software and nobody has bothered to proofread. Well, if anyone ever bothers to check 'reported content error' messages, I have proofread it for them! So, after August 2020, there should be few, if any, errors.

I think we readers deserve some sort of reward for reporting errors like this. If the authors/editors had to pay for our services, they might take more care.
Read more
Report abuse

cloverand zebra
3.0 out of 5 stars Short stories .4 to 5 pages.disappointing.
Reviewed in the United Kingdom on 20 August 2018
Verified Purchase
Sadly, given the wealth of Sexton Blake Adventures available ,this is a collection of short stories of 4 to 5 pages each.
I would have preferred and expected longer mysteries with some drama and substance.Lots of spelling misprints .
Read more
2 people found this helpful
Report abuse

NellieF
3.0 out of 5 stars Not altogether bad
Reviewed in the United Kingdom on 28 May 2020
Verified Purchase
These are among the earlier ones from 1908 and 1909. I understand the later ones are normally better but are not (yet) available in a cheap edition, But these are not too bad.
Read more
Report abuse

Ron
5.0 out of 5 stars Good read
Reviewed in the United Kingdom on 27 March 2020
Verified Purchase
What a very good read this is. Wonderful author and good mystery.
Read more
Report abuse
See all reviews
Get FREE delivery with Amazon Prime
Prime members enjoy FREE Delivery and exclusive access to movies, TV shows, music, Kindle e-books, Twitch Prime, and more.
> Get Started
Back to top
Get to Know Us
Make Money with Us
Let Us Help You
And don't forget:
© 1996-2020, Amazon.com, Inc. or its affiliates