The First Man in Rome (Masters of Rome Book 1) and over 1.5 million other books are available for Amazon Kindle . Learn more
Share <Embed> 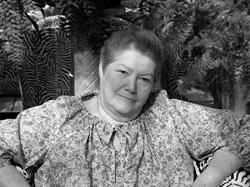 Page 1 of 1 Start overPage 1 of 1
This shopping feature will continue to load items when the Enter key is pressed. In order to navigate out of this carousel please use your heading shortcut key to navigate to the next or previous heading.
Back
Next
Start reading The First Man in Rome (Masters of Rome Book 1) on your Kindle in under a minute.

4.5 out of 5 stars
4.5 out of 5
355 global ratings
How are ratings calculated?
To calculate the overall star rating and percentage breakdown by star, we don’t use a simple average. Instead, our system considers things like how recent a review is and if the reviewer bought the item on Amazon. It also analyses reviews to verify trustworthiness.

Brian McLauchlan
5.0 out of 5 stars Entertaining and imaginative characterisations
Reviewed in Australia on 12 April 2014
Verified Purchase
Colleen McCullough brings ancient history to life. Sure she may be writing in her own ideas of motives, emotions and attitudes that may not be quite correct but who is correct at a distance of 2000 years? Her work is still strongly grounded in the historical record and makes interesting humans as characters for an enjoyable read. I started with the October Horse and found that every one of this series fit together seamlessly and put you in the picture of life at the time. A good story but you do need to keep track of the multiplicity of characters!
Read more
7 people found this helpful
Helpful
Comment Report abuse

Kindle Customer
3.0 out of 5 stars Not For Me
Reviewed in Australia on 10 March 2015
Verified Purchase
Well I have to write from my perspective. First Colleen is a very competent author and nobody will be disappointed by her craft. She deserves 4 stars at least for her writing. However I was disappointed because I was hoping for a Roman military saga. This book is all about romance, marriage and family. So for me it was a bust and I failed to finish it.
Read more
4 people found this helpful
Helpful
Comment Report abuse

Geraldine Pragnell
4.0 out of 5 stars The Roman republic decades before its demise
Reviewed in Australia on 10 August 2014
Verified Purchase
A fascinating look at Ancient Rome just before the birth of THE Julius Caesar. The enmities and the plots in the Senate and striving of Gaius Marius and early days of Sulla are fascinating and the translations of speeches from the Forum make our pollies seem
restrained.

Mark Kelleher
5.0 out of 5 stars Great storytelling
Reviewed in Australia on 8 October 2019
Verified Purchase
A great read. Well researched and then brought to life with living breathing characters driven by power and ambition. All set within one of the historical times.
Read more
Helpful
Comment Report abuse

Margaret L Lowder
3.0 out of 5 stars Needs better access to maps.
Reviewed in Australia on 11 September 2015
Verified Purchase
Great account, but terribly hard to follow on Kindle. I need to buy a hard copy to have access to maps and genealogy at all times. I did download the update but did not see any improvement.
Read more
2 people found this helpful
Helpful
Comment Report abuse

Davey
TOP 500 REVIEWER
3.0 out of 5 stars A Long Read
Reviewed in Australia on 19 August 2014
Verified Purchase
Colleen McCullough is a competent writer who has put much research into this book. However unlike other stories about Marias and Sulla, I found it a very long read.
Read more
One person found this helpful
Helpful
Comment Report abuse
See all reviews

Charles Vasey
5.0 out of 5 stars Boni
Reviewed in the United Kingdom on 12 January 2016
Verified Purchase
I long delayed reading this series for contemplated pleasures are (I find) the best. McCullough has her own voice, perhaps nicer than Graves or Duggan, but just as immersed in detail and in narrative drive. Modern politicians will recognise the mixture of hard law and established practice, the importance of principle and of servicing one's own network. For those of us who read historical fiction of the non-Junior-chap-on-secret-mission-to-vindicate- his-father type this is delicious fun, not only because it is a rattling read firmly set in context, but because we can then voyage out to the histories to see how McCullough weaves her tale into the data that we have (for example her interpretation of both Sulla and Marius being allies) . The story concerns the post-Gracchi era with the arrival in politics of both Gaius Marius and L Cornellius Sulla both of who were to be the First Man In Rome. Being set in Rome in an era with a host of famous characters leading us ever upwards towards C Julius Caesar this is a novelist's (and reader's) dream.
Read more
5 people found this helpful
Report abuse

cjfg
5.0 out of 5 stars good value book
Reviewed in the United Kingdom on 12 August 2020
Verified Purchase
This was bought as a gift for a friend. She has been well pleased, although found it difficult to remember all the characters involved. Well written by Colleen Mcullough forming part of a series of books about the end of the Roman republic
Read more
One person found this helpful
Report abuse

MSB
4.0 out of 5 stars Thorn Birds it's Not
Reviewed in the United Kingdom on 16 February 2014
Verified Purchase
I have never read anything by this author and it took me a little while to get used to her style. The story unfolds through the eyes of various characters, often each with a very different view of the same events. Sometimes this is in letter form from one to the other explaining this and that. She uses their full Roman names which gets a bit complicated and long winded but you get an very, very detailed impression of life, politics and religion of Rome at that time. I have read many books based in the Roman era by Scarrow and co and this is different enough to stand out from the crowd in that it’s not all death and gory glory. It is a very long book (1000 pages +) which I failed to notice when I bought it until I noticed my Kindle said I had 24 hrs of reading to go. Once I got into it I thoroughly enjoyed it, so much so that I am now about 8hrs into the next one – buy it!
Read more
4 people found this helpful
Report abuse

conjunction
5.0 out of 5 stars Tremendous Job
Reviewed in the United Kingdom on 26 November 2010
Verified Purchase
Many reviewers have commented on McCullough's scholarship. (Especially on Amazon.com. Why is it their reviews are always much better-written, more interesting than ours? Are they better educated, or are we dumb? Or is it that we don't really think we have anything good to say?)

However the consensus appears to back up her own claim that it is solid, although she has added guesswork to what is known. That seems fair enough, although some reviewers question some of her suppositions, including for instance much of the early history of Sulla.

Reviewers have also commented on her good character development, which I mostly agree with. For me the chief drama of the book is the relationship between Marius and Sulla, both men with something to prove. Their adventures illuminate especially the contradictions in the Roman Republic between the old Roman nobility, the people, the army, the Italians and so on. The characters of the Africans and Germans are also brought to life brilliantly, and the vignette of Sulla in Germany is a treasure.

McCullough may not be the greatest of writers but her focus on her material is sure fire. What is going on here is a battle not just between remarkable and gifted individuals but between systems of government. The corrupt nobility protests about wise guys like Sulla and Marius who will manipulate the system, particularly using the powers of the plebs and the Tribunes to overrule Senate, but can't offer the creativity and energy to match them. Not many years later Caesar marches in Marius's footsteps and sweeps the old system away.

Personally I find this a fascinating story, living as we do in an age when democracy which failed in Greece and Rome is being touted all over the world as the future. Perhaps it is, but contemplation of errors which were made before can't do any harm can they?

Another feature of the book is the fascinating situation of women. Female characters like Livia Drusus and Aurelia are very well drawn.

In summary for me despite the average quality of the writing what makes this book an utter triumph is the holding together of the personal, political, military, the whole web of life. McCullough's attention to detail may well be the secret. She knows about military uniforms, real estate, food, the political infrastructure, transport etc etc etc.

Bennett Gaverne
5.0 out of 5 stars A book of Genius!
Reviewed in the United Kingdom on 4 October 2014
Verified Purchase
This book is a work of genius. I took this book along on holiday as I thought it might be light reading but found myself utterly engrossed. The late Republic has never been more brilliantly described. Sulla, Marius and others are brought vividly to life. I so looked forward to what she would make of Caesar in the later books and wasn't disappointed. This author is a mighty researcher, a mighty storyteller, with a mighty intuitive imagination.This book should be more well known! I wish I had known about it earlier!
Read more
One person found this helpful
Report abuse
See all reviews
Get FREE delivery with Amazon Prime
Prime members enjoy FREE Delivery and exclusive access to movies, TV shows, music, Kindle e-books, Twitch Prime, and more.
> Get Started
Back to top
Get to Know Us
Make Money with Us
Let Us Help You
And don't forget:
© 1996-2020, Amazon.com, Inc. or its affiliates