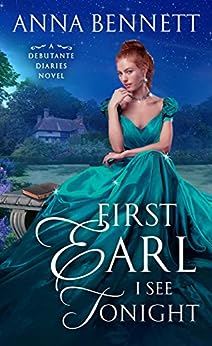 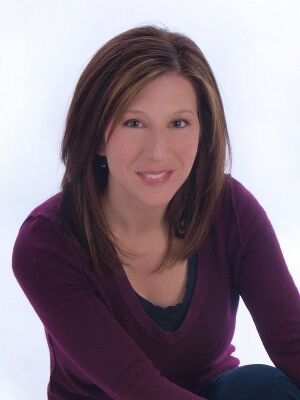 Anna Bennett is the award-winning author of the Debutante Diaries and Wayward Wallflowers series. Her dream of writing romance began during a semester in London, where she fell in love with the city, its history, and its pubs. Now Anna’s living happily-ever-after in Maryland with her family, who try valiantly not to roll their eyes whenever she quotes Jane Austen.

To keep up with all of Anna’s latest book news, be sure to sign up for her newsletter at AnnaBennettAuthor.com. Happy reading!

Brutally Honest Reviews
TOP 50 REVIEWER
4.0 out of 5 stars Plot was a bit messy
Reviewed in Australia on 31 October 2018
Miss Fiona Hartley is desperate. She has two weeks to come up with an enormous sum of money for a blackmailer or see her beloved sister ruined forever. Frightened to burden her sick father, there seems only one option open to her - marry in haste and to an obliging husband who will let her use a portion of her enormous dowry for her own purposes.

The only man she knows who ticks all the boxes is Gray, Earl of Ravenport, well known to be strapped for cash with an enormous, crumbling estate to renovate. So she writes him a letter of proposal.

On receipt of said letter, Gray’s reaction is outright rejection, but the more he thinks about it and the better he comes to know Fiona, the more he starts to think it’s not as insane an idea as it originally seemed. He has secrets in his own past, though, which could yet come into play to keep him and Fiona apart.

While the writing and the characterisation in this book are excellent, there are just a few too many incredulity-straining plot points and outright historical inaccuracies here for me to really recommend this one. Why, for example, did the blackmailer target Fiona, a debutante with no real access to ready cash, instead of her extremely wealthy father, or her sister Lily, the one who had most to lose here? And then there was another bonkers development with the blackmailer when he ordered Fiona not to marry Gray right as she was about to do so and get his money!

The inaccuracy that bothered me the most, though, was the insistence that if Gray’s father’s suicide became public knowledge, he’d lose his title and estate, which was just not so. They would only have reverted to the Crown if the former earl had died without an heir or was attainted for treason. Frankly, Fiona believing this just made her look stupid and uneducated, when the author had spent a good deal of time convincing us she was neither of those things.

I really liked Fiona’s passion for her art and the way she showed insight through it, and Gray’s love for his grandmother and his ancestral home, The Fortress, was a really nice part of his character. Fiona’s relationship with her sister Lily and their best friend Serena was enjoyable too; I’m tired of the trope of all other women but the heroine being Evil.

Gray did fall into that unfortunate hole I see way too often in historical romance, of declaring to the heroine right off that he Can Never Love Her because Love Hurts Too Much. I swear my eyes always roll back in my head when I see that, if any man ever said that to a woman in real life I think she’d probably do the exact same thing, too. It’s totally nonsensical and it’s inevitably proven wrong when the hero realises he’s fallen totally for her anyway.

As I say, I struggled with this one because there was some beautiful writing, the love scenes were tastefully done, and I enjoyed the characters, but the plot was a bit of a hot mess. In the end, I’m going to go with three and a half stars.

I received a copy of this book for review through NetGalley.

Melanie Valente
4.0 out of 5 stars A fantastic start to a new series
Reviewed in the United States on 8 November 2018
Verified Purchase
First Earl I See Tonight features an amazing romance between a woman determined to save her family from scandal and a man unwilling to put his heart on the line no matter what the reward.

After his fiancée leaves him, David Gray, Earl of Ravenport plans to avoid the marriage mart. His sole focus is renovating his crumbling country estate and ensuring his grandmother’s happiness. When Gray receives a bold marriage proposal, he thinks the woman must be crazy or desperate. Undeterred by Gray’s reluctance to agree to her proposal, Miss Fiona Hartley sets out to change his mind as she desperately needs her dowry to pay off a blackmailer threatening to ruin her sister. As Fiona and Gray engage in a battle of wills hoping to sway the other to their side, the passion that sparks between them threatens to consume them both.

Fiona is a talented artist who is incredibly passionate about her work despite her stepmother’s dismissive attitude in regards to her portraits. I admired Fiona’s dedication to her work and it was clear how much she loved it. Fiona has always been on the outskirts of society despite her family’s wealth and as a result is fiercely loyal to the friends she does have.

Gray didn’t have a stable upbringing and due to his father’s neglect of his duties, his estate and home are in jeopardy. With his grandmother experiencing health issues, Gray is determined to restore the family estate to its former glory while she still has the opportunity to experience it. Gray’s love for his grandmother was quite admirable and I adored their relationship.

I enjoyed how it was Fiona who proposed marriage and was the one trying to convince Gray to agree to a marriage of convenience. Her determination to win him over was wonderful to watch and I loved how she had a counterargument to every excuse he came up with. Plus, I absolutely loved watching these two slowly fall for each other during the house party. The one thing they both seemed able to accept from the start was how much they were attracted to each other. The tension was palpable whenever they were alone and it was incredibly hot when they finally progressed their relationship.

The blackmail plot definitely took a few turns I didn’t see coming and was the only area I had issues with in the book. While I did like the blackmail plot itself, ultimately I didn’t like the choice for the villain. Their motive was a bit suspect in my opinion and throughout the book I had another character in mind as the culprit who I thought was a more compelling choice. For the side characters, Gray’s grandmother is incredibly sweet and I enjoyed her scenes very much. As to Fiona’s sister Lily and their best friend Sophie, I loved them both and I’m very excited for their books.

First Earl I See Tonight ended up being a fantastic start to the author’s new series and I can’t wait for Lily’s book. I highly recommend this book if you’re looking to pick up a fun historical romance.
Read more
One person found this helpful
Report abuse

Addie Yoder
4.0 out of 5 stars Love this series
Reviewed in the United States on 15 May 2020
Verified Purchase
I received the third book in this series as a reviewer and couldn't put it down. I immediately went back to catch up on the other two books in the series and loved them. I love a grumpy hero and Grey was just perfect. I loved how persistent Fiona was in working to save her family and also in her growing love for Grey, whether he was ready or not. I love the tension that Anna Bennett creates between her characters and the in their stories so that you just keep turning the pages. I haven't gotten sucked into a series like this in a while and it was just exactly what I needed. Thank you!!
Read more
One person found this helpful
Report abuse

KAREN
4.0 out of 5 stars Okay
Reviewed in the United States on 26 November 2018
Verified Purchase
This is a garden variety historical romance. There is nothing particularly great to elevate the dialogue or story to be described as a must read book.
Read more
2 people found this helpful
Report abuse

Curlisue
5.0 out of 5 stars I loved this book.
Reviewed in the United States on 20 July 2021
Verified Purchase
From beginning to end the story of Fiona and her Earl is a joy. I had to chuckle because it reminded me of a couple of friends who spotted "their man" and went after him too, minus the drama, but single-mindedly. Definitely a good read.
Read more
Report abuse
See all reviews
Back to top
Get to Know Us
Make Money with Us
Let Us Help You
And don't forget:
© 1996-2021, Amazon.com, Inc. or its affiliates