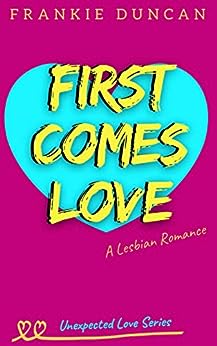 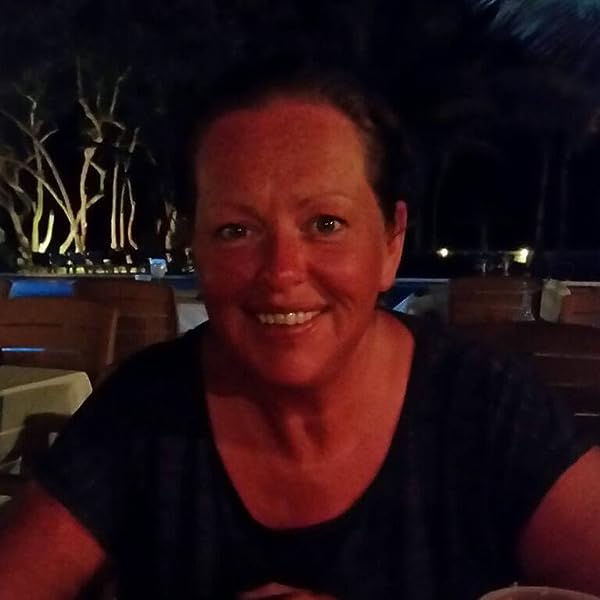 by Frankie Duncan (Author) Format: Kindle Edition
See all formats and editions
Sorry, there was a problem loading this page. Try again.
Brogan Mearns keeps her commitment for work, and everything else is strictly fun. She is used to calling the shots in her London life but a move to Scotland changes everything.

When she meets a beautiful, younger woman, Libby, who sees the world quite differently, her life is turned on its head. Everybody loves Libby but will she be able to win Brogan's heart?

A slow-burn, romantic tale of new beginnings, hope and family.

Please also note that this book contains some hot and steamy sex scenes and a little angst. You have been warned.

This novel was first published under the title of 'Reclamation' in July 2020. 'First Comes Love' is the edited and extended republished novel of the original work.
Read more
Previous page
Next page

I'm always shocked when people want to know more about me. Genuinely.

I exist in my little bubble never expecting anyone to wonder who I am. When someone reaches out to me to tell me they have enjoyed something I have written I'm chuffed to bits and smile the entire day.

I'm a fairly straight forward character who reckons life is for living and laughing, in the best way you can.

Well, what else can I tell you? I am a tall, slim, outrageously stunning, lesbian/queer/gay FICTION writer, who as you might have guessed by now, doesn’t take herself too seriously, and loves both dogs and commas.

I live in Scotland with my partner and our little girl, who happens to be a &quot;I'm cute and I know it&quot; terrier with the biggest eyes you have ever seen.

If you would like to say hello, send your thoughts on writing or check out more information about me then why not visit my website https://frankieduncan.com/

4.4 out of 5 stars
4.4 out of 5
57 global ratings
How are ratings calculated?
To calculate the overall star rating and percentage breakdown by star, we don’t use a simple average. Instead, our system considers things like how recent a review is and if the reviewer bought the item on Amazon. It also analyses reviews to verify trustworthiness.

Disclaimer - I did some beta reading on this book before release.

I found this to be an enjoyable read and a great way to pass a couple of hours. It’s not very long and it acted as a great break for other books I was reading at the time.

Brogan is strong in her professional life, moving to Scotland to be the Headteacher at a school. Her family situation means she spends a lot of time by herself but she likes keeping people at a distance since her latest breakup.

Unexpectedly she finds she has feelings for Libby after a chance encounter with her landlords dog. Libby isn’t looking for casual - she’s looking for the one.

I enjoyed the exploration of their opposite characters and their back and forth as to their compatibility and long-term goals. As expected in this genre Brogan’s ex makes an appearance but there is a scene in a coffee shop that just made me love Libby’s best friend!

All in all it’s a nice easy read and I’d recommend to any wlw romance fans.

I received an e-ARC directly from the author in exchange for an honest review.
Read more
Report abuse

Hella
2.0 out of 5 stars I did not have a good time ._.
Reviewed in Germany on 25 November 2020
Verified Purchase
So, I picked this book up, hoping for a sweet, lesbian romance, but instead I felt angry and dissapointed.

The book started pretty good. I loved our MC girl Liddy, Max the dog, and Liddy's best friend Kat. I also enjoyed Liddy's parents. There is a really sweet conversation in the book, where I was like "Lol, that's me"
Liddy is looking after her parents dog. And when her mother calls she asks her something like

Mom: How is my baby doing
Liddy: I'm good
Mom: I ment the dog

As a dog owner and dog person, that made me smile so much. I also loved that Liddy was written as someone who is not skinny. It's not 100% confirmed that she is chubby, but the author hints at that very strongly. Noone seems to care about that though. It's really nice to read a book with a chubby character that isn't beeing fatshamed. So thanks. Liddy & Borgan also have some nice talks and I felt like they were having good chemiestry.... well...until Borgan went and ruined it, that is.

So let's talk about Borgan and why I was rooting for them to NOT become a couple.

1.
Maybe I should have known that I would end up disliking this, after reading about how Borgan started to pleasure herself to a pic of her ex. You could be like "Martina, there is nothing wrong pleasuring yourself " and I would tell you: I agree, but not in this context. Her ex was the most manipulative, garbage person to ever exist. But I guess she was still good enough mastur*ation material ._. We later meet the ex and she does not want to even talk to her, but a few pages prior to this she was fine with getting off to pics of her. ._.

2.
Consent. is. important. She was doing so good and then she went and ruined it. Borgan is looking for a friend with benefits. Libby for a relationship. She tells Borgan so and Borgan appears to be OK with that. That doesn't stop her from playing with Libby's heart though ._.
There is a scene in the book where Borgan did something bad and Libby is - rightfully - angry. So she comes to talk to Borgan about it. And you know what she does? She doesn't even let her finish. Instead she kisses her and then she tries to justify her actions with stupid excuses. They never talk about that topic again. Like it wasn't important, like Liddy's opinion and feelings didn't matter.
Also , someone walks in on the kiss, and only then do they stop. Liddy is unconfortable but Borgan just doesn't seem to get why. It's not like Liddy hadn't explained that to her on the very first coffee meeting they had or anything :)

3.
Consent is still important!!!
Someone close to Borgan died. And she is sad and emotional. I get that. What I don't get is the following.
Libby takes her with her, because she is a good friend, because she doesn't want her to be alone, because she cares, and Madame decides: Yeah, let's have s*x. It is consentual in the way that both said yes, but the way she got her to say yes, the way she begged and used Liddy's feelings for her own selfish desires is not OK. It's wrong and manipulative and instead of talking about it like adults, she leaves the next day. The only thing she manages to do was write a note saying "Thanks for the s*x" Like, how dare you???
"But Martina, she needed to fly to the funeral" No. No she didn't. The funeral wasn't supposed to be until a few days later and EVEN IF, noone forced her to take that flight. She made that choice herself. She decided to escape, to not talk about what happened. She decided to just leave knowing how not ok that was, knowing, that Liddy did NOT do One-Night stands, that she did not do Friends-with-Benefits. She used her feelings to feel better. She used her as just a warm body with holes. She didn't think about Liddy for one second. Instead she ran away, not even texting her.

4.
The Ex. I mentioned the EX above. So get ready, because I an asexual understood what was gonna happen and you wanna tell me miss MC didn't? She met up with her ex and they had an emotional talk when the Ex suggested
EX: You need someone to take care of you, let me be that someone... come back home with me?

You KNEW what kind of person she was. You KNEW what she ment with "taking care of you" but then you act all surprised when she tells you that "taking care of you" was a metaphor for s*x. Don't try to play dump with me. It looks like they had s*x for a really long while until we are kindly informed that ,No, no no, she would never ^^' and I'm actually not sure if that really was the case or nah. Especially since there is a point in the book where she kinda gave something close to consent to potential s*x happening.

The Ex was a bad person. She was manipulative and her only purpose in the story was to make Borgan look like a saint in comparison.

After how Borgan treated Liddy, I had hoped, she would just tell her to leave her alone. I hoped she would tell her that they should not be an item. But of course, that was not what happend.
There is also some really questionable stuff in there, that I - an ace - found very ... I don't wanna say disrespectful, but something close to it.
"Let me show you how much I love you, so turn around" Because yes, to show you my love, we need to have s*x. Duh.
"You are a redblooded woman, we all have desires" Oh sorry, I forgot, we asexuals are aliens :) Thank you for reminding me.

All in all, I did not have a good time, I was not happy with the ending and I really wished that Liddy had gotten with someone who treated her better.

JT
5.0 out of 5 stars Intense and entertaining
Reviewed in the United States on 18 November 2020
Verified Purchase
I enjoyed this book from the onset. I don't think I've ever read a Lesbian romance that involved a clergy person. That being said this novel was packed with emotion and intensity balanced with outstanding insight and humor. The strength and vulnerability of both women is so well depicted and frank. I hope that anyone who enjoys Lesbian romance would take the time to enjoy this outstanding work by a Frankie Duncan. I am always excited to see a new author especially in this genre.
Read more
2 people found this helpful
Report abuse

poulie and moolie
5.0 out of 5 stars very sweet
Reviewed in the United States on 22 November 2020
Verified Purchase
Loved this story. The two main characters were genuine and lovely people as were the side characters. The happiness they found them selves in was yummy. What a feel good read this was. On to more of the author's works!
Read more
Report abuse

Kindle Customer
5.0 out of 5 stars Wonderful story!
Reviewed in the United States on 20 November 2020
Verified Purchase
This is a very beautiful and lovely slow-burn romance. Libby and Brogan characters are so likeable. Once you start reading you can't put it down. It's breathtaking!
Read more
Report abuse
See all reviews
Back to top
Get to Know Us
Make Money with Us
Let Us Help You
And don't forget:
© 1996-2021, Amazon.com, Inc. or its affiliates