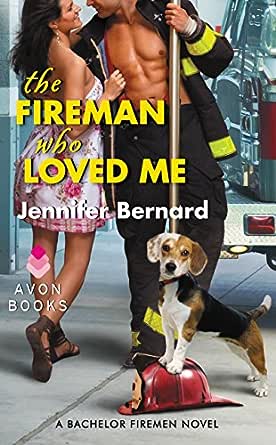 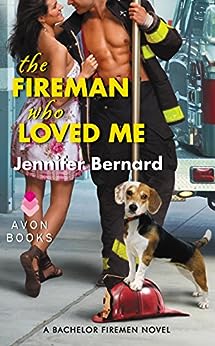 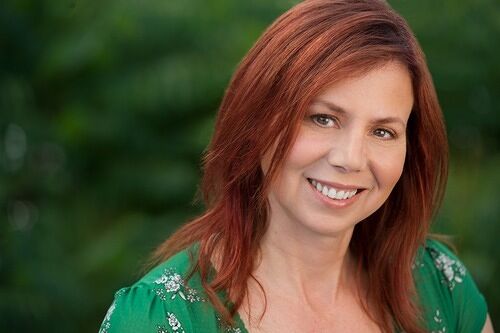 " A story of art, identity, devotion, discovery, and love, the book is [Smith's] first prose work...[it] conjures up the passionate collaboration--as lovers, friends, soul mates, and creators--that she and Mapplethorpe embarked on from the summer they met in Brooklyn in 1967."--Elle

"[Just Kids] reminds us that innocence, utopian ideals, beauty and revolt are enlightenment's guiding stars in the human journey. Her book recalls, without blinking or faltering, a collective memory -- one that guides us through the present and into the future."--Michael Stipe, Time magazine

"[JUST KIDS] is funny and sad but always exhilarating."--Tampa Tribune

"[JUST KIDS] offers a revealing account of the fears and insecurities harbored by even the most incendiary artists, as well as their capacity for reverence and tenderness."--USA Today

"A heartbreakingly sweet recollection of just that sort of vanished Bohemian life...Just as [Smith] stands out as an artiste in a movement based on collectivism, her singular voice gleams among rock memoirs as a work of literature."--Boston Globe

"A moving portrait of the artist as a young woman, and a vibrant profile of Smith's onetime boyfriend and lifelong muse, Robert Mapplethorpe, who died of AIDS in 1989...JUST KIDS is ultimately a wonderful portal into the dawn of Smith's art."--Los Angeles Times

"A remarkable book --sweet and charming and many other words you wouldn't expect to apply to a punk-rock icon."--Newsday

"A revelation. In a spellbinding memoir as notable for its restraint as for its lucidity, its wit as well as its grace, Smith tells the story of how she and Robert Mapplethorpe found each other... beautifully crafted, vivid, and indelible."--Booklist

"A shockingly beautiful book...a classic, a romance about becoming an artist in the city, written in a spare, simple style of boyhood memoirs like Frank Conroy's 'Stop Time.'"--New York Magazine --This text refers to the mass_market edition.

Fearless, smoking hot, and single: meet the Bachelor Firemen of San Gabriel. These firemen might be heroes, but it's their bad luck in love that makes them legendary.

News producer Melissa McGuire and Fire Captain Harry Brody couldn't be more different, though they do have one thing in common: they're both convinced they're perfectly wrong for each other. But when Melissa's matchmaking grandmother wins her a date with Brody at a Bachelor auction . . .

Sparks fly. Passion flares. Heat rises. (You get the picture.)

Add a curse, a conniving nightly news anchor, a stunningly handsome daredevil fireman, a brave little boy, a couple of exes, and one giant fire to the mix, and Melissa and Brody's love may not be the only thing that burns.

4.7 out of 5 stars
4.7 out of 5
112 global ratings
How are ratings calculated?
To calculate the overall star rating and percentage breakdown by star, we don’t use a simple average. Instead, our system considers things like how recent a review is and if the reviewer bought the item on Amazon. It also analyses reviews to verify trustworthiness.

I really enjoyed the prequel novella to Jennifer Bernard's Bachelor Firemen of San Gabriel series so I couldn't wait to read Captain Brody's story in The Fireman Who Loved Me. I have to say I think I might have found myself another favourite series because I absolutely loved this book. The story was exactly what I was looking for - it was sweet and romantic, it was hot and sexy, it made me laugh out loud and it even brought tears to my eyes. It was one of those books that I devoured in one sitting because I absolutely couldn't put it down and yes it is a book I'm going to be highly recommending to anyone who hasn't already read it.

Harry Brody is a Captain of the San Gabriel fire station, he is incredibly good at his job and has the complete respect of his colleagues. Brody is the kind of guy who is always calm and in control which makes him the perfect guy to be in charge of an emergency situation. Melissa is a news producer who lost confidence in herself thanks to her ex, she is wary of love and prefers to focus on her career - even if she does have a horrible habit of letting her colleagues walk all over her. Melissa's grandmother Nelly is determined to see her settled down with a good man so she does what any spunky and fun loving grandmother would do - she spends all of her savings at a bachelor auction buying Melissa the date of a lifetime with a hunky fireman! Melissa is mortified at her grandmother's attempts of kick starting her love life but she can't deny a strong attraction to Brody from the moment they meet. Brody was expecting to go on a date with a woman in her 80s so when it turns out that his date is actually Melissa he is delighted. As the attraction between them sizzles Melissa is the first woman who threatens to break through Brody's calm, composed outer layer and drive him to distraction.

I absolutely loved Brody and Melissa, they have both been through bad break ups in the past that have left them wary of relationships but neither of them can deny their chemistry. As much as the spark between them was enough to ignite a fire I was pleased that they also respected each other and weren't afraid to talk about what they wanted from life. There was one point where a misunderstanding between them was dragged out a little too long for my liking but apart from that I couldn't have been happier with the way things progressed between them. What I really enjoyed was watching the fireworks between them as they bantered with each other. Brody was normally so in control and kept a tight lid on his emotions but Melissa had a way of bringing out his passionate side. At the same time Melissa tended to be a complete pushover when it came to her work colleagues but she was more than able to give as good as she got when it came to Brody. They both brought out the best in each other and that made their relationship feel so much more real and believable to me.

I can't review this book without mentioning Melissa's grandmother Nelly, she was an absolutely hilarious character and she stole the show whenever she was in a scene - I would have been happy to spend much more time with her. I also loved the time spent at the fire station, having grown up around firefighters I found that the banter, teasing and nick names they had for each other was very realistic and great fun to read and I liked the way they took Melissa into their hearts because they had so much respect for Brody. I can't wait for Ryan's story but he definitely isn't the only one I want to know more about and I'm hoping that this will turn into a very long series. My one complaint about the book was the amount of page time given to Melissa's colleague Ella, she was an utterly despicable character who I hated and I wanted to reach into the book just so I could slap her. I was disappointed that she didn't really get what she deserved by the end of the book and I just hope that we don't have to spend any more time with her as the series continues. I could also have done with a little less focus on both of their exes and more page time given to the rest of the hunky bachelor firemen of San Gabriel!

In spite of a couple of minor niggles The Fireman Who Loved Me was a fabulous start to the series and it left me desperate to read Hot for Fireman which just happens to be Ryan's book (although I'm not a fan of the title which I think would have sounded a lot better as Hot for a Fireman but that's just my personal opinion). I'm looking forward to meeting the woman who can tame heartbreaker Ryan, I think she's going to have to be something special! If you're a fan of contemporary romance and love hot, hunky, heroes who are more than capable of sweeping their women off their feet then I'd highly recommend this series. Be warned though - I'll pretty much guarantee it will leave you fantasising about men in uniform!
Read more
Report abuse

Abi
5.0 out of 5 stars A nice read
Reviewed in the United Kingdom on 11 December 2015
Verified Purchase
This is the first book I have read from this author, I really enjoyed it, nice romance, with a good background story, some sex in it but it does not over power the book, I will read more of this series
Read more
Report abuse

Caroline Wortley
5.0 out of 5 stars Fireman series
Reviewed in the United Kingdom on 25 March 2014
Verified Purchase
A real page turner. Looking forward to reading the others in this series. Wouldn't mind having fireman like that where I live!
Read more
Report abuse

Miss CC Russell
5.0 out of 5 stars Love This Series of Books!
Reviewed in the United Kingdom on 14 February 2014
Verified Purchase
Easy to read, very much a page turner, with just the right amount of naughtiness!!! Looking forward to the next instalment!
Read more
Report abuse

BookwormMomma
5.0 out of 5 stars The Fireman Who Loved Me - Fantastic
Reviewed in the United States on 13 September 2014
Verified Purchase
Start with a over zealous dying grandma trying to make sure her granddaughter love life is settle before she goes, add a Firefighters Bachelors Auction and get ready to have fun and enjoy and delightful romantic story.

Melissa Maguire is a serious T. V. Producer, who is tasked with making sure the obnoxious Ella Joy always looks good for the station, even if it means for her to be subservient to the witch. Things go from bad to worse when her Grandma's meddling puts Ella in the mood for a story with the sexy Firemen Bachelors and she has to deal with their gorgeous Captain, who just happens to hate reporters.

Captain Harry Brody remembers very well what a zoo his Firehouse became after a Firefighter bachelors story ran previously. Suddenly he is faced with having to relieve the nightmare after Grandma Nellie makes a big auction donation for a sexy fireman and her granddaughter wants to focus on the firehouse's curse. Too bad her granddaughter doesn't appear to be as happy about the win and the situation she ends up in. Add to that a lot of other complications and let the fun begin.

Will Melissa get her hearts desire? Will Ella?
Can Brody overcome the firehouse's curse?
Read on and have fun while you find out and enjoy the sexy firemen that will make this series a must read for you.
Read more
3 people found this helpful
Report abuse
See all reviews
Back to top
Get to Know Us
Make Money with Us
Let Us Help You
And don't forget:
© 1996-2021, Amazon.com, Inc. or its affiliates