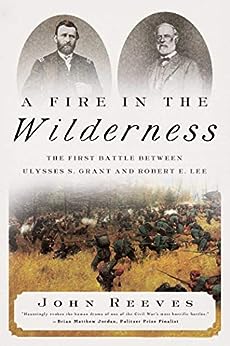 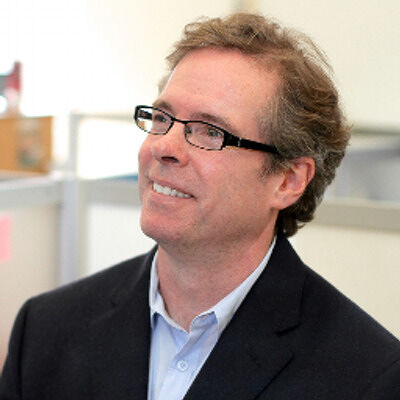 A Fire in the Wilderness: The First Battle Between Ulysses S. Grant and Robert E. Lee Kindle Edition

John Reeves is the author of The Lost Indictment of Robert E. Lee. He has taught European and American history at Lehman College, Bronx Community College, and Southbank University in London. John received an MA in European History from the University of Massachusetts at Amherst. You can learn more about him at john-reeves.com. He lives near Washington, DC. --This text refers to an alternate kindle_edition edition.

"John Reeves illuminates The Battle of the Wilderness from fresh perspectives. His story personalizes the controversial and much-resented substitution policy in an especially compelling way."--Stephen Cushman, Professor of English at the University of Virginia, and author of Bloody Promenade: Reflections on a Civil War Battle

"John Reeves offers us an intimate portrait of the great Battle of the Wilderness that focuses on PEOPLE--their thoughts, hardships, heroics, and personal experiences--that is unlike any book previously published on the battle. His narrative is lively, scrupulously-researched, and filled with a pathos that is rare among writers of Civil War military history."--Christian B. Keller, PhD, author of The Great Partnership: Robert E. Lee, Stonewall Jackson, and the Fate of the Confederacy

"With the absorbing narrative style that distinguished The Lost Indictment of Robert E. Lee, John Reeves hauntingly evokes the human drama of one of the Civil War's most horrific battles... Relating the story of this first clash between Lee and Grant from the perspective of both generals and foot soldiers, this is popular military history at its best."--Brian Matthew Jordan, Pulitzer Prize Finalist for Marching Home: Union Veterans and Their Unending Civil War --This text refers to an alternate kindle_edition edition.

sby
2.0 out of 5 stars Not as expected
Reviewed in the United Kingdom on 16 May 2021
Verified Purchase
This book was supposed to be about the battle of the Wilderness, well it mentions it, but decidedly less than others.. This book is a collection of small repeated biographies of characters invovled in the battle, drawn from other books. The descriptions of the fight are also a collection from other books and the author Morris Schaff, but this book dies NOT detail anything, it merely brushes over events..
Soldier Reeves and the 76th NY are I assume related to this author, although interesto in its self and the hospital's etc..this book was supposed to be about the battle.. it isn't...
The book also ellects to pad out the pages by making reference to other battles or characters linked to the wilderness fight, but who had more of a deal in that other battle.. I would say that at least 75% of this book has nothing to do with the fighting at the battle of the wilderness. However.. it is a well written book that gives a good over view. What the author should have done, and obviously wanted to do.. was write an account about Soldier Reeves and the 76th NY.
Value for money? No sorry not for me.
Read more
Report abuse

RayP63
4.0 out of 5 stars About the humans who fought and died, not just famous Generals
Reviewed in the United States on 7 May 2021
Verified Purchase
This book combines valuable and fresh historical detail with very compelling story-telling, making it enjoyable for novice readers like myself (and I assume academics based on blurbs). Reeves moves between the giant personae of Grant and Lee and the regular men confronting their worst nightmares in battle. His book does the great service of reminding us who fought and died, and his style resonates powerfully.
Read more
5 people found this helpful
Report abuse

John Williams
5.0 out of 5 stars great Civil War history
Reviewed in the United States on 24 May 2021
Verified Purchase
This book is an excellent blow-by-blow military account of two skilled generals fighting one of the crucial battles of the Civil War. But it is equally a sympathetic and nuanced story of the individual human beings who fought, suffered and died in the battle. There are so many thoughtful details that brought to life for me this crucial moment in our country's history and made me think about it in a new way.
Read more
Report abuse
See all reviews
Back to top
Get to Know Us
Make Money with Us
Let Us Help You
And don't forget:
© 1996-2021, Amazon.com, Inc. or its affiliates