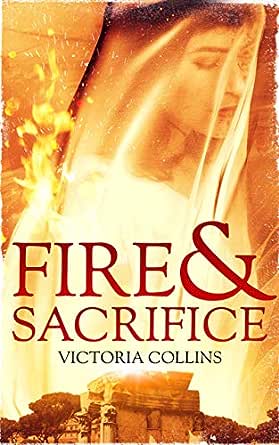 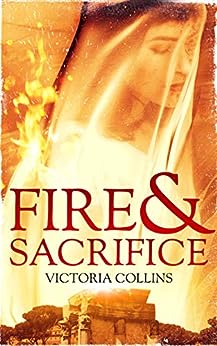 Fire and Sacrifice: A novel of ancient Rome Kindle Edition

Victoria Collins lives and works in Canberra, Australia. After completing a Bachelor of Communication (Professional Writing) she has held a long career in corporate communications and journalistic writing, and has taught diploma students in creative writing, professional writing and public relations for more than six years. She is also author of Fast Effective News Writing for Nonprofits. --This text refers to the paperback edition.

Julia D
5.0 out of 5 stars Intriguing, captivating, laugh and cry
Reviewed in Australia on 8 October 2018
Verified Purchase
Victoria Collins has an amazing gift of making you feel like you are right there. Great insight into forgotten and important, intriguing events that have you wanting more.
Read more
Helpful
Comment Report abuse
See all reviews from Australia

Sherry Christie
5.0 out of 5 stars A beautifully written story of love and duty
Reviewed in the United States on 9 November 2018
Verified Purchase
Victoria Collins’s FIRE AND SACRIFICE starts off at a breathless pace with the frantic slavegirl Secunda being dragged across Rome by her owner’s two sons, who intend to throw her off the Tarpeian Rock for an offense she denies. By chance they cross paths with a Vestal Virgin, who by law can pardon a condemned criminal on the spot. Secunda is instantly dazzled by the Vestal, Aemilia, who orders her release.

The girl flees from her disgruntled accusers in a wonderful passage of helter-skelter terror: “I ran like a wild thing, flapping and flailing like a hen before the axe. I ran to the Tarpeian Rock, on the hill above the forum. I don’t know why. I threw up there. I ran from the rock to the Temple of Jupiter, looming behind me big as a god. I ran round behind it, away from its glare, back along the massive foundation stones and down the escarpment, through the bush like wildfire, leaping over logs and onto rocks, jumping hollows and charging through shrubs, sliding crawling falling all the way down to the road.”

Later Secunda sneaks to the House of the Vestals, where to her immense delight she is taken in and given a position as cook to Aemilia and the five other Vestals. Her facial disfigurement, dating from a fall into the kitchen fire as a toddler, doesn’t matter to these kindly women. Recruited in girlhood to tend the eternal flame of the goddess Vesta until their retirement at the end of 30 years, the Vestals’ devotion is regarded by superstitious Romans as an essential factor in retaining the favor of the gods. Alas, when the survivors of a terrible military defeat straggle back to the city, official fingers point to the Vestals’ somehow having failed in their duty of chastity and fidelity. The ending is one that will stick with you for some time.

Collins writes lyrical descriptions (“It was the gods’ hour. That hour before dawn when the moon has made its arc and the sky is deep turquoise as the light slowly warms . . . . Gods and spirits are better heard, and sneak most easily through as we sleep”), interspersed with startlingly unrefined dialogue (“The Arab huh? Really?” says the Pontifex Maximus). The abrasiveness of modern vernacular, coupled with Collins’s device of stitching in relevant excerpts from real historians, forces the reader into the reality of what’s happening. It’s a daring approach for an author to take, but it works.

I did note that oranges, pumpkins, and butter wouldn’t have been in Secunda’s pantry around 114 BC. And one or two terms were baffling (“Terentia was ropable: at the girls and at the gods,” and somebody “faffing about,” which I think we Yanks call “puttering around”).