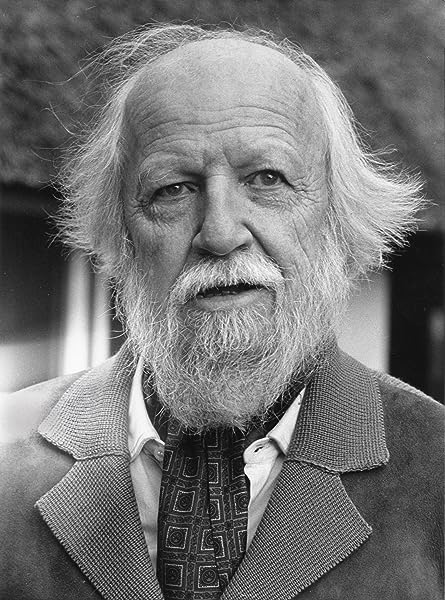 Fire Down Below: With an introduction by Victoria Glendinning Paperback – 1 December 2013

William Golding was born in Cornwall in 1911 and was educated at Marlborough Grammar School and at Brasenose College, Oxford. Before he became a schoolmaster he was an actor, a lecturer, a small-boat sailor and a musician. His first novel, Lord of the Flies, was published in 1954. He won the Booker Prize for his novel Rites of Passage in 1980, and was awarded the Nobel Prize for Literature in 1983. He was knighted in 1988. He died at his home in the summer of 1993.
Start reading Fire Down Below on your Kindle in under a minute.

Richard S
4.0 out of 5 stars NO PORT IN A STORM
Reviewed in the United States on 13 March 2015
Verified Purchase
This is the final installment of Golding's "Sea Trilogy," the first two being "Rites of Passage" and "Close Quarters." Like those books, this volume is narrated - in the form of a journal - by Edmund Talbot, a young man of the British upper class traveling from England to Australia, where he has an "entry level" position awaiting him in the local government. Since it is 1813 or 1814 the only way to get there is by sea, a voyage that ends up taking nearly a year. The sailing ship is old and breaking apart by the start of this part of the saga. It is by no means certain that it will reach its destination (although, because we are reading Edmund's journal, we - the readers - assume that he makes it to Sydney in the end.) Along the way, the ship encounters awful dangers: terrifying storms, huge icebergs, etc. Also, because the means to measure longitude has not yet been invented, no one seems to know where the ship actually is much of the time! Food and water are running out, since the voyage has taken much longer than anticipated. In the end, though, this story, as in the books that preceded it, is about the education of Edmund Talbot, who begins this voyage quite ignorant of the ways of men and the world. His experiences shatter his preconceptions about men and women from other classes than his own, for one thing, and in the course of the voyage we observe his transformation from self-regarding, entitled youth to something else - manhood, perhaps. Edmund's friendship with the ship's first officer, Charles Summers, and his growing appreciation of an unusual couple, Mr. and Mrs. Prettiman, give this rather bleak story a much-needed warm heart. I gave the first two books each five stars. This one I gave four, mainly because it doesn't hold up very well as a self-contained story. An interested reader should really start at the beginning, with "Rites of Passage." Highly recommended.

p.s. A wonderful filmed version of these books was produced for the BBC a few years ago. Edmund is played - superbly - by Benedict Cumberbatch. The DVD is available under the title "To the Ends of the Earth."
Read more
Report abuse

advance
3.0 out of 5 stars Don't buy three separate volumes
Reviewed in the United States on 10 December 2018
Verified Purchase
I bought each of the volumes and the kindle versions have a lot of empty space in the pages so each volume is actually shorter than the page numbers indicate. In hindsight its easy to see that the 3 in 1 version is the one to buy. It's not an epic and even one of the characters remarks that it is simply, "A series of events." The reviews that I've seen try to give the whole thing more credit than it deserves.
Read more
Report abuse

Serena
5.0 out of 5 stars Benedict ran around in my head
Reviewed in the United States on 4 October 2014
Verified Purchase
I purchased this trilogy after trying to watch Benedict Cumberbatch in the DVD version. While he is beautiful to watch,I often floundered with the plot as I had trouble understanding the British accent, language of the time, and "Tarpaulin", which is a kind of sailors' language. Having the experience of seeing Benedict in the role of Edmund Talbot enhanced the reading of this extraordinary trilogy. I fell in love with these books and was so sad to read the last page. So thank you Benedict Cumberbatch for opening a whole new world for me. I'm now voraciously devouring all of William Golding's works, ever the sweeter having been forced to read "Lord of the Flies" in high school many years ago.
Read more
One person found this helpful
Report abuse
See all reviews
Back to top
Get to Know Us
Make Money with Us
Let Us Help You
And don't forget:
© 1996-2021, Amazon.com, Inc. or its affiliates