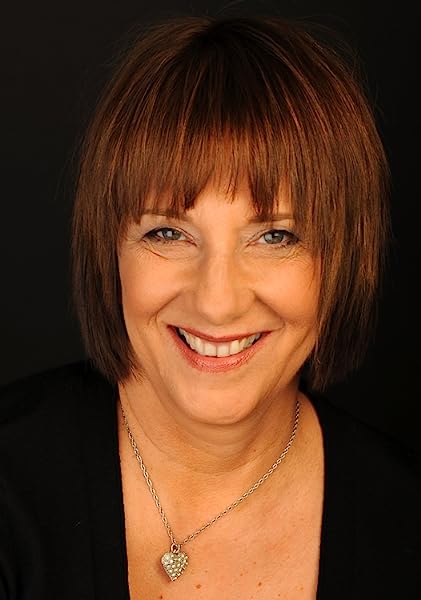 by Deborah Crombie (Author)
4.3 out of 5 stars 282 ratings
See all formats and editions
Sorry, there was a problem loading this page. Try again.
Jack Montfort grew up in the shadow of Glastonbury Tor in a town revered as the mythical burial place of King Arthur, and, according to New Age followers, a source of strong druid power. Montfort has little more than a passing interest in the history of the area - until he comes across an extraordinary chronicle almost a thousand years old . . . When a member of Jack's circle is attacked and left for dead, he appeals to his cousin, Superintendent Duncan Kincaid, for help. For something terrible and bloody shattered Glastonbury Abbey's peace long ago - and now it is about to spark a violence that will reach forward into the present . . .
Read more
Previous page
Next page

Deborah Crombie's Duncan Kincaid/Gemma James novels have been nominated for the Agatha, Macavity and Edgar Awards and have received superb reviews. Deborah lives with her family in a small North Texas town. Visit her website at www.deborahcrombie.com
Start reading A Finer End: A Kincaid and James Mystery 7 on your Kindle in under a minute.

Deborah Crombie grew up near Dallas, Texas, but from a child always had the inexplicable feeling that she belonged in England. After earning a Bachelor's degree in Biology from Austin College in Sherman, Texas, she made her first trip to Britain and felt she'd come home. She later lived in both Chester, England, and Edinburgh, Scotland, where she failed to make as good a use of being cold and poor as JK Rowling.

It was not until almost a decade later that, living once more in Texas and raising her small daughter, she had the idea for her first novel, a mystery set in Yorkshire. She had no credentials other than a desire to write and a severe case of homesickness for Britain. A Share in Death, published in 1993, was short-listed for both Agatha and Macavity awards for Best First Novel and was awarded the Macavity.

Crombie's fifth novel, Dreaming of the Bones, was a New York Times Notable Book in 1997, was named by the Independent Mystery Booksellers as one of the 100 Best Crime Novels of the Century, was an Edgar nominee for Best Novel, and won the Macavity award for Best Novel.

Subsequent novels have been published to critical acclaim and in a dozen languages. Crombie's 18th novel featuring Metropolitan Police detectives Superintendent Duncan Kincaid and Inspector Gemma James, A BITTER FEAST will be published by Harper Collins in October, 2019.

The author still lives in Texas but spends several months out of the year in Britain, maintaining a precarious balance between the two, and occasionally confusing her cultural references.

4.3 out of 5 stars
4.3 out of 5
282 global ratings
How are ratings calculated?
To calculate the overall star rating and percentage breakdown by star, we don’t use a simple average. Instead, our system considers things like how recent a review is and if the reviewer bought the item on Amazon. It also analyses reviews to verify trustworthiness.

Amazon Customer
5.0 out of 5 stars Five Stars
Reviewed in Australia on 3 June 2016
Verified Purchase
i have read all the Kincaid and James mysteries. This continues in the tradition of excellence.
Read more
Helpful
Report abuse
See all reviews

P. Rowley-brooke
5.0 out of 5 stars Relationships
Reviewed in the United Kingdom on 1 December 2019
Verified Purchase
I began reading the Duncan Kincaid/Gemma James books in the middle of the series - Water Like a Stone - and was hooked but, to be honest, I wouldn’t have read all Deborah Crombie’s 18 in the series had I started at the first which Is good but not as rounded as the later novels and I held off commenting on any until completed the marathon. Firstly, I can say, without fear or favour, that I thoroughly enjoyed all of the mysteries. They are all whodunnits but centred around an expanding group of families and friends. While each book covers a separate mystery and murder(s) there is the recurrent theme of the family that runs through all the stories - and often murders come to Duncan and Gemma - separately and together. Because of the titles there is no need for a spoiler alert to the readers of the first book to know that Duncan and Gemma become an item and then a family - not as quickly as one might think. Having read a number of books that have been turned into TV series I’m surprised that no-one has attempted to turn what I believe to be one of the finest of the genre - I have not come across another series that so economically but finely draws its main characters. However, I notice that many of the current TV series have relatively few central characters and that perhaps the increasing cast of friends and family (despite losing a few on the way) might put producers off.
Read more
One person found this helpful
Report abuse

Wendy McFarlane
4.0 out of 5 stars A good read.
Reviewed in the United Kingdom on 16 February 2014
Verified Purchase
Jack Montefort moves back to the place of his childhood, Glastonbury, when his wife dies. After some time he becomes close to Winnie, the parish priest whilst at the same time experiencing episodes of automatic writing. It's as if a dead monk from Glastobury's past is trying to get an urgent message across. Freaked out and convinced he is suffering a breakdown possibly due to his berevement he confides in Winnie; but she has other ideas what this could be. Jack calls on his cousin DS Kincaid when an attempt on Winnie's life is made and so the investigation into these strange occurances begins. Here we have automatic writing, a splash of the supernatural, dead monks, mystery chants and angelic music floating around in the night, you would imagine this to be a bit of a disaster... but it's not! It had me gripped all the way through. Close on Winne's attack comes murder and when Kincaid's partner arrives a full investigation gets underway. It's a very imaginative story but told so well it's believable. The story of the Holy Grail not actually being an object but something quite different I found fasinating and you become absorbed into the myths and legends associated with this special place known as Avalon. A really engrossing read, very well told and a must if you enjoy your books to be imaginative.
Read more
4 people found this helpful
Report abuse

gail
5.0 out of 5 stars Good storyline. Good condition of book
Reviewed in the United Kingdom on 20 February 2019
Verified Purchase
Good condition from this seller. I so enjoy this author I had to add to my collection. A good read as usual.
Read more
Report abuse

Dr. Peter G. Upton
4.0 out of 5 stars Imaginitive, needed editing
Reviewed in the United Kingdom on 20 August 2010
Verified Purchase
Glastonbury is prominent in this superior police procedural taking Kincaid and James a little further in their relationship. Automatic writing aside (I was able to accept it as part of a good yarn) there were too many grating Americanisms not just in the narrative, but in the reported speech. A competent editor should have dealt with the 'kibble factor' and made a good book better.
Read more
Report abuse

Amazon Customer
4.0 out of 5 stars Four Stars
Reviewed in the United Kingdom on 17 June 2018
Verified Purchase
good read
Read more
Report abuse
See all reviews
Back to top
Get to Know Us
Make Money with Us
Let Us Help You
And don't forget:
© 1996-2021, Amazon.com, Inc. or its affiliates