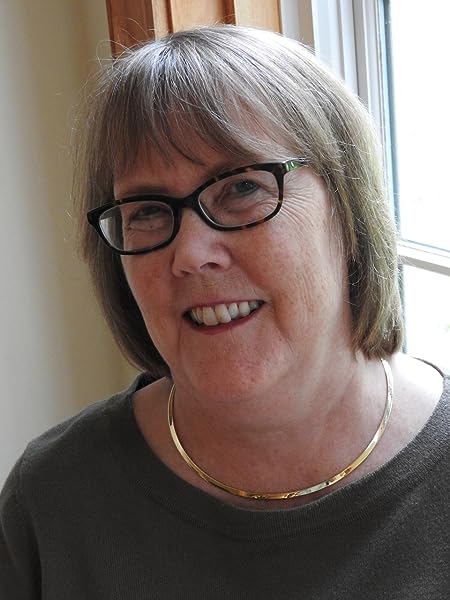 Page 1 of 1 Start overPage 1 of 1
Previous page
Next page
Start reading Finding Wonders: Three Girls Who Changed Science on your Kindle in under a minute.

* “Vividly imagines the lives of three girls who grew up to become famous for their achievements in science. . . . Atkins has a knack for turning a phrase. . . . Science is woven through the narratives, but within the fabric of the characters’ daily lives and family struggles. . . . each of these three perceptive portrayals is original and memorable.” ― Booklist, starred review

“Evocative and beautiful. Highly recommended for fans of poetry about the natural world and the lives of real people.” ― School Library Journal

* “Distinguished for both content and elegance. . . . Readers are lured in by strong openings and vivid storytelling. . . . With each chaptered poem a gem in its own right, this collection will appeal to poetry lovers as well as awakening scientists.” ― BCCB, starred review

“Atkins guides readers through the themes that connect the women’s scientific quests, from a boundary-pushing desire for knowledge . . . to the satisfaction they find in their work.” ― Horn Book

“Inspirational and informative, Atkins shows how pursuing one’s passion for science, math, or any field considered nontraditional is worth the risk.” ― Kirkus Reviews

Jeannine Atkins is the author of several books for young readers about courageous women, including Finding Wonders: Three Girls Who Changed Science, Grasping Mysteries: Girls Who Loved Math, Stone Mirrors: The Sculpture and Silence of Edmonia Lewis, and Borrowed Names: Poems about Laura Ingalls Wilder, Madam C.J. Walker, Marie Curie, and Their Daughters. Jeannine teaches writing for children and young adults at Simmons University. She lives in western Massachusetts. Visit her at JeannineAtkins.com.

Gautam
5.0 out of 5 stars Awesome
Reviewed in India on 2 January 2020
Verified Purchase
A different way of telling the stories.. keeps the interest of the kids along with increasing knowledge..highly recommended
Read more
One person found this helpful
Report abuse

Tess Eggleston
4.0 out of 5 stars Expertly researched, beautifully written biography in verse
Reviewed in the United States on 14 June 2018
Verified Purchase
Recommended to me through Diverse Books Club on GR, I would have never found this one on my own. It's a sad irony in that the three women featured I've never heard of before, either, though they surely made an indelible impression in the annals of science. The biographies of these women are told perfectly through verse. I think had the author written in an any other form, she would have missed her mark.

Both fascinating as well as informative, I come away with a greater appreciation for living in the times that we do. In many ways, they were raised and encouraged to forge their own paths by strong male mentors; they went on to live fulfilling and some would argue independent lives. But I couldn't help feeling that their lives were so much smaller simply because of their gender.

The detailed annotations at the back are not to be missed. Atkins knows that she has only piqued the interest of her readers with these scientists, and that they will want to know more. Finding Wonders should find a place in every library for both boys and girls to enjoy.
Read more
2 people found this helpful
Report abuse

D Kelleher
5.0 out of 5 stars Wonderful Book
Reviewed in the United States on 3 October 2016
Verified Purchase
This is a beautifully written book about 3 unknown women from history who changed the world of science. It’s breathtaking in its poetry and images and celebrates those who question-even when it’s not always safe to do so. Maria Merian documented the metamorphosis of insects, Mary Anning excavated ‘dragons’ that were in fact dinosaur fossils, and Maria Mitchell found a comet. All of them living in times when women’s contributions to science were scorned or ridiculed. Though here I must point out that it’s impossible to even know what women contributed to science over the ages since it’s not documented anywhere. How do we know that it wasn’t Mrs. Gutenberg who invented the printing press? Maybe one day she was washing the dishes and listening for the millionth time to Johannes complain about the problems of printing and she said, “Joe! For heaven’s sake just use moveable type! And would it hurt you to throw your dirty socks in the hamper instead of on the bathroom floor?” And off he ran to the print shop shouting eureka without a thought to giving her credit for something that changed everything.
Anyway, this book is wonderful for any age and would be a great read-aloud to a child before bed. Send them to sleep dreaming of their own possible contributions to the world.
Read more
13 people found this helpful
Report abuse

SharonMabel
5.0 out of 5 stars Beautiful true stories of girls in 3 time periods who followed their hearts and minds
Reviewed in the United States on 6 December 2017
Verified Purchase
Stories told in poems about 3 surprising girls/women. I was suspect to see "Poems," but the lyrical poems really pulled me along in the story, capture the beauty of nature and curiosity that each woman explored. Some of the stories are sad, as their lives were hard at times, but each persevered and achieved things through hard work and patience. Wow
Read more
2 people found this helpful
Report abuse
See all reviews
Back to top
Get to Know Us
Make Money with Us
Let Us Help You
And don't forget:
© 1996-2021, Amazon.com, Inc. or its affiliates