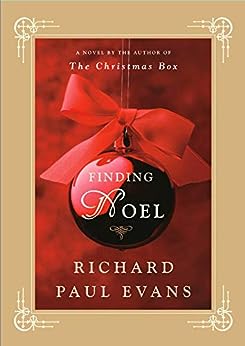 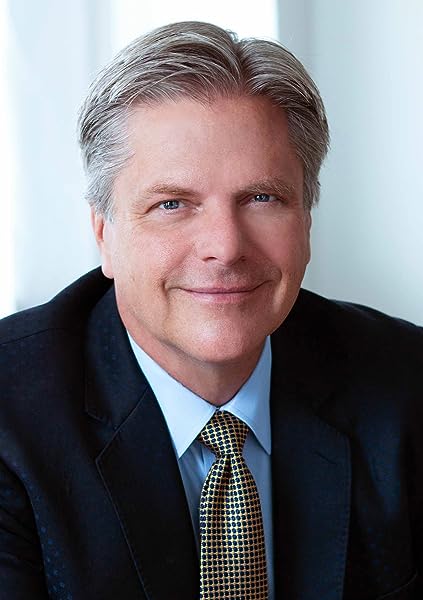 by Richard Paul Evans (Author) Format: Kindle Edition
See all formats and editions
Sorry, there was a problem loading this page. Try again.
A heartwarming and inspirational Christmas novel in the tradition of The Christmas Box, Grace, The Gift, and The Christmas List. The New York Times bestselling author of The Christmas Box and The Walk series returns with a holiday novel of hope, love, and redemption.

A young woman, who has been adopted as a child by a loving family, has only a Christmas ornament inscribed with the word “Noel” as a keepsake of her birth family, about whom she remembers nothing. When long hidden memories resurface, she begins an emotionally challenging personal journey as she searches for her biological sister and clues about her mysterious past...
Read more
Previous page
Next page

Richard Paul Evans is the #1 bestselling author of The Christmas Box. Each of his more than thirty-five novels has been a New York Times bestseller. There are more than thirty-five million copies of his books in print worldwide, translated into more than twenty-four languages. He is the recipient of numerous awards, including the American Mothers Book Award, the Romantic Times Best Women's Novel of the Year Award, the German Audience Gold Award for Romance, five Religion Communicators Council Wilbur Awards, The Washington Times Humanitarian of the Century Award, and the Volunteers of America National Empathy Award. He lives in Salt Lake City, Utah, with his wife, Keri, and their five children. You can learn more about Richard on Facebook at Facebook.com/RPEFans, or visit his website RichardPaulEvans.com. --This text refers to the audioCD edition.

When Richard Paul Evans wrote the #1 best-seller, The Christmas Box, he never intended on becoming an internationally known author.

Officially, he was an advertising executive, an award-winning clay animator for the American and Japanese markets, candidate for state legislature and most importantly, husband and father. The Christmas Box was written as an expression of love for his (then) two daughters. Though he often told them how much he loved them, he wanted to express his love in a way that would be timeless. In 1993, Evans reproduced 20 copies of the final story and gave them to his closest relatives and friends as Christmas presents. In the month following, those 20 copies were passed around more than 160 times, and soon word spread so widely that bookstores began calling his home with orders for it.

His quiet story of parental love and the true meaning of Christmas made history when it became simultaneously the #1 hardcover and paperback book in the nation. Since then, more than eight million copies of The Christmas Box have been printed. The Emmy award-winning CBS television movie based on The Christmas Box starred Maureen O'Hara and Richard Thomas. Two more of Evans's books were produced by Hallmark and starred such well-known actors as James Earl Jones, Vanessa Redgrave, Naomi Watts, Mary McDonough and Academy award winner Ellen Burstyn. He has since written 10 consecutive New York Times bestsellers and is one of the few authors in history to have hit both the fiction and non-fiction bestseller lists. He has won three awards for his children's books including the 1998 American Mothers book award and two first place Storytelling World awards. Evans's latest book, The 5 Lessons a Millionaire Taught Me About Life and Wealth, is now available.

Of his success, Evans says: "The material achievements of The Christmas Box will never convey its true success, the lives it has changed, the families brought closer together, the mothers and fathers who suddenly understand the pricelessness of their children's fleeting childhood. I share the message of this book with you in hopes that in some way, you might be, as I was, enlightened."

During the Spring of 1997, Evans founded The Christmas Box House International, an organization devoted to building shelters and providing services for abused and neglected children. Such shelters are operational in Moab, Vernal, Ogden and Salt Lake City, Utah and Lucre, Peru. To date, more than 16,000 children have been housed in Christmas Box House facilities.

4.8 out of 5 stars
4.8 out of 5
253 global ratings
How are ratings calculated?
To calculate the overall star rating and percentage breakdown by star, we don’t use a simple average. Instead, our system considers things like how recent a review is and if the reviewer bought the item on Amazon. It also analyses reviews to verify trustworthiness.

Deanna Sommer
5.0 out of 5 stars Another great book by Richard Paul Evans... I don't think I have read a book that he has published that isn't a classic story.
Reviewed in the United States on 19 February 2018
Verified Purchase
I Close the #5 STAR rating because he deserved it. The public needs to know what the problems could be by being the recipient of adoption proceeding as a little child thar
Has no consideration in the court ruling. The social worker seems to have too much say and not enough experience . A terrible tragedy could have been avoided for
Noel and Macy. The promise to the mother should have been kept. It was a clever way the Author of this story made the mother's , love of her two girls reunite after
So many years apart... with not even a name. A miracle for sure. What is so sad is a family adopts a little child and treats them so horrible. A family! NOT just 1 person.
But, the family. A sweet child. This story was filled with emotions. It wasn't a story about one persons tragedy... But, how it effected others lives and childhood
Memories. It's a nice story how Mark and Macy meet their challenges ,work through their childhood memories and face the world with love instead of revenge.
It could have ruined them forever. And sweet Joette..what a sweet angel. Good story Mr, Evans.
Read more
One person found this helpful
Report abuse
See all reviews
Back to top
Get to Know Us
Make Money with Us
Let Us Help You
And don't forget:
© 1996-2021, Amazon.com, Inc. or its affiliates