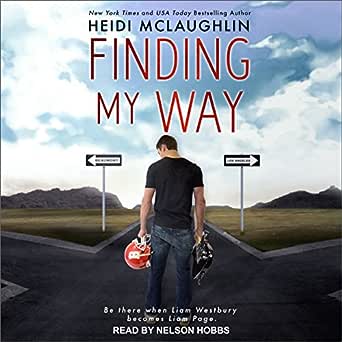 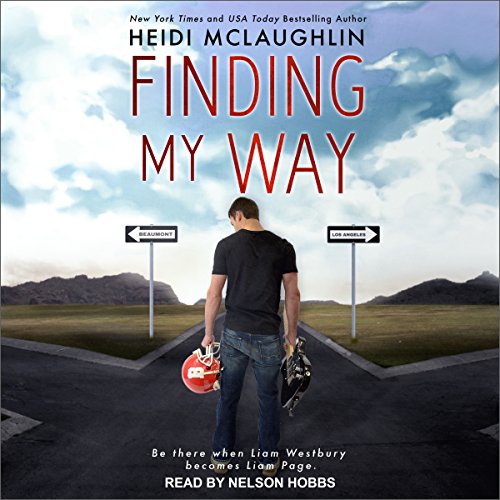 4.6 out of 5 stars
4.6 out of 5
322 global ratings
How are ratings calculated?
To calculate the overall star rating and percentage breakdown by star, we don’t use a simple average. Instead, our system considers things like how recent a review is and if the reviewer bought the item on Amazon. It also analyses reviews to verify trustworthiness.

Possy2012
4.0 out of 5 stars I love a lost Liam
Reviewed in Australia on 27 April 2014
Verified Purchase
A huge fan of The Beaumont Series and this is just the icing ont he cake. I loved Liam in the first book but i am so glad we got this look into him. He was young, scared and wanted something that he couldnt explain. He was willing to give up his happiness to try to make his dream a reality.
It lets you in on who Liam was and where he was at when he returned to Beaumont.
Read more
Helpful
Report abuse

Gtr33gurl
4.0 out of 5 stars WOW
Reviewed in Australia on 19 April 2014
Verified Purchase
Getting inside of Liam's head was mind boggling the thought process was OMG what was he thinking half the time and that he never talked to JoJo in 10 years wow couldn't believe it now makes me wanna read Forever my Girl again lol Sam was a crazy b'arch and I still hate her love love love Harrison even more now
Read more
Helpful
Report abuse
See all reviews

Julie Kirby
4.0 out of 5 stars Teenage Liam!
Reviewed in the United Kingdom on 16 May 2014
Verified Purchase
You cant help but love Liam, he didnt have it easy! He was a really troubled soul, we didn't get to understand how his parents treated him, We knew that he loved Josie, that much was evident, It was good to revisit teenagers Liam and Josie, they had a great time, first loves, first everythings!

The friendship of Katelyn and Mason and Josie and Liam was great, getting in on their interactions.

I felt so sorry for Liam, after Mason bailed on him! leaving him to go to Texas University on his own, I guess thats where things started to go against him! The coach on the football team could have been a bit more supportive, but then we wouldn't have had the other great books in the series!

When he makes the final decision about dropping out of college, albeit a harsh decision, he goes straight to Josie, we actually get to see a slightly different side to her, she seemed to be an all round good girl, but it felt that they were destined for a break up had he stayed.

So he goes to LA after meeting his Grandma, makes you wonder about why his mother dropped everything to be with his dad! He gets to LA and his grandma starts having parties in his honour, although he does not realise this, he meets with a Management Agency, and its here we find about what made him really bitter towards the agency, with Samantha, even though things started well, they suddenly changed, he quickly got into the habit of sleeping around, totally unbeknown to the lives back in Beaumont!

He had a lot of guilt to work through, and as he says himself, he left it too long! and we end right where Forever my girl starts...............
Read more
Report abuse

Coffee & Chocolate
5.0 out of 5 stars Warning this Review contains Spoilers! Buy this book as it's really good...
Reviewed in the United Kingdom on 18 April 2014
Verified Purchase
Heidi Mclaughlin, for me, is an insta-buy author, especially when the Beaumont Series is involved. I have loved all the previous books and this one is no exception!

The prequel to Forever my Girl; Finding My Way tells the story of how Liam Westbury became mega star Liam Page. It shows us the young love of Josie and Liam and the devastation of their break up. We get introduced to the lovely Harrison; meet the good and bad influences in young Liam's life.

This book draws you in and gets you involved. It brought out a range of emotions for me and that is a testament to Ms Mclaughlin's writing skill. I went from heartbreak for Liam's situation to downright anger at him (when he slept with Layla ).

Which I kind of want to rant about....He professes to love Josie forever, that she's the only girl for him yet f@Cks the first woman that comes on to him soon after their break up and carries on with other women. He also states that he wants to get Josie pregnant (and does unknowingly) yet doesn't think that he might have done when he hits LA. End of Rant.

I had to go back and read the other books to remind myself that there is a HEA!

I loved this book and I hope the series carries on. I would like to see Josie's POV from this time and I especially would love to see Liam and Josie have another baby!

jeanette
2.0 out of 5 stars Pointless book
Reviewed in the United Kingdom on 2 November 2015
Verified Purchase
I love this series, but not sure this story deserves a whole book or should have been first not fourth in the series.

Don't get me wrong I love Liam and how he's the Patriarch of his family and it's great to see his story but not where it is and its way too long. would have been better as a short story.
Read more
Report abuse

Nikki Costello
5.0 out of 5 stars Liam!!!
Reviewed in the United Kingdom on 29 September 2017
Verified Purchase
I loved getting more insight into how Liam Westbury became Liam Page in the time he was away from Beaumont and what really happened with Sam.
Definitely not a book to be missed!!
Read more
Report abuse

shannan
5.0 out of 5 stars Stunningly fantastic!
Reviewed in the United Kingdom on 3 May 2014
Verified Purchase
Once again, a stunningly fantastic book from heidi! I have loved this series from the start and it was great to see how liam, harrison and jimmy got to where they are today. I was screaming and shouting at the book from start to finish i was that gripped. Congratulations heidi, you did it again!
Read more
Report abuse
See all reviews
Back to top
Get to Know Us
Make Money with Us
Let Us Help You
And don't forget:
© 1996-2021, Amazon.com, Inc. or its affiliates