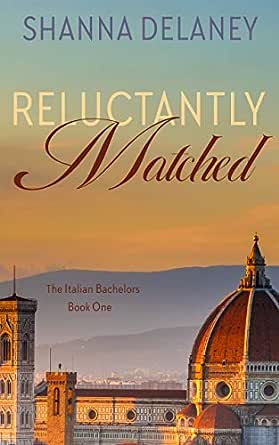 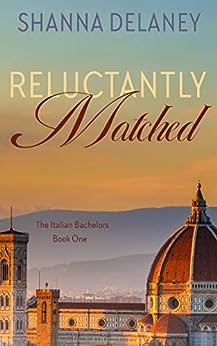 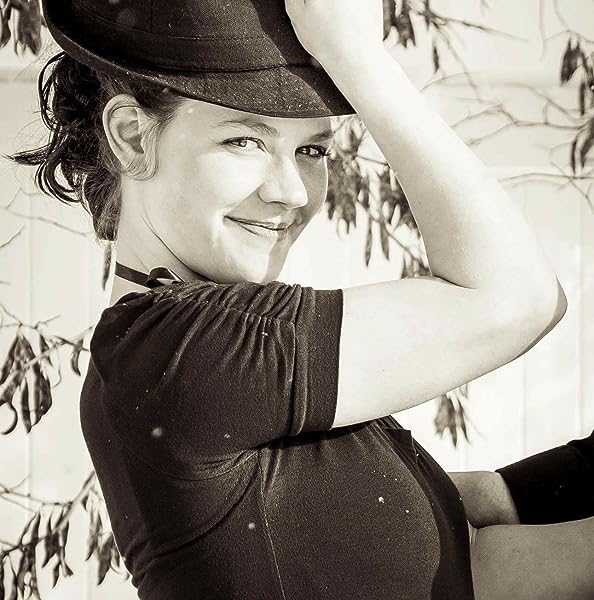 Kindle Customer
TOP 1000 REVIEWER
3.0 out of 5 stars Nice
Reviewed in Australia on 28 July 2019
Verified Purchase
I really enjoyed the 'scent' of Italy that imbued this book. It was lovely to visit there in this story. The developing relationship between the two characters was nice. I especially liked the ending.
Read more
Helpful
Report abuse
See all reviews

wynifredppitt
4.0 out of 5 stars A bit unexpiring
Reviewed in the United Kingdom on 9 October 2019
Verified Purchase
A bit boring
Read more
Report abuse

jenny L
5.0 out of 5 stars Lovely
Reviewed in the United States on 17 April 2019
Verified Purchase
Great story with details to make you feel like you were in Florence. If I never make it, I have been there in this book. Clean romance for the Christian reader.
Read more
16 people found this helpful
Report abuse

Glynn Young
5.0 out of 5 stars Engaging story of two people finding love in Florence
Reviewed in the United States on 9 January 2020
Verified Purchase
Samantha is finally realizing the dream of her young life – traveling to Florence to see and study its great works of art and especially its sculpture. Raised by her grandmother, her art studies in college were cut short when her grandmother developed Alzheimer’s. Her travel to Florence, however, has been beset by delays and canceled flights, and she’s already lost two days. She’s almost bumped from the flight she’s finally on, when a handsome man intervenes with the flight attendant, enabling her to get a seat in first class – and finally some sleep.

Landing in Florence, she’s almost robbed when the handsome stranger, Edo, once again intervenes. He realizes she’s booked her vacation stay at his family’s home outside Florence. It’s the family business he left Italy six years before to try to avoid. He also left a girlfriend who wasn’t interested in moving to the United States.

Edo’s mother wants grandchildren, and she spots a possible opportunity in Samantha. Her rather obvious matchmaking begins to pay off, when Edo seems less and less reluctant to escort Samantha around Florence and its treasures. He begins to see not only his city but also his home and family with Samantha’s eyes. For her part, Samantha finds herself falling in love, but her vacation will be ending, and she has to return to life in the United States.

“Reluctantly Matched” by Shanna Delaney is the story of Samantha and Edo, and it’s also the story of Florence and the surrounding countryside, as much a character as the two protagonists.

Delaney is the author of three romance novels in her Italian Bachelors series: “Accidentally Enemies” (set in Venice), “Reluctantly Matched,” and “Hesitantly Reunited” (set in Rome). She’s also published a related novella, “Love in Terminal B.” “Reluctantly Matched” was formerly entitled “Finding Love in Florence,” until renamed with the new series title.

“Reluctantly Matched” is an engaging tale of two people, one American and the other Italian, who discover each other and love in one of Italy’s most beautiful cities.
Read more
4 people found this helpful
Report abuse

3GirlsRunMyLife
5.0 out of 5 stars Perfect getaway romance
Reviewed in the United States on 20 April 2020
Verified Purchase
With corona virus keeping me stuck in close proximity to little ones ALL DAY, I needed a getaway. I started it after they went to bed and finished just in time for me to hit the hay. I felt like I'd been transported to the perfect European vacation with a butterfly-inducing romance to boot. It was exactly what I needed. Plus, the plot was spot on, the characters motivations were consistent and believable, and the descriptions of the setting really immersed me. A great, quick, clean, escape I would recommend to anyone.
Read more
3 people found this helpful
Report abuse

SLF
5.0 out of 5 stars Beautiful descriptions, well developed characters
Reviewed in the United States on 26 September 2020
Verified Purchase
I started to read this book because Florence is one of my favorite cities and I have fond memories of being there but I continued to read it because of the richness of the story. The city and countryside were described beautifully and the characters were well developed. This is a very clean story and although I normally read books with a lot of steam, I did not miss it with this story. Samantha and Edo's relationship grew over a short time but you could feel the emotions between them. What a fabulous love story. This was a new author for me but I will be reading her again.
Read more
2 people found this helpful
Report abuse
See all reviews
Back to top
Get to Know Us
Make Money with Us
Let Us Help You
And don't forget:
© 1996-2021, Amazon.com, Inc. or its affiliates