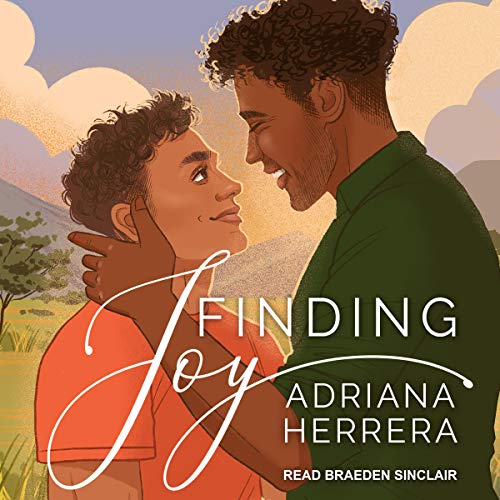 foodycat
5.0 out of 5 stars I absolutely loved this
Reviewed in the United Kingdom on 12 July 2020
Verified Purchase
I'd give it 6* if I could. I absolutely loved this. Desta and Elias are so lovely. I like that the obstacles they face are real, both internal and external forces and their attraction feels very plausible, even though it happens in quite a condensed time period.
Read more
Report abuse

Amazon Customer
4.0 out of 5 stars Gem of a romance
Reviewed in Germany on 24 November 2020
Verified Purchase
This might not be my favourite Adriana Herrera book, but that's only because American Dreamer is THAT good. This is a very close second though.

This was such an intense and hopeful romance, and I absolutely adored the setting. Absolute gem of a novel. And the fooooood!!
Read more
Report abuse

RV
5.0 out of 5 stars A slow burn romance that breathes authenticity from start to finish
Reviewed in the United States on 7 August 2020
Verified Purchase
Set in Ethiopia, the novel is about Desta, a 26 year old American working for an aid organization, and the slightly older Elias, an Ethiopian logistics coordinator on Desta's team. In the first half of the book, the author paints a vivid picture of Ethiopia's different regions, cities and people as the team gathers health data in remote locations, allowing a slow-burn attraction to form between the two young men. Along the way, Desta experiences bars, swanky hotels, live music, and the beauty of the country, but also some of its social issues, including its homophobia. Not only is it an opportunity for Desta to reflect on his life, but also to reflect on the issues facing the United States and where he fits in. However, his ruminations are sidelined when he discovers his attraction to Elias is mutual, and that Elias is just as emotionally earnest and passionate in private as he is methodical and self-possessed in public.

The author excels in showing Desta's confusion over his life priorities and his neediness, and also the emotional and sexual intensity between him and Elias. Everything in the book feels not just plausible, but authentic. I think you'll find this a highly rewarding and satisfying read.
Read more
Report abuse

MJ
5.0 out of 5 stars Real characters making interesting choices
Reviewed in the United States on 21 July 2020
Verified Purchase
I always find Herrera's writing deeply, satisfyingly real, grounded in cultural detail and realistic characterizations, and grappling with emotional situations that never feel contrived. Her characters don't engage in endless angst over unnecessary miscommunications or arbitrary rules they've set for themselves or any of the other romance tropes. Their conflicts and challenges arise organically from the people they are and the experiences they've had - like, you know, real people who exist outside the pages of romance.

This book is fantastic, and as usual with Herrera, not like other books you've read. It's an ode to Ethiopia, a country Herrera knows and loves. The two main characters are each facing major life choices; for Elias, the Ethiopian native, coming out plays a big - but not the only - role in his decisions, as homosexuality is illegal in Ethiopia. Desta's career as an international aid worker is treated with painfully accurate detail, and his own conflict over what he wants is compelling.

Amazon Customer
5.0 out of 5 stars Finding Joy absolutely lives up to its name!
Reviewed in the United States on 6 July 2020
Verified Purchase
Finding Joy absolutely lives up to its name! This book will catch your heart from the very first page and won't let go. Not only is it a story of finding love and finding yourself, but it stands as a love letter to the land and shows the beauty, brilliance, and heart that Ethiopia has to offer. All of Herrera's books play on themes of identity and this one is no different. Our heroes each must learn how to be true to each themselves before they can be true to each other, and that is a universal truth that readers from all backgrounds and orientations can understand.

Herrera is an expert storyteller who weaves her own experiences into every book she writes. This book is nothing short of joyful and will give you the escape you need without shying away from true struggle. She always, always leaves us with hope. And, in the case of finding joy, longing for a really good cup of Ethiopian coffee.

I can't say enough good things about this book or its author.
Read more
Report abuse
See all reviews
Back to top
Get to Know Us
Make Money with Us
Let Us Help You
And don't forget:
© 1996-2021, Amazon.com, Inc. or its affiliates