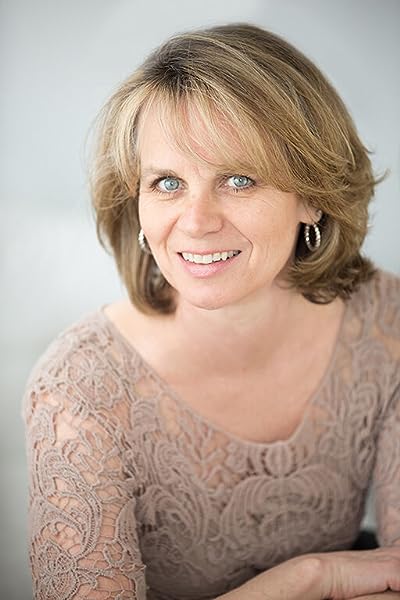 by Alison Ragsdale (Author)
4.2 out of 5 stars 136 ratings
See all formats and editions
Sorry, there was a problem loading this page. Try again.

After a devastating loss, and a move across the world, a young mother rediscovers the healing power of family.

Heather Forester is losing her grip on reality. She turns up at the airport to meet her pilot husband, Brett―and then she remembers: he’s not coming back. Brett died months ago, leaving her lost in the crippling, confusing maze of widowhood.

Now alone with her seven-year-old twins, Heather craves the support of her mother and brother, who are halfway across the world in Scotland. But when she moves her fractured family to her homeland, their lives change in ways she never could have anticipated.

As her children struggle to fit in to their new home, family, and school, Heather also wrestles with the painful truth that she has become a stranger in her own hometown.

Surrounded by the rugged, breathtaking beauty of the Isle of Skye’s rocky coastline, velvet moors, and lush forests, Heather must face challenges old and new as she puts her life back together and learns the healing power of family.

Originally from Edinburgh, after spending two decades as a professional nomad, Alison now lives near Washington DC with her beloved husband and dog. She was educated in England and holds an MBA from Leicester University.

Start reading Finding Heather on your Kindle in under a minute.

A former marketing executive, originally from Edinburgh, Alison now lives near Washington D.C. with her husband and dogs. She was educated in England and holds an MBA from Leicester University.

A LIFE UNEXPECTED, won a 2018 IPPY Bronze Medal in the Popular Fiction category and is also Amazon best seller.

THE ART OF REMEMBERING, released on July 16th, 2019 debuted as an Amazon best seller in the British Literature, British Contemporary literature and Contemporary Women's Fiction. It went on to become #1 Kindle Best seller in British contemporary literature in both Canada and Australia. It was also a BookBub Best Book Club Book Pick selection in July, 2019. It was honored as a finalist in the 2019 American Fiction Awards, was short listed for the CIBA Somerset Award, and was a finalist in both the 2020 Eric Hoffer Award and the 2020 International Book Awards.

THE LIAR AND OTHER STORIES, Alison's first short story collection was released on May 12th, 2020.

DIGNITY AND GRACE was released on July, 27th, 2020 and debuted as a Kindle bestseller in British and Irish Literature and was a Kindle #1 Best Seller in Canada and Australia.

"…descriptions …. as sumptuous and lyrical as a travelogue’" - Kirkus Reviews

"…flowing dialogue… at once complex and believable" - Kirkus Reviews

4.2 out of 5 stars
4.2 out of 5
136 global ratings
How are ratings calculated?
To calculate the overall star rating and percentage breakdown by star, we don’t use a simple average. Instead, our system considers things like how recent a review is and if the reviewer bought the item on Amazon. It also analyses reviews to verify trustworthiness.

Gail Carrie Lander
5.0 out of 5 stars definitely worth a read
Reviewed in Australia on 26 January 2021
I have used my Australia Day holiday to read this book and I have to say I thoroughly enjoyed it from start to finish. It is the second book from this author and I have no hesitation in reading anything that she produces. The story was thoroughly believable with interesting characters that relate to everyday situations. Sad at some times elation at others, hope for the future and understanding of the past. Good one....if I still kept hard copies of a book this would be one that I would keep on my shelf.
Read more
Helpful
Report abuse
See all reviews

Claire
5.0 out of 5 stars Life, Grief and the Isle of Skye
Reviewed in the United Kingdom on 10 January 2016
Verified Purchase
I love Alison's writing - it's got an lovely flow and her stories and characters draw you in. Once you start reading her books you just have to keep going! This is the tale of a young widow, who, with her 2 children, move from Virginia, USA back to be near her family on the Isle of Skye. Can going back home to her roots help her find the grounding she and her children need to settle their world which has been turned upside down. Life can knock you for six in the blink of an eye, and Alison captures the raw emotion that people experience during grief and then the angst of having to make momentous decisions that will affect all the family. A really good read. I am looking forward to her next book.
Read more
Report abuse

Lynny
5.0 out of 5 stars Excellent - very highly recommended.
Reviewed in the United Kingdom on 3 January 2016
Verified Purchase
Loved this book. So beautifully written; totally absorbing - really felt I was part of the journey. Usual twists and turns; smiles and tears; we can expect from this author - Can't wait for her fourth book to come out!
Read more
Report abuse

Colorado Cowgirl
5.0 out of 5 stars The healing power of family and love
Reviewed in the United States on 17 October 2016
Verified Purchase
I just finished reading "Finding Heather" and I already miss it! Although the book deals with the sad and difficult subject of sudden death of a spouse, the book is also uplifting. If you are married, you have to think about how you would deal with being a widow, especially if the death was sudden and unexpected and you had a good marriage. Heather is devastated and barely getting by with her 7-year old twins, when she decides to move them all to Scotland and the Isle of Skye where her mother (also a widow) and brother live. She decided that she can no longer live in the house she shared with he husband, since she is being drowned by the memories and bogged down by the grief. This book is all about the strength of families and the ability of love to heal all wounds. I felt like the portrayal of grief and healing was very well handled in the book and it ended up being a very uplifting experience to read Heather's story. Also, the rich description of life on the Isle of Skye reminded me a nice vacation we had there, where we even stayed in a B&B in Portree, where Heather finds her happiness again. I received the book as a Goodreads giveaway and truly recommend it.
Read more
26 people found this helpful
Report abuse
See all reviews
Back to top
Get to Know Us
Make Money with Us
Let Us Help You
And don't forget:
© 1996-2022, Amazon.com, Inc. or its affiliates