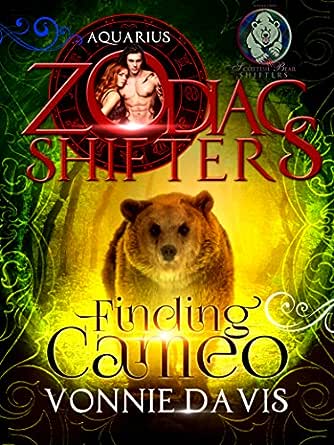 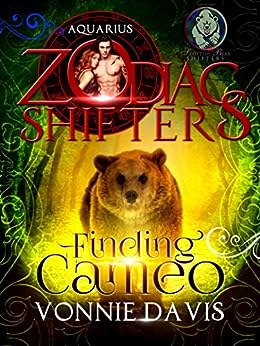 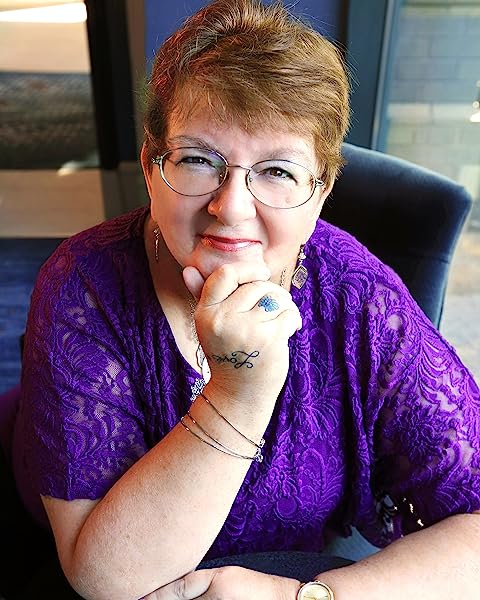 Bowie Matheson, an Aquarian bear-shifter and police detective, is the first to believe Gemini Cameo Stone’s retelling of a dramatic dream. Cameo, a new lawyer in town, possessing the gift or curse of having prophetic dreams. Bowie, a humanitarian, looks to protect his community.

As soon as Bowie’s bear sees Cameo, he chooses her for his human half’s mate. Bowie is not impressed. He wants a mate with a sharp mind. Someone as beautiful as her couldn’t have both. But with the magical help of pink-haired witch, Effie, the sparks fly between Cameo and Bowie.

The compatibility between their signs cause them to grow closer since they often think alike. They are analytical, intelligent, and love the process of learning. Their passion levels rival each other’s. Once these two get tangled with HSS, a gang that’s migrated from Glasgow, lives are in danger, fears reign, and the typically calm life of the area changes.

When Cameo is abducted by the murderous gang, will Bowie’s intellectual connection with the woman he loves help him find Cameo?
click to open popover

Sultonna
5.0 out of 5 stars Romance with a Side of Humor
30 March 2018 - Published on Amazon.com
Verified Purchase
Do you like your romance with a side of humor and hunky shifters? Then you must read Vonnie Davis' Finding Cameo. Bowie Matheson's life is about to change drastically when a gorgeous redhead walks in and says she's had a prophetic dream involving him. Join the fun as these two try to decide if they want to make love or war.
Read more
One person found this helpful

Kindle Customer
5.0 out of 5 stars Cameo & Bowie
7 June 2019 - Published on Amazon.com
Verified Purchase
Thoroughly enjoyed reading Cameo & Bowie's story very much. I love reading a happy ever after story it makes my day. My husband was Aquarius and I am a Gemini. Thank you for writing this story.
Read more

Michele
5.0 out of 5 stars 5stars
18 March 2018 - Published on Amazon.com
Verified Purchase
I love Vonnie Davis' shifters .
Bowie and Cameo make quite a team
I recommend this to all shifter lovers

Kim Britton
4.0 out of 5 stars Love bear shifting
28 July 2019 - Published on Amazon.com
Love Vonnies bear shifters. Glad to see Effie ( and her pink baffies ) and Paisley again. Love the strength of the female characters and the sparring between a bear and his mate.
Read more
Go to Amazon.com to see all 4 reviews 4.7 out of 5 stars
Get FREE delivery with Amazon Prime
Prime members enjoy FREE Delivery and exclusive access to movies, TV shows, music, Kindle e-books, Twitch Prime, and more.
> Get Started
Back to top
Get to Know Us
Make Money with Us
Let Us Help You
And don't forget:
© 1996-2020, Amazon.com, Inc. or its affiliates