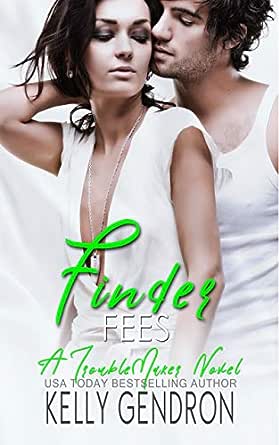 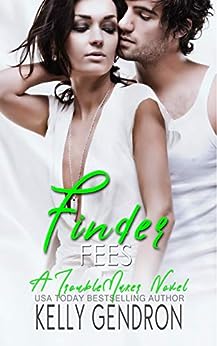 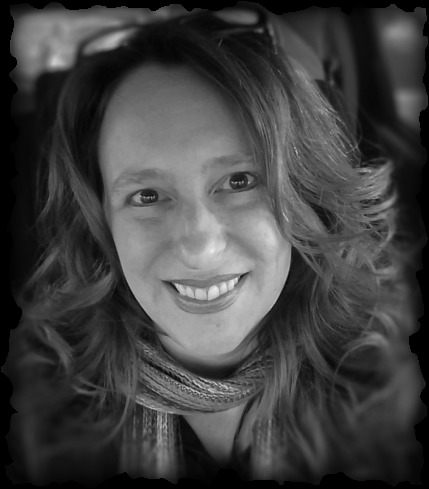 Veronica
TOP 500 REVIEWER
4.0 out of 5 stars Best book in the series so far
Reviewed in Australia on 15 October 2014
I received a free copy of this book to read and review for Wicked Reads.

Hot, sexy, a little danger and a lot of banter back and forth between JT and Sloan makes Finder Fees a really fun read. I thought JT's job, helping people find items they have lots, was great and I think you could easily make an interesting series out of it on its own. I liked Sloan. She is tough, brave and did what she had to do.

I like the way Kelly Gendron writes easy to read, fun interesting characters with the perfect mix of story and steamy.

This has been my favourite book of the series so far. And the end we get a sneak peek of Fallon's story which is the next in the series and it has me crying my eyes out. I can't wait.

Meghna
3.0 out of 5 stars It had a strong start and the prologue was great and I loved the vibe it gave for the ...
Reviewed in the United States on 23 December 2014
Verified Purchase
Hmm ok so, I read a lot of glowing reviews about this book on Goodreads and it just didn’t turn out to be all that I expected and hoped it would be.

It had a strong start and the prologue was great and I loved the vibe it gave for the story. But, as I progressed, I thought that the book lost its touch. Then, nearly in the end it was somewhat nice again but then again that doesn’t make up for everything in between.

The book didn’t make me feel. The whole time I was reading it, I was nuetral the whole time. No laughs, no smiles, no tears, no emotions. And I didn’t feel anything for the charcters. That’s not the sign of a really good book now, is it?

Though it wasn’t all bad. Where it lacked in making me feel, it made up with the story line. It was really nice, with a alpha male and a fiesty heroin. Both having dark pasts of their own. First we discovered Sloan’s past the J.T.’s past (or at least a part of it.) and last but not the least THE BRACELET! What’s the bracelet you ask? It’s an important part of Jevon’s part and is there throughout the book. That’s all I can tell you about it, the rest you will have to read and find out.

Bottom line: I can’t say that this was the best book ever made but, it wasn’t the worst of them. And well, it’s not worth re-reading but, I can’t say that I regret reading it once.
Read more
Report abuse

micharch
4.0 out of 5 stars I really liked it.
Reviewed in the United States on 8 November 2014
Verified Purchase
J.T. and Sloan definitely get off on the wrong foot. Sloan pretends to be her twin sister Max when J.T. finds her and tells her he is taking her back to her boss and boyfriend Jack. Sloan goes along with the deceit to see what is going on with Max and why she is missing. Sloan and J.T. find themselves drawn to each other, but each has baggage a mile wide and fight the attraction. When J.T. finds out that Sloan is not Max, he goes after her with the intent of making her his. Sloan's ex is after her and Max and J.T. try to protect her from him. When it all comes to a head, Sloan finds out what his finder fee really was and she is devastated by it. J.T. tries to explain, but Sloan wants not part of the explanation. After some soul searching, Sloan has to decide if J.T. is worth the risk to her heart and let him explain why he did what he did. I will not say how the book ends, but it was well done and a very good read. The plot kept me intrigued to see what would happen next and I enjoyed it.
Read more
Report abuse

Kindle Customer
5.0 out of 5 stars Really, really liked "Finder Fees"
Reviewed in the United States on 10 November 2014
Verified Purchase
wow. talk about unexpected! The book drew me in quick and didn't let go. The dialogue between the H/h is perfect. J.T. and Sloan are awesome. I don't want to give anything away but JT is just...amazing. The perfect Alpha guy: tough, protective, possessive but a sweetheart. Sloan is just Sloan: sassy, tough, funny, quick-witted, cute. I couldn't imagine her any other way. This was a great find for me. I don't remember how I stumbled upon it, but you can bet I'll be reading more from this author.
Read more
One person found this helpful
Report abuse

Colleen
5.0 out of 5 stars What a ride!
Reviewed in the United States on 24 November 2014
Verified Purchase
This is the first book I read by this author and I just loved it.
I thought the characters were. Great together. Both alpha male and strong women.
Sloan and J> were funny romantic and at times sad. The flow of the book went very easy.
I thought the man who hired JT was a man that did hits f
or the mob.
I like the way Sloan tricked JT,' It was so funny in some parts I laughed out loud a lot.
I was in tears at the end to find out JT wasn't the man who Sloan thought he was.
It ended not what I thought it would
I highly recommend this book.
Read more
Report abuse

Danielle A
3.0 out of 5 stars I liked this book
Reviewed in the United States on 16 November 2016
Verified Purchase
It was a good read for me. I really liked the suspense aspects of the story. I started with the books out of order but they seem like standalones. Look forward to reading the rest.
Read more
Report abuse
See all reviews
Get FREE delivery with Amazon Prime
Prime members enjoy FREE Delivery and exclusive access to movies, TV shows, music, Kindle e-books, Twitch Prime, and more.
> Get Started
Back to top
Get to Know Us
Make Money with Us
Let Us Help You
And don't forget:
© 1996-2020, Amazon.com, Inc. or its affiliates