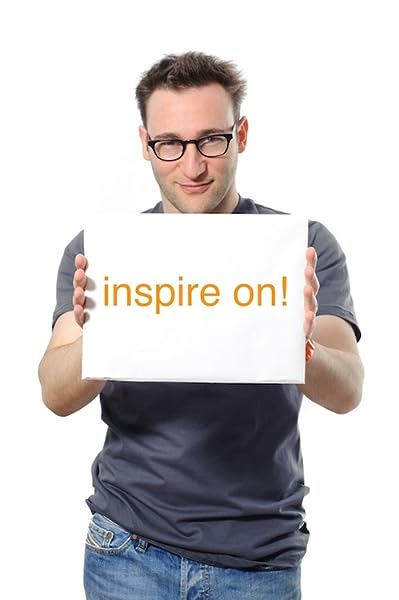 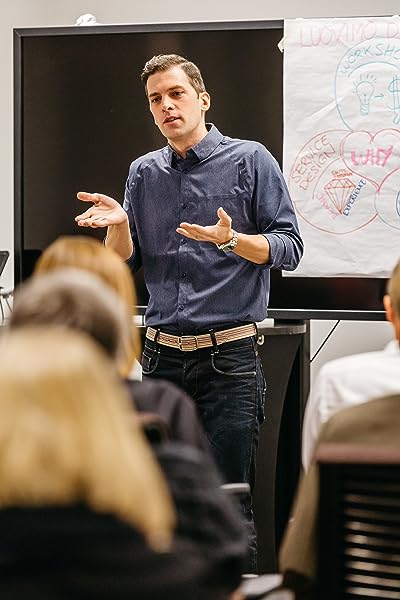 Find Your Why: A Practical Guide for Discovering Purpose for You and Your Team Paperback – 18 September 2017

by Simon Sinek (Author), David Mead (Author), Peter Docker (Author) & 0 more
4.6 out of 5 stars 2,547 ratings
See all formats and editions
Sorry, there was a problem loading this page. Try again.

Find Your Why is the follow up to Start with Why, the global bestseller and the subject of the third most watched TED Talk of all time.

With Start With Why, Simon Sinek inspired a movement to build a world in which the vast majority of us can feel safe while we are at work and fulfilled when we go home at night. Now, along with two of his colleagues, Peter Docker and David Mead, Sinek has created a guide to the most important step any business can take- finding your why.

This easy-to-follow guide starts with the search for your personal why, and then expands to helping your colleagues find your organization's why. With detailed instructions on every stage in the process, the book also answer common concerns, such as- What if my why sounds like my competitor's? Can you have more than one why? And, if my work doesn't match my why, what do I do?

Whether you're entry level or a CEO, whether your team is run by the founder or a recent hire, these simple steps will lead you on a path to a more fulfilling life and long-term success for you and your colleagues.
Read more
Previous page
Next page

Simon Sinek is the bestselling author of Start with Why, Leaders Eat Last and Together is Better which have helped organizations around the world inspire their people to reach new heights. He has presented his ideas to Fortune 100 companies and small start-ups; to non-profit organizations and members of Congress; to foreign ambassadors and the highest levels of the US military, among many others. His TED talk based on Start with Why is the third most popular video of all time on TED.com, with more than 35 million views.
Start reading Find Your Why on your Kindle in under a minute.

4.6 out of 5 stars
4.6 out of 5
2,547 global ratings
How are ratings calculated?
To calculate the overall star rating and percentage breakdown by star, we don’t use a simple average. Instead, our system considers things like how recent a review is and if the reviewer bought the item on Amazon. It also analyses reviews to verify trustworthiness.

Matthew Bulat
5.0 out of 5 stars Know your Why, How and What for individuals or organisations.
Reviewed in Australia on 3 February 2020
Verified Purchase
Leading with WHY has a deeper, more emotional and ultimately more influential value.
Use stories and themes to create a Why statement: To (contribution) So That (impact)
For large organisation Why statements can be nested down to individuals.
Having a valid why and that is shown and practised creates competitive advantage.

Kevin E.
1.0 out of 5 stars Definitely not my first choice for finding my raison d'être
Reviewed in Australia on 6 March 2020
Verified Purchase
It might be good for a large organisations but I could find little of practical value. It seems to be a summary of one of their workshops and looses a lot in the translation to the printed page.
If you are looking for this type of advice it may pay lo look elsewhere.

ggeun
1.0 out of 5 stars Disappointed
Reviewed in Australia on 4 July 2021
Verified Purchase
Disappointed. I really don't need this kind of common sense advice with cute Illust. I will return it.
Read more

1.0 out of 5 stars Disappointed
By ggeun on 4 July 2021
Disappointed. I really don't need this kind of common sense advice with cute Illust. I will return it.
Images in this review

mrs s garrett
5.0 out of 5 stars such a great book
Reviewed in Australia on 30 March 2020
Verified Purchase
love it
Read more
One person found this helpful
Helpful
Report abuse

Terri
5.0 out of 5 stars A fantastic, well-thought-out read!
Reviewed in the United Kingdom on 13 January 2018
Verified Purchase
If like me, you would like to know what your ...

What a timely read for me! I don’t remember the last time I wrote a review for a book or even felt prompted to write one. This book is simply ‘unputdownable’ and a must read for anyone wanting to know what moves them. Sinek, offers startling clarity on ‘Your Why’ - a theme that has also been described by other writers as Purpose. To date, my Why has been almost within reach for me but I have not until now been able to grasp it, and more importantly know how to take action. It is never too late for any of us to find this out. If like me, you would like to know what your Contribution and Impact are, and pursue this knowing that fulfilment will always be yours, then get this book. Prepare to not just learn something useful, but also how to actually make it work for you.

Calvert
1.0 out of 5 stars Disappointing
Reviewed in the United Kingdom on 8 November 2020
Verified Purchase
Maybe my fault, but unclear from description that I would need a willing volunteer to sit down with me and do all the exercises as none of them are designed to be for you to do on your own. Not knowing anyone who would to want to spend hours discussing my purpose in life made this book effectively useless. Very disappointing.
Read more
17 people found this helpful
Report abuse

Archie Wright
3.0 out of 5 stars Back to the kindergarten
Reviewed in the United Kingdom on 26 August 2020
Verified Purchase
What's been going on with training books while i wasn't looking? Twee labels (What's with the tribes? If I were a member of a bona fide tribe, I'd get pretty fed up with this appropriation), stick figures, folksy style, reassuring big print and coloured pages - all in a format three times as bulky and heavy as it needs to be.
Which is not to say I don't have time for Simon Sinek's basic insights; they are perceptive and useful. But watch a TED talk and save the trees.

John J. Williams
1.0 out of 5 stars Not a patch on Start With Why
Reviewed in the United Kingdom on 1 May 2021
Verified Purchase
The quality and layout design of this book are good, but the content is not. The information is repetitive and information and examples seem to be snatched from 40-year-old counselling books, hackneyed old fashioned and sound very scripted. Other bits are simply information gleaned from the Flesch-Readability score. Anyone who reads this book with a spec of knowledge will recognise much of it from their own general knowledge, nothing new in the authors thinking. I expected more after the book Start With Why, this companion workbook does not live up to it I'm afraid and the ideas are disappointing to what I expected them to be after reading Start With Why (which is one of my top books - though that book was waffly and repetitive towards the end like Simon had run out of ideas and was just filling up a books worth, it should have been half the size)
Read more
One person found this helpful
Report abuse

Georgina
5.0 out of 5 stars Empowering read
Reviewed in the United Kingdom on 11 July 2018
Verified Purchase
I've being reading this book over the last few months! Not because it's long and heavy going, but simply because I'm a busy mum. It's written so well, that I can put it down and pick it back up without having to recap over the last few pages. I find this an added bonus and one that makes reading a pleasure.
There are many explanations and examples which make it easy to follow and understand. I've found the book motivational, inspiring and a positive read. Simon Sinek has such a way of building your confidence, but in an honest, straight talking way that empowers you.
Thank you Simon Sinek for sharing your knowledge and experiences that have motivated us to find our why!