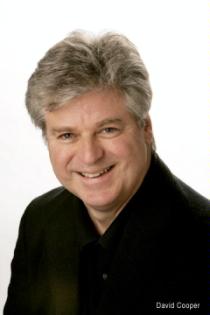 by Linwood Barclay (Author)
4.4 out of 5 stars 1,198 ratings
See all formats and editions
Sorry, there was a problem loading this page. Try again.

Page 1 of 1 Start overPage 1 of 1
Previous page
Next page
Start reading Find You First on your Kindle in under a minute.

4.4 out of 5 stars
4.4 out of 5
1,198 global ratings
How are ratings calculated?
To calculate the overall star rating and percentage breakdown by star, we don’t use a simple average. Instead, our system considers things like how recent a review is and if the reviewer bought the item on Amazon. It also analyses reviews to verify trustworthiness.

J. Sechi
5.0 out of 5 stars A must read
Reviewed in Australia on 18 February 2021
Verified Purchase
Love this author. A Fasr paced and Interesting story line that hooked me in right from the start and likeable characters
Read more
Helpful
Report abuse

I was so happy to finally get this book from the library. And after finishing it I am happy to report that I think this is one of Barclay’s best ones yet! It was a crazy ride of a mad cap adventure with some laugh out loud moments and I think it is best enjoyed if you don’t take it too seriously or expect too much plausibility.

Miles Cookson is the extremely wealthy owner of an app development company. At 42 years of age he doesn’t worry too much about his future. But a visit to the doctor to query some odd coordination issues leads to a diagnosis of Huntington’s disease. It is incurable and patients invariably die after a slow decline. Cookson was gobsmacked, devastated and morose. After a period of indulging in a few vices he remembers the doctor’s words when he said “at least you don’t have children” because of course there is a high chance of passing it on. And he remembers when he was a young man in college desperate to make a bit of extra money so he made a sperm donation for payment. He wonders how many children he has out there and decides to do some good. He plans to track them down and divide up his fortune to his offspring, along with a few other specific bequests. Of course that sort of information is tightly held but Cookson knows that his money will buy him the info.

Meanwhile we meet some of the nine children who are all around 20 give or take a few years and we learn that some of them are being killed. Cookson hooks up with Chloe first as she is the closest. She had already learned she had a half brother through a DNA testing site, Todd Cox, and the two of them had already met. Chloe took ‘dad’ to meet Todd but there was no Todd. In fact his trailer home had been completely cleared out and almost forensically cleaned. WTF? Cookson has his staff tracking down the other offspring and he and Chloe notice the pattern.

Meanwhile the action continues among the offspring, the fertility clinic which is still in operation, the hit men who have been dispatched to kill the children, another wealthy and eccentric man called Jeremy Pritkin who has a taste for very young women, and the Miles Cookson cavalcade which includes a very large black woman as driver who doubles as bodyguard and of course the remaining children. Oh and Miles’s sister-in-law Caroline who will do almost anything to get her hands on the inheritance. She is livid that Miles is not leaving the bulk of his fortune to his brother Gilbert and, by extension, herself!

It really was a crazy ride and I loved every minute of it. The dialogue was sparkling and very funny. Miles is a funny guy - brilliant and blunt! Chloe is wise beyond her years and also very funny. She is very aware of the limitations of her poor upbringing but is still as smart as a whip. What she isn’t is gullible, her feet are very firmly planted on the ground. There were a lot of characters in this story so I made notes which helped keep everyone straight. All in all it was a fantastic read, not too heavy, nothing gratuitous but still heaps of drama, action and excitement and lots of fun. Highly recommended.
Read more
One person found this helpful
Helpful
Report abuse

Single multi millionaire Miles Cookson discovers that he has a terminal illness that can be passed down through generations. Although he is not a father, over 20 years ago when he was struggling for cash he donated sperm. Now he wants to find and children that were born from that decision.As well as warning them about his illness he wants to share his wealth with them. But somebody else is looking for them, and wiping away all evidence of their existence.

Thriller readers you need to get your hands on this one.
Read more
Helpful
Report abuse

Gill Brown
5.0 out of 5 stars Brilliant.
Reviewed in Australia on 18 May 2021
Verified Purchase
Another brilliant book from my favourite male author. Couldn’t put it down.
Read more
Helpful
Report abuse
See all reviews

Jonglier
2.0 out of 5 stars Thrilling? Not exactly.
Reviewed in the United Kingdom on 25 February 2021
Verified Purchase
Somewhere, in the toolbox of the top-class thriller writer, there's a make-a-good-character kit. This useful tool creates characters who live, breathe, carry the narrative AND have an existence apparently independent of their creator's intricate plot.

As far as plot is concerned, Linwood Barclay has the kit and took the classes: he learned about Advanced Cliff-Hangers, Plausible Coincidences and Amusing Payoffs.

Alas, he missed Character; in fact, he appears to have goofed off during Character 101.

But wait! He's an international best-seller! He gets a front cover endorsement from Stephen King!

Now King knows all about The Double: the writer who can plot AND create believable, rounded characters to work their way around same. There are relatively few of these, so few that the best of them are acknowledged literary masters: Somerset Maugham, Graham Greene... great writers who have millions of fans.

Stephen King can lay claim to being one of their few inheritors: the popular writer with a touch of depth and class.

Linwood Barclay belongs strictly to the David Baldacci school: plots are fair-to-medium, at times clever (not in this case, though) and the characters... well, the characters don't exist. They are ciphers, puppets working their way around a story already planned, with moderate skill, by their creator.

Why is this important? To millions of readers, it probably isn't. They want to enter the fairground and have a go on the machinery and that, of course, is fine. But it's a lot more fun to ride the roller-coaster of a great thriller in the company of OTHER HUMAN BEINGS. For this, try Maugham, Greene, Scott Fitzgerald and handful of contemporary writers like King plus, alas, very few others. So few, in fact, that we're forever waiting for another one to come along.

Could it be you? Look at Barclay: his plotting (here at least) vin ordinaire, his characters insipid — yet he actually has a book deal and a following! Puzzled? Me too. But, on the bright side, I'm inspired and newly-motivated. I'll be sharpening my pencils, and my wits.
Read more
7 people found this helpful
Report abuse

Debbie
5.0 out of 5 stars Worth the wait.
Reviewed in the United Kingdom on 17 February 2021
Verified Purchase
Once again, it's a page turner with a twist! Linwood Barclay has never disappointed me yet with his books, he is a master in what he writes. I'd waited a long time for his new release, and sat and read it in one sitting. Fantastic. Thank you, I just have to wait another 12/18 months for the next one!!! 😀😀
Read more
6 people found this helpful
Report abuse

Kindle Customer
5.0 out of 5 stars Back to his best
Reviewed in the United Kingdom on 23 February 2021
Verified Purchase
I’ve been a fan of Lynwood Barclay for many years but felt that his recent books, although good, were not as good as earlier ones. However I still like him enough to pre-order them and I am so glad I did with this latest one. I loved this. Although the idea of surrogacy has been done many times this was a totally original take. I won’t go into the story and spoil anything but as expected there are twists and turns along the way and an exciting ending. Yes sometimes you have to suspend belief and stretch the imagination but when it’s as good as this I don’t think that matters. It wrapped up at the end in a satisfying manner. Welcome back to the top Lynwood!!
Read more
3 people found this helpful
Report abuse

book lover
2.0 out of 5 stars Lost the plot?
Reviewed in the United Kingdom on 19 February 2021
Verified Purchase
Really disliked this book. Not a patch on his earlier publications which I thought were great. I didn't much like the subject matter and totally failed to engage with any of the characters. Hope he improves in the next book!!
Read more
6 people found this helpful
Report abuse

Ambrose
2.0 out of 5 stars I really wanted to love it, but...
Reviewed in the United Kingdom on 24 March 2021
Verified Purchase
I was really looking forward to this book, but found it disappointing. I follow Linwood Barclay on social media and a while back he said that his new book wasn't quite finished and needed some more work. Well in my opinion it still does. The characters seemed a bit two dimensional and the plot a bit woolly. The end 'action' sequence was quite frankly unbelievable and a bit silly, but maybe this was deliberate. There was also too much use of the 'F' word for my liking (effin this effin that) , so all in all not one of his better ones. Hopefully this is just a glitch as all his previous books have been excellent.
Read more
3 people found this helpful
Report abuse
See all reviews
Back to top
Get to Know Us
Make Money with Us
Let Us Help You
And don't forget:
© 1996-2021, Amazon.com, Inc. or its affiliates