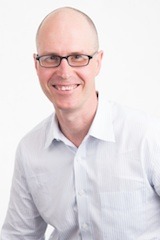 by Steve McKnight (Author)
3.5 out of 5 stars 38 ratings
See all formats and editions
Sorry, there was a problem loading this page. Try again.

What does financial freedom mean to you? Not having to work? Being able to afford life’s luxuries without worrying about the cost? Financial security? Perhaps supporting the needy or disadvantaged? Well, if you believe and follow the conventional approach to investing then forget it! It’s unlikely you’ll ever be financially free because the way most people approach investing results in seven out of ten retirees ending up needing the age pension – a mere 25% of average weekly earnings – to survive.

You need a different approach, and in this book expert property investor Steve McKnight reveals how to start from scratch in today's property market.

Steve McKnight (1972 - ) rocketed to success by building a property investment portfolio of 130 properties in just 3.5 years.

Steve began looking for a way to escape the daily grind and his much-hated job as an audit accountant, and eventually found a way through property investment.

It was while attending an investment seminar in May 1999 that McKnight realised the value of positive cashflow real estate. He began his portfolio immediately with a $44,000 3-bedroom house in Ballarat, Victoria.

Unlike the strategy used by most property investors in Australia, what was special about this particular property was that the property investment was profitable from day one. In other words, after all expenses, the rent provided a small surplus.

Together with business partner, David Bradley, the pair quickly uncovered a series of tricks only known to "industry insiders", which let them purchase more property in three and a half years than most people will ever own in a lifetime - and in doing so, they quickly surpassed their goal of mere financial freedom.

Steve's first book "From 0 to 130 Properties in 3.5 Years" was initially released in August 2003 (published by Wiley), and quickly went on to be a record-breaking best seller on Nielsen's BookScan Australia ratings. It has since been revised and updated, and continues to sell well as a classic for the Australian property investor.

His second and third books, "$1,000,000 in Property in One Year" and "From 0 to 260+ Properties in 7 Years" (published by Wiley) also topped Nielsen BookScan Australia's business best seller list.

Steve's latest book, "From 0 to Financial Freedom" is the first book designed to be released as an eBook (including on the Kindle platform).

3.5 out of 5 stars
3.5 out of 5
38 global ratings
How are ratings calculated?
To calculate the overall star rating and percentage breakdown by star, we don’t use a simple average. Instead, our system considers things like how recent a review is and if the reviewer bought the item on Amazon. It also analyses reviews to verify trustworthiness.

Jane
2.0 out of 5 stars Jane
Reviewed in Australia on 14 April 2019
Verified Purchase
A bit too general not too bad
Felt like it had more advertising information for author but the good thing it also gave options for other choices
Read more
Helpful
Report abuse
See all reviews

Neel
1.0 out of 5 stars disappointing!
Reviewed in the United Kingdom on 23 July 2014
Verified Purchase
Waste of money and didn't go into anywhere near the level of detail I had hoped for. His first book was good but this is a waste of time and money.
Read more
Report abuse

Dare Devil
2.0 out of 5 stars Very general, not enough substance
Reviewed in the United States on 26 February 2013
Verified Purchase
This book is very short and generalist in it's content. Steve does not give any specific advice rather feeds the reader with some high level details on how to plan financial future. Also, I don't think he is truthful in his statement that you can today do exactly what people have done during one of the greatest property bull markets in Australia that we had from 1999 to 2005.
Just consider that Steve is not investing his own money in Australia, but instead purchased the whole bunch of real estate in US.
Due to general nature of the advice and the length of the book I give it two stars overall. For most property investors I would recommend to avoid it - if you are a beginner there is not enough information and if you already own a few properties then you already know more than is said in this book.
The only sound advice that is given in this book and something that you can read here for free is to have a plan for your property. Know what your objectives are and how much money you will need to feel financially secure. Make sure that you plan is long term (5-10 years to reach objectives) and realistic.
Read more
3 people found this helpful
Report abuse

Chris Hargreaves
3.0 out of 5 stars OKAY - Not Great
Reviewed in the United States on 11 January 2014
Verified Purchase
I have read Steve's first book, and found this to be a mediocre second. I think that as a stand alone you really wouldn't get a lot from this, but as I have read the first it was a welcome update and addition to the first.

Although it does contain some tips, I found this one less practical and inspiring than the first - and certainly it contained less content.

So, unfortunately less of a fantastic read for me this time round, but a nice update given recent financial issues world-wide.
Read more
Report abuse

J.Robertson
5.0 out of 5 stars Thoroughly mind awakening.
Reviewed in the United States on 13 October 2013
Verified Purchase
No massive over the top anecdotes, more about basic overviews, strategies and lessons learned from investing. Getting wealth isn't a overnight thing, it's about learning to ask the right questions, knowing where & how to educate oneself and then apply consistently the lessons you learn, never being content to rest on what you know, but to keep growing and learning. After all Life is all about growing :) good luck investing all!!
Read more
One person found this helpful
Report abuse

Greg
5.0 out of 5 stars Brilliant, Clear and Precise
Reviewed in the United States on 13 December 2012
Verified Purchase
This is a book by someone who has a proven track record with property, both in Australia and the US (and NZ).
The author distils all this experience with well over 260 property purchases and brings it down to its essence. He answers the questions that others pose. He covers motivation and means. He addresses why people fail and how to avoid that.
This is very easy to read and very easy to do.
Thanks Steve for a brilliant book.
Read more
4 people found this helpful
Report abuse
See all reviews
Back to top
Get to Know Us
Make Money with Us
Let Us Help You
And don't forget:
© 1996-2022, Amazon.com, Inc. or its affiliates