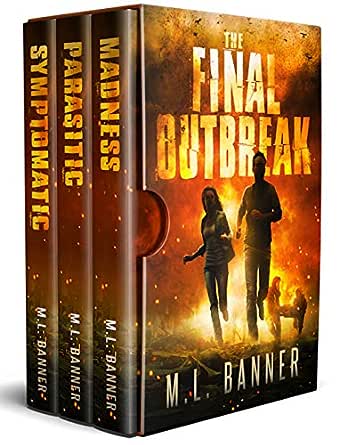 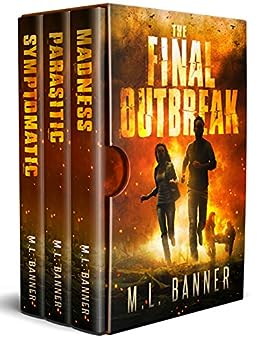 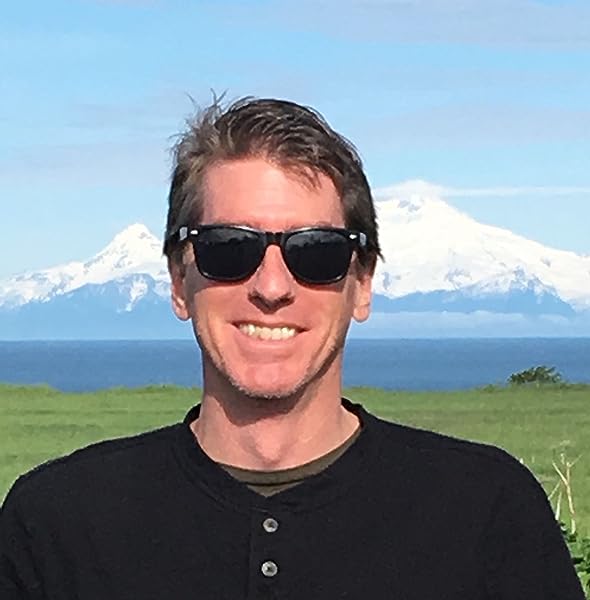 "This tense and vivid novel excels at creating an atmosphere of claustrophobic dread." BookLife

"fresh, unique, and exhilarating... but must warn readers that once they've picked the book up, they'll be hard pressed to set it back down. I loved it. Really, really well done!" Readers Favorite

"This book is for those who enjoy an apocalyptic story with aspects of horror woven in. Immediately, we feel like we are placed in a story from the masterful Hitchcock; "The Birds." It has all the parts of a good tale while also sprinkling in pieces of humor along the way." Quella's Reviews

Six of his ten books were #1 Amazon best-sellers in one or more genres. He's won two Readers Favorite Gold Medals: for MADNESS in 2018 in Horror & for Highway in 2016 in Thrillers. His work is both traditionally published and self-published. Often his thrillers are set in far-flung places, as Michael uses his experiences from visiting dozens of countries-some multiple times-over the years. His last two transatlantic cruises were the foreground of the MADNESS Chronicles. A serial entrepreneur, having formed multiple businesses over the years, he founded and still runs SmallBiZ.com, which helps small businesses create and maintain entities, forming almost 100,000 entities over 20 years of existence. When not running a business or writing his next book, you might find Michael hunting, traveling abroad, or reading a Kindle with his toes in the water (name of his publishing company) in the Sea of Cortez (Mexico). That's because he and his wife split time between the deserts of Arizona and the beaches of Mexico. --This text refers to the paperback edition.

4.2 out of 5 stars
4.2 out of 5
119 global ratings
How are ratings calculated?
To calculate the overall star rating and percentage breakdown by star, we don’t use a simple average. Instead, our system considers things like how recent a review is and if the reviewer bought the item on Amazon. It also analyses reviews to verify trustworthiness.

CloudyEmerald
5.0 out of 5 stars Well researched and written
Reviewed in Australia on 25 April 2019
Verified Purchase
Great characters to follow through a very well written plot.
Horrible circumstances interspersed with some clever humour at times.
I think Horror not thriller would be a better description.
Looking forward to reading more from this talented author.
Read more
Helpful
Report abuse

aromaluver
5.0 out of 5 stars Enjoyable reading
Reviewed in Australia on 7 May 2019
Verified Purchase
I loved how the story follows through from beginning to end with lots of action and thought provoking insights. Value for money.
Read more
Helpful
Report abuse
See all reviews

IMMANUEL
5.0 out of 5 stars Great read
Reviewed in the United Kingdom on 1 November 2019
Verified Purchase
Edge of your seat all the way through to the end with an unexpected ending and the plot thickens at the end how did the rest of the world cope with this outbreak we're sanctuaries set up like that on the island what happened to the kittens so many questions for the next book loved it all the way through, I couldn't put it down
Read more
Report abuse

Ian Stuart Ferguson
4.0 out of 5 stars Not your run of the mill Zombie Apocalypse
Reviewed in the United Kingdom on 23 June 2019
Verified Purchase
I have never been able to get into zombie fiction, finding just too ridiculous to be enjoyable, but the Madness trilogy steers clear of the gore and has a definite grounding in science to carry it off. The characters are believable and the reader is drawn into the plot making it a satisfying page-turner where you're eager to find out what can come next.
This will attract lovers of the zombie and general apocalyptic fiction alike. A follow up is a must.
Read more
One person found this helpful
Report abuse

katie did
5.0 out of 5 stars Will there be more in this series?
Reviewed in the United Kingdom on 14 October 2019
Verified Purchase
Loved this series, do write more, loved the characters and the settings, more please .
Read more
Report abuse

Kindle Customer
4.0 out of 5 stars Outbreak
Reviewed in Canada on 25 April 2019
Verified Purchase
So much blood and mayhem. I could not stop reading with so much happening and despite the tragedies hope springs eternal.
Read more
Report abuse

Jane C.
1.0 out of 5 stars Couldn't finish
Reviewed in the United States on 6 June 2019
Verified Purchase
I liked the premise - apocalyptic events occurring all over the world, with the story told from the perspective of characters on a cruise. But there was almost no info about what was happening in the world, because they had no internet or cell service. So this was closer to Speed 2 than The Stand. Really more of an action adventure story. The story unfolds slower than real time. At one point they are one hour away from an event and one hour later I was still reading mind-numbingly boring details about how people were moving through the ship. And I read very fast.

The author doesn’t have a good ear for dialogue, but that isn’t a fatal flaw in this genre. The main character is an author of end of the world books. Which would be a cute gimmick, except in the book the secondary characters act as though this is a real qualification. The crisis aligns with the plot of a book he wrote. Just by coincidence. Except there is no proof that what the main character wrote about is actually the precipitating cause of the crisis in the book. There are a few obvious attempts to be self-deprecating, but the self indulgence of the author/main character is really cringeworthy. He wife is an FBI agent who practically killed a colleague by being afraid of dogs. Why that was included, I have no idea. But by including it, but not really addressing her guilt (was there any?), makes them wife completely unlikeable.

It is apparent that the author doesn’t like fat people, which is fine, but then why set your book on a cruise? Cruises are for old, fat people. Don’t hold it against then when they go on one! Asians are referred to as Orientals. It isn’t done offensively, but it is odd.
Read more
31 people found this helpful
Report abuse
See all reviews
Back to top
Get to Know Us
Make Money with Us
Let Us Help You
And don't forget:
© 1996-2021, Amazon.com, Inc. or its affiliates