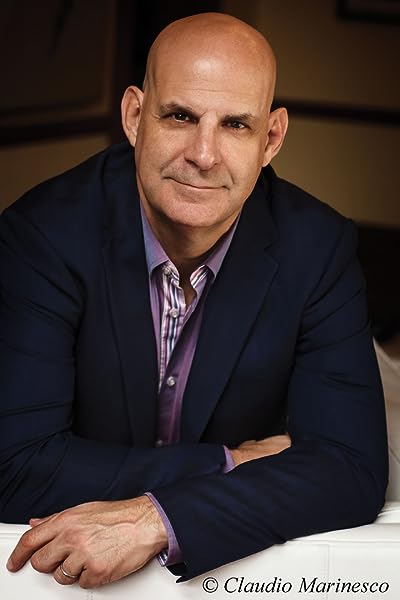 by Harlan Coben (Author)
4.5 out of 5 stars 1,562 ratings
See all formats and editions
Sorry, there was a problem loading this page. Try again.

Page 1 of 1 Start overPage 1 of 1
Previous page
Next page
Start reading The Final Detail (Myron Bolitar Book 6) on your Kindle in under a minute.

"Sly humor, sophisticated plotting, and solid storytelling."--Chicago Tribune "Harlan Coben is the modern master of the hook-and-twist."--Dan Brown "This is a terrific entry in a terrific series."--Kansas City Star "Hilarious . . . unpredictable . . . a startling climax."--Los Angeles Times

Harlan Coben is the winner of the Edgar, Shamus, and Anthony awards. His critically acclaimed novels have been published in forty-one languages around the world and have been number one bestsellers in more than half a dozen countries. In addition to the Myron Bolitar series (Deal Breaker, Drop Shot, Fade Away, Back Spin, One False Move, The Final Detail, Darkest Fear, Promise Me, Long Lost, andLive Wire), Coben is also the author of the young adult Mickey Bolitar series including Shelter and Seconds Away, and of Miracle Cure, Play Dead, Tell No One, Gone for Good, No Second Chance, Just One Look, The Innocent, The Woods, Hold Tight, Caught, and Stay Close.

4.5 out of 5 stars
4.5 out of 5
1,562 global ratings
How are ratings calculated?
To calculate the overall star rating and percentage breakdown by star, we don’t use a simple average. Instead, our system considers things like how recent a review is and if the reviewer bought the item on Amazon. It also analyses reviews to verify trustworthiness.

Belle
5.0 out of 5 stars LOVE IT
Reviewed in Australia on 22 August 2020
Verified Purchase
Totally loved this book. Love the characters, love the writing style, love every little thing about it except.....it’s the last in the series 😞
Read more
Helpful
Report abuse

Bookworm
5.0 out of 5 stars Five Stars
Reviewed in Australia on 5 June 2016
Verified Purchase
Absolutely love this series. Win is my favourite character. Do yourself a favour.
Read more
Helpful
Report abuse
See all reviews

Clem
5.0 out of 5 stars Brilliant!
Reviewed in the United Kingdom on 2 December 2020
Verified Purchase
One of the series of Myron Bolitar books. An engaging read, from start on finish. Make sure that you read the Bolitar books in series though, as this one, like all of them, picks-up from the previous title in the series.
Read more
One person found this helpful
Report abuse

Nick Brett
4.0 out of 5 stars Top notch page turner
Reviewed in the United Kingdom on 11 March 2004
Verified Purchase
Myron returns from a break to find his partner Esperanza has been arrested for the murder of one of their clients. No-one will tell Myron and Win what is going on and their investigations take them to some unexpected places and into areas no-one wants them to go.
If you like the author and/or the Bolitar stories then you will love this. It has all the elements of plot twists, wit and character inter-play that we have come to expect and it all hangs together very well. Interestingly Coben has, in places, introduced a couple of subtle changes to his narrative. There are some slightly darker aspects to this one and there are times where he puts humour directly into the narrative rather then into the things his characters say but it does work well.
It is all here, the wit, the banter, the twists and the way it all comes together neatly in the end.
Very enjoyable.
Read more
46 people found this helpful
Report abuse

Amazon Customer
4.0 out of 5 stars Typical Bolitar story
Reviewed in the United Kingdom on 18 January 2016
Verified Purchase
No offense meant at the heading because I like the Bolitar stories. Him and Win are the adult version of schoolboy capers, play it for fun and the banter between them is excellent. This story is good and has the usual twists and turns. OK the serious life threatening escapades he gets in to are at times a bit far fetched but it doesn't really detract from the case in issue. Crime writers sometimes get too involved in side issues such as voyeuristic sex scenes, past cases etc and it us a distraction from the storyline but Harlan Coben plays it straight and cuts out all the unnecessary side issues.
Read more
2 people found this helpful
Report abuse

M. T. B
5.0 out of 5 stars Good book
Reviewed in the United Kingdom on 20 December 2019
Verified Purchase
Currently reading this series of books, good author
Read more
Report abuse
See all reviews
Back to top
Get to Know Us
Make Money with Us
Let Us Help You
And don't forget:
© 1996-2021, Amazon.com, Inc. or its affiliates