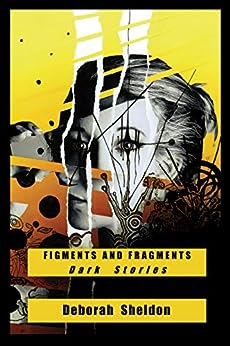 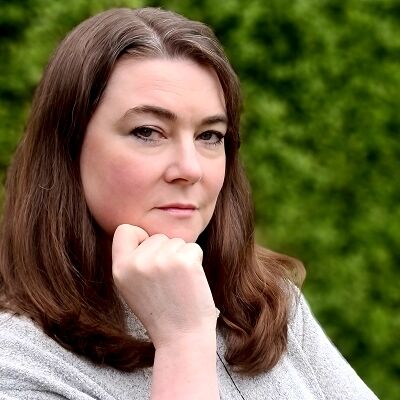 Deborah Sheldon is an award-winning author from Melbourne, Australia. She writes short stories, novellas, and novels across the darker spectrum. Her titles include the noir-horror novel Contrition, the bio-horror novella Thylacines, the dark fantasy and horror collection Perfect Little Stitches and Other Stories (Australian Shadows "Best Collected Work 2017"), the crime-noir novellas Dark Waters and Ronnie and Rita, and the creature-horror novel Devil Dragon. Her work has been shortlisted for numerous Aurealis Awards and Australian Shadows Awards, long-listed for a Bram Stoker, and included in "best of" anthologies. Other credits include TV scripts, feature articles, non-fiction books, and award- winning medical writing. Visit Deb at http: //deborahsheldon.wordpress.com --This text refers to the paperback edition.

Lynda Dickson - Books Direct
4.0 out of 5 stars Stories about the lengths some people will go to
Reviewed in Australia on 6 December 2019
This is a collection of thirty-six dark short (and extremely short) stories.
In “Basket Trap”, Helen uses the survival skills her father taught her as a child in order to survive an ordeal in the Brazilian wilderness.
In “Risk of Recurrence” Dr. Wainscott diagnoses a patient with cancer but doesn’t get the reaction he expects.
“Family Album” details the poignancy behind a family photograph.
In ”Farm Hands”, Carl hires two men to do some work for him and gets more than he bargained for.
In “Blue Light Taxi”, a drunk girl goes for a ride in a police car.
In “Lunch at the Trout Farm”, Jake’s parents take him to a trout farm for his birthday, but things aren’t as perfect as they appear on the surface.
In “Road Rage”, Chrissy recovers from a road rage incident at her brother’s house.
In “The Caldwell Case”, Detective Sergeant Higgins investigates a case that has him stumped.
In “Beach House” Rosemarie returns to the family beach house years after a tragic accident.
In “Man with the Suitcase”, it seems everyone wants what’s in that suitcase.
In, “Shootout at Cardenbridge”, Sergeant Maggie Drummond is involved in a shootout at a rural property. This one reads like a factual account, so much so that I googled the town to find out if it was real. It wasn’t.
In “Parrots and Pelicans”, Anna gets more than she bargained for when she agrees to mind her grandson.
In “The Sequined Shirt”, Joanne stays at a caravan park and runs into someone from her past.
In “Getting and Giving”, Maureen tells us what happened between her and her abusive boyfriend.
In “We Have What You Want”, Gordon deals with a difficult customer.
In “Baggage”, Aphrodite moves into a new unit and meets her neighbours.
In “Muscle Fatigue”, a mother shows her son how to weight train.
In “Waiting for the Huntsman”, Natalie is forced to spend a few days at her uncle’s farmhouse.
In “Cash Cow”, Sarah is placed in an uncomfortable position when her ex asks her to do something illegal for him.
In “One Grand Plan”, Daniel takes a moving job but finds himself in the middle of a shootout.
In “Free Lunch”, an uninvited couple attends a wake.
In “Paramour”, Janice meets a man in a bar.
In “White Powder”, Lorraine makes a terrible decision.
In “Rooftop”, Nina makes a phone call from the top of a building.
In “Lopping and Removal in Three Parts”, John sets up a tree lopping business.
In “Family Business”, Mimi and Damien get the job done.
In “Burnover”, Mandy worries for the safety of her husband, who is a firefighter.
In “Party Animals”, Reston has too much to drink.
In “Flashpoint”, Rebecca takes her parents hostage.
In “Fortune Teller”, a fortune teller reveals her secrets.
In “Hot Dog Van”, Adam makes a deal he might end up regretting.
In “Broken Things”, Craig moves back in with his father after a motorcycle accident.
In “Crazy Town is a Happy Place”, Dr. Vivienne Leach shows a young reporter around her dementia care facility.
In “Toby Mulligan”, Diane searches for the gravestone of her childhood dog.
In “Last Visit to Samuel P. Garfield”, Belinda struggles to get to the hospital before her father dies.
In “November 9th 1989”, Dr. Ian Webb bonds with his patient over shared memories.

The stories mostly detail the lengths some people will go to in order to survive. They depict violence, rape, and murder, but also longing and regret. Settings include a South American forest, the Australian countryside, the city, small towns, the beach, and even an airplane. It’s nice to read Australian writing that isn’t either historical or all set in the outback. The word “Fragments” in the title is certainly an apt description, as a lot of the pieces aren’t fully formed short stories, but more vignettes imparting a certain mood or feeling. Some stories don’t even conclude: “One Grand Plan” and “Paramour” are especially infuriating with their lack of an ending. There are some minor editing errors, mainly consisting of the use of a mixture of American and Australian English.

I received this book in return for an honest review.
Read more
Helpful
Report abuse
See all reviews
Back to top
Get to Know Us
Make Money with Us
Let Us Help You
And don't forget:
© 1996-2021, Amazon.com, Inc. or its affiliates