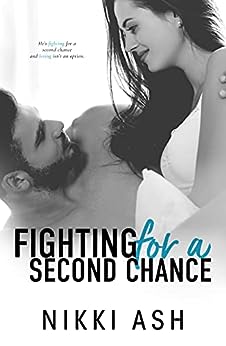 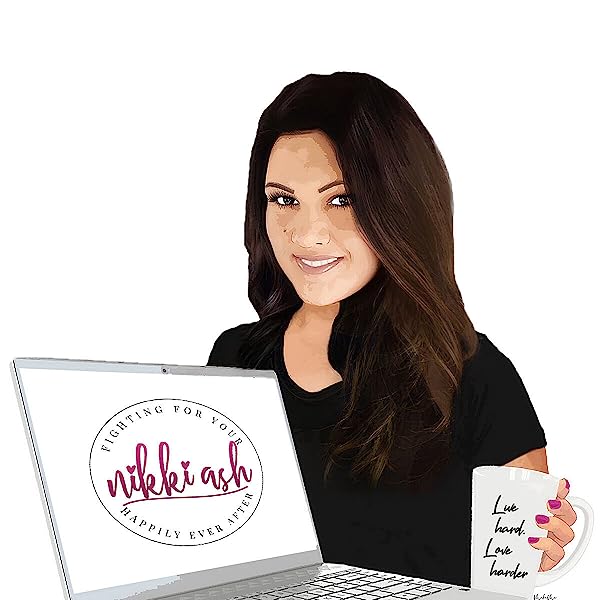 4.3 out of 5 stars
4.3 out of 5
224 global ratings
How are ratings calculated?
To calculate the overall star rating and percentage breakdown by star, we don’t use a simple average. Instead, our system considers things like how recent a review is and if the reviewer bought the item on Amazon. It also analyses reviews to verify trustworthiness.

Karen Sedg
TOP 1000 REVIEWER
4.0 out of 5 stars Fantastic Read!
Reviewed in Australia on 7 December 2019
Verified Purchase
Fighting For A Second Chance was a great second chance at love read! Loved Liz and Cooper's journey from the start to the end and all the bits in between and also the adorable Bella!
Read more
Helpful
Report abuse

C Williams
5.0 out of 5 stars Fighting for a second chance
Reviewed in Australia on 28 March 2018
Amazing book! Loved every second of it now I am off to find the rest of the series. This was the first book I have read by the author so what a way to start. If you haven’t read it and your into hot romances with HEA it’s the book for you!
Read more
Helpful
Report abuse

DT
5.0 out of 5 stars Great debut novel
Reviewed in Australia on 13 February 2018
Loved reading this book. Second Chance novels are my favourite genre and Fighting For a Second Chance didn’t disappoint.
Excited to read the rest of the series.

B..L..D..U..
TOP 1000 REVIEWER
3.0 out of 5 stars Enjoyed it.
Reviewed in Australia on 20 December 2018
I enjoyed it. I’m glad they it all worked out in the end. Bella stole the show. Look forward to reading her book. Thanks.
Read more
Helpful
Report abuse

Rosie
TOP 100 REVIEWER
5.0 out of 5 stars Second chance, secret baby romance - Cooper and Liz.
Reviewed in Australia on 23 June 2020
Verified Purchase
Nikki Ash has developed this Fighting Series, following the lives and loves of a group of men who pursue MMA and the women who love them.

MMA fighter, Cooper and his friends have a few days break in Miami, before returning to Las Vegas to train and fight.
When he meets a beautiful woman at the local nightclub, he thinks she is a college graduate. When it is obvious that their chemistry is off the charts, they agree to spend all of the time left together.
Underage to be in a nightclub, Liz never expected to be so affected by a man and she can't forget Cooper. Finding out that she is pregnant complicates things, because she has a college course to get through and she and Coop never exchanged numbers or full names.
Five years later and Liz has been living in Vegas for sometime, building a life for her and her daughter, when her friend invites her to a local MMA fight.
Seeing Cooper again and working out their feelings and their futures is what makes up most of this story. It is filled with incidents and misunderstandings, to add complexity and suspense.
Read more
Helpful
Report abuse
See all reviews

Katie montgomery
4.0 out of 5 stars Great little second chance romance
Reviewed in the United Kingdom on 4 January 2017
Verified Purchase
I was recommended this book from a friend and I snapped it up straight away when I herd it was a second chance romance. I was so glad I did, i had never herd of the author but I will be looking into more of her books as I couldn't put it down I had to finish it.

Here we have 2 characters Liz and Cooper They meet at a nightclub and only have 30 hours together before life gets in the way and they have to go their separate ways.

5 years later their feelings have never changed and regret of leaving each other and not even exchanging numbers have stuck. Fate steps in and brings them together however things have changed and they each have their own obstacles to overcome.

I really enjoyed reading this book. The character's were easy to love and connect with. The story flowed well and it has left me excited to learn what happens with the other characters in book 2. I Did end up stalking the author for details .....sorrynotsorry !!! I would definitely recommend this book to everyone so if you've not read it go give it a one click asap and enjoy.
Read more
Report abuse

Louise Rhodes
4.0 out of 5 stars Fighting For A Second Chance
Reviewed in the United Kingdom on 31 January 2017
Verified Purchase
Fighting For A Second Chance is the first book in the Fighting Series by Nikki Ash. I am going to be honest and say that I had never heard of this author before but i can also say that after reading this book, I'll never forget her either.

So this story sees Liz an 18-year-old college student and her best friend Kayla go away on vacation to Miami before school starts. One night whilst away they fake ID it into a club and meet a group of friends, the leader, so to speak, being the love interest, Cooper. After a couple of drinks, the mood is high and they decide to go back to Liz's hotel room. After 30 hours of lust and sex, they both walk away knowing its the wrong time.

However what they don't plan on is a little thing called fate, fast forward 5 years and it's not only memories that were made. Cooper is determined to win Liz's heart any way he can after leaving her 5 years ago but will he succeed?

Well you're just going to have to read the book. Ha!

I really enjoyed this book, it was a really sweet read. I liked Coopers character, he was hot and sensitive. You could tell he was willing to earn and work for Liz's forgiveness and trust. Just the kind of qualities I like to see in a book boyfriend. I wasn't much keen on Liz, i thought her to be a little bit sappy if I'm honest. She just seemed to go with the flow and i thought she could do with sticking up for herself a little more. That's not to say she was a complete pushover but i felt that she needed a little oomph and persistence.

They're chemistry is sweet but also hot. They, together have this kind of relationship that you know could last a lifetime. It's lovely to read.

The secondary characters were very well-played out so that you know that they will get their own story and I'm really looking forward to reading that.

I'd definitely recommend this book, giving it a 4 star rating and moving onto the second in the series.
Read more
Report abuse

Nikki Costello
5.0 out of 5 stars Great debut novel.
Reviewed in the United Kingdom on 1 December 2016
Verified Purchase
I received a complimentary copy of this book through Crazy Cajun Book Addicts for an honest review.

Nikki Ash's debut novel was such a great read and I thoroughly enjoyed it. It has a good strong story line and great characters that I really enjoyed getting to know. I'm a massive fan of mma fighter stories so this was right up my street.

Liz has just graduated high school and is spending the week in Miami with her best friend celebrating, on a night out she meets Cooper after spending the next 30 hrs with each other in a lust fulfilled state they have to part.

Five years later Liz's best friend Kayla drags her along to a MMA fight and who should be in the ring, but Cooper. To say they are shocked to see each other again is an understatement but neither one has ever forgotten the other. They reconnect but how will Cooper react when he discovers that Liz wasn't the only one he left behind that morning in Miami. Cooper maybe a professional fighter but he has the biggest fight of his life ahead of him now as he fights for a second chance to win back Liz's heart.
Read more
Report abuse

Anne Milne
4.0 out of 5 stars 4 Stars
Reviewed in the United Kingdom on 9 February 2017
Verified Purchase
novel by Nikki Ash.
I enjoyed the story and the characters were well developed we get their back story which I'm always happy about. I liked Liz and Cooper they were not perfect by any means and sometimes their decisions baffled me but it kept me engaged and wanting to find out more. A one night stand that could have turned into more but circumstances separate the young lovers, five years later the meet up again and the chemistry is still as strong. Can they make it work or has time and distance done too much damage?

LBrad
5.0 out of 5 stars Love a good second chance book
Reviewed in the United Kingdom on 27 May 2021
Verified Purchase
Loved this book, the characters were perfect, Bella was a proper little sweetheart and the story just kept tugging at my heart. The ups and downs with this couple really kept me on a rollercoaster. Can’t wait to read more stories from this group of characters.
Read more
Report abuse
See all reviews
Back to top
Get to Know Us
Make Money with Us
Let Us Help You
And don't forget:
© 1996-2021, Amazon.com, Inc. or its affiliates