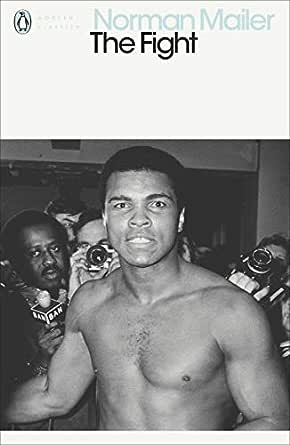 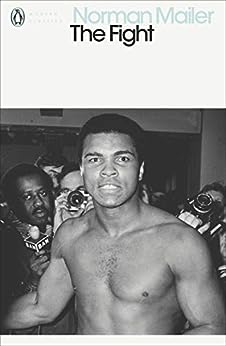 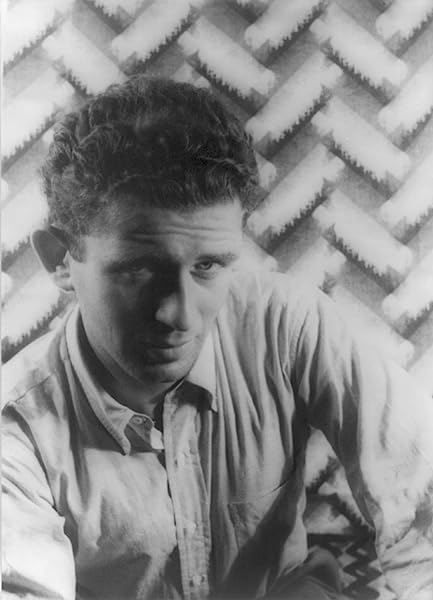 "Entertaining... Mailer continues his familiar shadow-boxing with the ineffable." -- Time In 1975 in Kinshasa, Zaire, at the virtual center of Africa, two African American boxers were paid five million dollars apiece to fight each other until one was declared winner. One was Muhammad Ali, the aging but irrepressible "professor of boxing" who vowed to reclaim the championship he had lost. The other was George Foreman, who was as taciturn as Ali was voluble and who kept his hands in his pockets "the way a hunter lays his rifle back into its velvet case." Observing them was Norman Mailer, whose grasp of the titanic battle's feints and stratagems -- and whose sensitivity to their deeper symbolism -- make this book a masterpiece of the literature of sport. Whether he is analyzing the fighters' moves, interpreting their characters, or weighing their competing claims on the African and American souls, Mailer is a commentator of unparalleled energy, acumen, and audacity -- and su

Michael A. Black
4.0 out of 5 stars A Memoir That Reads Like a Novel
18 October 2015 - Published on Amazon.com
Verified Purchase
Norman Mailer was one of the best writers to come out of the Twentieth Century. He was also one of those writers in the Hemingway mold, who sought to immerse himself in the subject matter about which he wrote. No stranger to the sweet science (he once did a three-round boxing match on the Dick Cavet Show with ex-light-heavyweight champ, Jose Torres), Mailer was sent to cover the Rumble in the Jungle in Africa in 1974 when Muhammad Ali became the second man to regain the heavyweight title when he took it away from George Foreman. Mailer had a way with imagery and metaphor, and his writing is engaging. His colossal ego is also in evidence in this piece. He refers to himself in the third person throughout. Interestingly enough, there is more written about the events leading up to the big fight than of the actual contest itself. Despite Mailer's friendship and obvious idolization of Ali, the author does give us a few glances of Ali's cruel nature. Foreman, who later became the oldest man ever to regain the heavyweight title, is not described in much detail, and is cast as a bit player in this piece. Ironically, Foreman's genial personality wouldn't become evident until his comeback about ten years after his original reign as heavyweight champion. The Fight focuses primarily on Ali, who was a larger-than-life icon during the 1970's. It's too bad Mailer didn't try to gain more insight into Foreman's nature, but perhaps that wasn't an option at the time, since Norman was clearly a member of Ali's camp. Originally written as a two-part article for Playboy magazine, Mailer later expanded the article into this book. It's an interesting memoir and gives the reader a sense of being caught up in the big event.
Read more
8 people found this helpful

Efox
5.0 out of 5 stars Exceptional
27 October 2017 - Published on Amazon.com
Verified Purchase
I'm a big sports fan and love reading great literature of sport. I'd never read anything by Norman Mailer until this book. I was blown away both by the ferocity of the author's talents and his ability to capture this fight. There are various ebbs and flows of the book until the fight itself which is the most remarkable sports writing I've ever read. The Rumble in the Jungle has been called the greatest sporting event of the 20th century. This book puts the reader not at ringside, but really in the ring itself within Ali and within Foreman. I am so glad I read this book.
Read more
5 people found this helpful

Randolph Severson
5.0 out of 5 stars An Epic Drama: Norman Mailer at his Very Best - Gives Homer a Run for His Money
14 November 2019 - Published on Amazon.com
Verified Purchase
This is Mailer at his best: baroque brilliance, metaphors that seem to rocket off the page, descriptions like smelling salts, insights like a sudden slap across the face, charades of self abasement that somehow unmask a deeper truth. Boy, could this guy write and here he writes about two of the greatest athletes of all time, Ali and Foreman, each leading symbolic, representative lives. Here in Africa they clash in what really was the Fight of the Century. Mailer gives you the feel, sight, smell of what it must have been like being there. You can almost feel the thud of the punches as if you were ringside getting sprinkled with the blood and the sweat. The highlight of the book for me was when Mailer huffed and puffed his way through a mile or so of roadwork with Ali and then traipses back alone to camp unnerved by a lion’s roar but still largely innocent of the danger he was courting. Mailer was never without his outsized ego but here he humbles it overawed by the magnificence of Ali but also Foreman and the grandeur and the misery of Africa.
Read more

jjlaw
5.0 out of 5 stars Masculinity, Dictatorship and more
7 October 2016 - Published on Amazon.com
Verified Purchase
Mailer's New Journalism here serves up a real feast, a smorgasbord of topics such as masculinity, economic dictatorship, journalism, the African climate, the African 'nature' and American stewardesses - er, flight attendants - mixed into the slow-heating but ultimately succulent and rewarding narrative of the boxing match that simmers in the background. A very New Journo sentence that!

Zaire, from 1971 and 1997 what is now the highly unstable Democratic
Republic of the Congo, is the Portugese word for the Congo River, itself taken from the Congo word nzere (river that swallows all rivers). The river, nature and weather are ever present here - will it rain before the fight (the rains came after the fight and flooded the whole concrete stadium, dressing rooms, everything).

Zaire was a military dictatorship under Joseph Desire Mobuto, who then "Africanized" his name (getting rid of Belgian colonial influence) to Mobuto Sese Suko Kuko Ngbendu Wa Za Banga, sort of "all conquering warrior who goes from triumph to triumph". This is all detailed by Mailer at the beginning of the book, although Wikipedia is also useful for those trying to remember and writing a book review on Amazon!
Essentially as a showcase for and to consolidate his rule Mobuto set up this historic boxing match. Thus a lot of the early book is Mailer's perceptions of the bizarre dictatorship and its brief history and, like all dictatorships, cult of personality. We can then compare Mobuto the warrior to the other warriors in the story, Foreman and Ali.

A major theme of the book is maculinity. There are almost no female characters in the book, apart from Ali's wife who briefly appears at the end and an American stew - er flight attendant - who is something of a heroine in the final act. Thus there is George, portrayed as the one dimensional knock out machine he probably was back then. There are the men in George's camp, who worry he might kill Ali. Then there are the men around Ali, his camp. Many doubt him. A fascinating figure is Bundini, whose role in the camp appears to be court jester, motivator and mystic provider. As another reviewer has mentioned one of the most satisfying chapters is when Mailer ("Norman" in the text) goes for a morning jog with Ali and is ultimately disappointed and worried by the seemingly lackadaisical aspect of Ali's training. The chapters chronicling the fight itself are just amazing writing that should be set as a text for any budding sports journalist.

Mailer here is good, very very good. However for me the best New Journalism tome on masculinity is actually The Right Stuff by Tom Wolfe, a book of genius.

Read more
10 people found this helpful
Go to Amazon.com to see all 74 reviews 4.3 out of 5 stars
Get FREE delivery with Amazon Prime
Prime members enjoy FREE Delivery and exclusive access to movies, TV shows, music, Kindle e-books, Twitch Prime, and more.
> Get Started
Back to top
Get to Know Us
Make Money with Us
Let Us Help You
And don't forget:
© 1996-2020, Amazon.com, Inc. or its affiliates