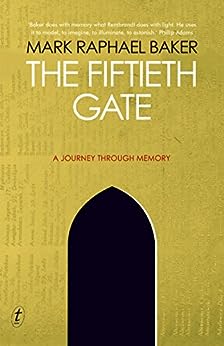 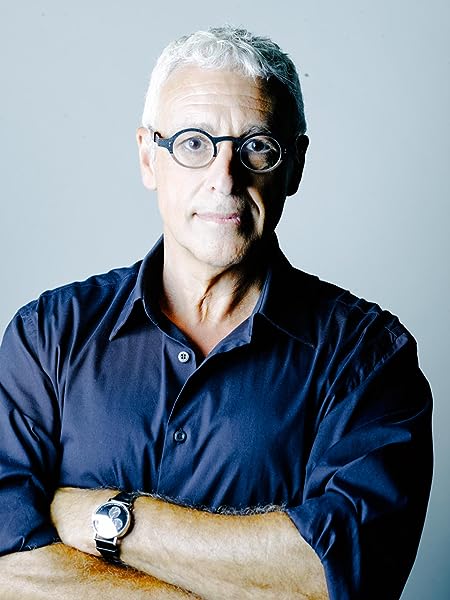 The Fiftieth Gate: A Journey Through Memory Kindle Edition

The 20th anniversary edition of a seminal post-Holocaust work. --This text refers to the mass_market edition.

As well as The Fiftieth Gate, A Journey Through Memory, a seminal book on his parents? experience during the Holocaust, Mark Raphael Baker has written a compelling memoir, Thirty Days, A Journey to the End of Love, about the recent death of his wife. He is Director of the Australian Centre for Jewish Civilisation and Associate Professor of Holocaust and Genocide Studies in the School at Monash University, Melbourne. --This text refers to the mass_market edition.

Nina
1.0 out of 5 stars Contempt for the victims of the Holocaust
Reviewed in Australia on 17 November 2020
I read this book years ago for my schooling and I will never be able to stomach the author's casual torture of his parents for the sake of their stories. He claims that he's a "second generation" survivor when he survived nothing and enjoyed a life in Australia free of oppression, in spite of his parents suffering. Dressing as Hitler and dragging his parents around Europe to relive their experiences for his own financial benefit in this foul book only enhance my contempt for the author's mistreatment of his family more than it does any "memory". Instead of allowing qualified therapists to ease them through their pain, he drills them to the point of nervous breakdowns and gleefully records these details.

The only memory I've been left with as a result of this book is a strong feeling of disgust towards the author and his clear contempt for the suffering of his parents. The fact that this book was ever written and used as a book for schooling is disgusting and whoever selected it should be ashamed of themselves.
Read more
Helpful
Report abuse
See all reviews

Elizabeth Muldoon
5.0 out of 5 stars Good and gentle lives after unimaginable suffering
Reviewed in the United States on 2 January 2019
Verified Purchase
I found this a very moving story of the impact of trauma and suffering on human beings, and at the same time of the everyday courage and love of family that enables people to keep living their lives meaningfully and well after broken and damaged childhoods. The search for memories - the desire to remember and the need to forget, the blurring of events and yet the power of past pain to continually touch lives - is also an interesting aspect that the author explores. I liked the author's tone in telling the story, as well: warm, sharing the experiences and suffering of his family with the reader.
Read more
Report abuse
See all reviews
Back to top
Get to Know Us
Make Money with Us
Let Us Help You
And don't forget:
© 1996-2021, Amazon.com, Inc. or its affiliates