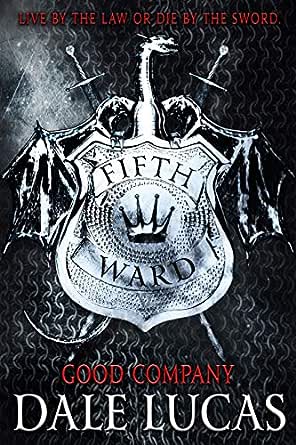 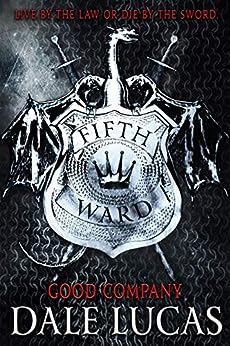 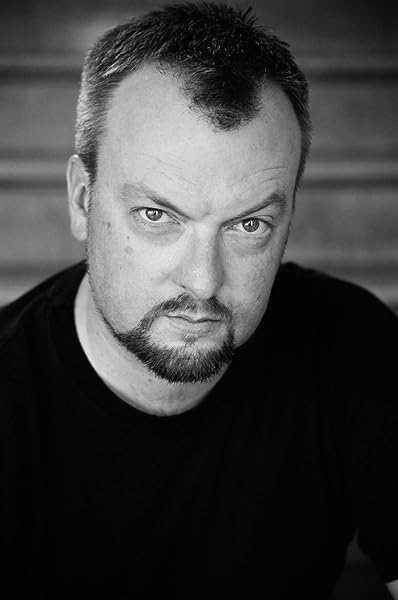 "A brilliant premise, wonderfully told. A city that breathes, and heroes you can't help but root for."-- Nicholas Eames, author of Kings of the Wyld, on The Fifth Ward: First Watch

"A glorious tour through fantasy's seamier side, complete with irreverent dwarves and rabble-rousing orcs, mages, and humans. A wilder ride than Middle Earth, and you'll love every minute of it!"-- Jon Hollins, author of the Dragon Lords series, on The Fifth Ward: First Watch

"Dale Lucas tells a rambunctious tale that sends the two watchmen into the worst parts of Yanara, fighting orcs and dealing with elves. The case is far bigger than either expected and leads to villainy that is actually illegal in the city. I can't wait for the next case."--University City Review on The Fifth Ward: First Watch

"A well-written adventure."--Cannonball Read on The Fifth Ward: First Watch

"I could have read this story for eternity, the characters and world building are that good ... every scene is brought to life with blazing imagery that is tied to constant movement. The characterization is superb and continues to surprise as events unfold."--Koeur's Book Reviews on The Fifth Ward: First Watch

An action-packed fantasy adventure in which two misfit partners team up to work a case in a crime-ridden city filled with orcs, humans, elves, dwarves and mages
See all Product description

Brian
TOP 500 REVIEWER
5.0 out of 5 stars Brilliant as usual
1 September 2019
Format: Kindle EditionVerified Purchase
This is a great series created by a talented writer. It is Discworldish in style, however, it is its own unique entity told with flair. This is one of the few series that I automatically sign up for when it is pre released. Like Discworld, the author should be able to continually mine new and unique tales to keep the readers entranced. I am now waiting for the next book.
Read more
Helpful
Comment Report abuse
There is 1 customer review and 2 customer ratings.
See all 1 customer reviews
Write a customer review

Cowboy Samurai
5.0 out of 5 stars Torval and Rem Road Trip adventure.
20 September 2019 - Published on Amazon.com
Verified Purchase
The guys respond to a violent domestic dispute between a husband and wife. As often happens things take a tragic bloody turn. On the way back to the office to give their report the notorious outlaw the Red Raven quite literally drops into thier laps. In order to claim the substantial reward for themselves and their department, they're drafted into escorting the outlaw to his home city for trial. Forced into traveling with an increasingly hostile and untrustworthy Lord Marshal and his men who've been hunting the Red Raven unsuccessfully. Of course, along the way things go sideways through a notoriously lawless region with a dark history. Rem and Torval soon find they've found themselves as expendable pawns in a small scale but no less deadly game of thrones. With no clue who to trust except each other. Events take a shocking twist leaving the guys hanging on by their fingernails just to survive let alone save the day.
By taking lead characters outside the box of the city of Yenara. The author opens up the storytelling possibilities for the series. Hopefully we'll get to see more of their world beyond Yenara.
Read more

Emmit
5.0 out of 5 stars Fantastic series
26 September 2019 - Published on Amazon.com
Verified Purchase
The is one of the best authors I’ve come across in a long time. Love the stories and love the way this author writes.
Read more

Tad Ottman
5.0 out of 5 stars Best Fifth Ward novel yet
28 August 2019 - Published on Amazon.com
Our favorite mismatched buddy cops are back in the latest Fifth Ward novel: Good Company by Dale Lucas, and this may be the best one yet!

Rem and Torval are headed back from their latest shift patrolling the streets of Yenara when a thief on a rooftop literally falls into their laps. After capturing the thief and taking him in they discover that he is a notorious outlaw wanted in another country. The human Rem, and his dwarvish partner Torval, are watch wardens normally charged with patrolling the teeming and unruly streets of Yenara. Now they are tasked with escorting the thief back home through a menacing forest. The forest holds many dangers not the least of which is the thief's companions who are hoping to rescue him. The foreign soldiers traveling with Rem and Torval are also of dubious integrity. The only ones that Rem and Torval can truly rely on are each other and they will need to do so if they are going to make it back to Yenara in one piece.

Good Company takes Rem and Torval out of the city for the first time, allowing us to explore a little bit more of their world. The Fifth Ward books are filled with intrigue along with action and adventure. In Good Company Lucas spends more time with viewpoint characters other than Rem and Torval which deepens the intrigue and helps keep you guessing as to which are the good guys and which are the bad guys. The relationship between Rem and Torval has matured and deepened through the course of these first three books. They rely on and trust each other and this heightens the tension when they face danger, both separately and together. The forest setting not only takes them out of their comfort zone, but their encounters in the woods make them reexamine some long-held prejudices about some of the creatures they only know from the city, including orcs, trolls and goblins.

The action scenes, particularly those in the forest, are some of the most intense and exciting in the series. In Good Company, Lucas juggles more plot threads and viewpoint characters than in the previous books and the added complexity results in the best story yet. This world is rich and vibrant and it's clear that it has a lot of stories left to tell both inside and outside of Yenara. Dale Lucas has another winner on his hands in a series that gets better with every book. Highly recommended

I was provided a copy of this book by the publisher.
Read more
2 people found this helpful

Thanks to Hachette Audio, the publisher, and the author for an advanced listening copy of Good Company (The Fifth Ward #3) in exchange for an honest review. Receiving this ALC did not influence my thoughts or opinions on the novel.

Can we all agree that Simon Vance is a stupendous audiobook narrator? He has several hundred audiobooks to his name, which should just go to show that he is simply one of the best. He is in my top five (5) of all-time with Jim Dale, Colin Mace, Tim Gerard Reynolds, and Joe Jameson. Anytime those names are tied to a book, the audio goes straight into the wishlist on Audible or Libro.fm.

This series is like Training Day meets Bright. Good Company adds a dash of Robin Hood and The Hobbit to that mixture to make something truly original.

As far as the book is concerned, Good Company takes a well deserved break from the elf/mage/dwarf/orc population of Yenara and takes the show on the road. Gone are the crowded streets full of thieves, dealers, and brawlers, but the woods mask a more impressive crew of mercs that use the camouflage and open space to their decisive advantage. On top of that, some in Rem and Torval’s midst may not be so keen to see this party make it to the other side.

I have been a fan of Lucas’s writing since Book 1, especially his creation of the seemingly oil & water mixture that is the duo of Rem and Torval. It is sort of like watching The Other Guys with Ferrell and Wahlberg, but now as a continuation of their partnership rather than the rocky beginnings. They have grown quite fond of one another and their comfort level is close enough to a friendship as possible. I also enjoyed our antagonist this go round, especially with the unexpected twists and turns that came with the journey through the woods.

While the dialogue, characters, and fight scenes kept Good Company rolling along, the world-building took somewhat of a backstep as the focus was on the party rather than the environment. Not a bad thing, necessarily, but I did enjoy the build-up of Yenara and its outskirts in the previous novels so I was a tad bummed that it didn’t continue. Focusing on the little things can wreck a read, so thankfully, I didn’t let it bother me.

All in all, I enjoyed Good Company about as much as the first two (2) installations to the series. I can only assume Lucas is going to continue writing more in this series, and I hope that is true as I am not ready to end my relationship with Rem and Torval just yet.
Read more

MIchael S Wherry
5.0 out of 5 stars I have enjoyed this series of books since stumblinh on the first book
3 January 2020 - Published on Amazon.com
Since I happened to find this on Audible I have been a huge fan of this series. I think with the characters, locations, history, this could be a series that runs for years. The partnership of characters gives a very strong and complete story line and makes them able to bounce things off each other from diffrent angles.

It should be noted the Audible reader also does an amazing job with the characters and the voices. Im looking forward to some future book where they go back into the Bonnie Princess Homeland to find out what all has been going on there.
Read more
Go to Amazon.com to see all 5 reviews 4.8 out of 5 stars
Get FREE delivery with Amazon Prime
Prime members enjoy FREE Delivery and exclusive access to movies, TV shows, music, Kindle e-books, Twitch Prime, and more.
> Get Started
Back to top
Get to Know Us
Make Money with Us
Let Us Help You
And don't forget:
© 1996-2020, Amazon.com, Inc. or its affiliates