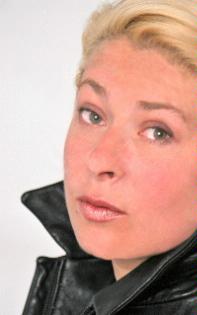 Page 1 of 1 Start overPage 1 of 1
Previous page
Next page
Start reading A Field of Darkness (A Madeline Dare Novel Book 1) on your Kindle in under a minute.

''Read's plot crackles and pops, but her characters steal the show. This is sure to be loved by fans of comic mysteries, but don't be surprised if Tom Wolfe readers are equally smitten by Read's venomously witty portrait of a fallen WASP.'' --Booklist (starred review)

''Consistently delights. The author's sharp social commentary on everything from the idle rich to the environment adds to the pleasure.'' --Publishers Weekly

''(Audiobook Narrator) Huber portrays the main character's 'attitude' perfectly, reading with a wry wit and self-deprecating humor. Her voices match each individual's background, from Dare's husband's farm family to her own family's upper-crust snobbishness. Older teens and adults with a taste for a combination of mystery and humor will find both in this well-narrated novel.'' --Kliatt

Cornelia Read is the author of Valley of Ashes, Invisible Boy, and The Crazy School. Read's first novel, A Field of Darkness, was nominated for an Edgar Award for Best First Novel. She lives in Berkeley, California.

3.8 out of 5 stars
3.8 out of 5
41 global ratings
How are ratings calculated?
To calculate the overall star rating and percentage breakdown by star, we don’t use a simple average. Instead, our system considers things like how recent a review is and if the reviewer bought the item on Amazon. It also analyses reviews to verify trustworthiness.

liz stapleton
1.0 out of 5 stars I didn't get far enough to even begin to tell you what the story was about
Reviewed in Australia on 19 January 2021
Verified Purchase
I was not gripped by the opening at all. Nothing propelled me to continue with the story. Unreadable.
Read more
Helpful
Report abuse
See all reviews

Erin79
5.0 out of 5 stars Kept me guessing until the end
Reviewed in the United Kingdom on 26 July 2014
Verified Purchase
Someone had left a copy of this book at a holiday villa, I started reading it and was hooked, mad when I realised I'd left it on the plane on the way home and thrilled when I found it on my kindle. I will definitely be trying more from this author
Read more
One person found this helpful
Report abuse

Diponenti
4.0 out of 5 stars A Wasp polar
Reviewed in France on 15 February 2010
Verified Purchase
An interesting new voice in detective fiction. The first-person protagonist has a nice feminine charm and describes a social setting not often written about, a collage of Long Island social register and upstate red neck culture. Unfortunately the mechanics of the criminal plot and the associated Bad Guy ring a little hollow. The author, who is apparently familiar with both settings, flaunts a historic guilt complex and seems to revel in a kind of masochistic chic as the latest snobbery of the privileged classes.
Read more
Report abuse

cnomad
2.0 out of 5 stars Tries hard to impress, too clever for its own good.
Reviewed in the United States on 17 August 2009
Verified Purchase
Disappointing first novel by a clearly talented writer. While the story's premise (mixed-class marriage, murder-mystery) might have been interesting, the 'aren't I clever' overtones of the forced wit and quirky turns of phrase just rankled too much, so much so that I could never fully sink myself into the meat of the story. I suppose it's 'educational' to read about how the wealthy in Long Island actually live and talk and party (Robin Leach's old TV show did that public service, though), but it also felt a bit like 'you see, this is how we upper-class live' kind of show-and-tell. I felt that most characters lacked some depth and authenticity (unlike, say, Anne Tyler's creations, although some might say I'm comparing apples and oranges there - but fiction is still fiction and needs to be interesting to read). A few other not-so-pleasant notes: lots and lots of adjectives grouped together. Towards the second half, I couldn't bring myself to care about the resolution of the murder mystery, but just forced myself to read to the book's end, for completeness' sake.

Ms. Read is clearly a talented writer with a quick wit, but I think this book is not a shining example of what she's capable of. It's a first novel, and mistakes can be expected with thus, but how it reaped such high praises from other writers, reviewers and readers baffles me. Perhaps her subsequent efforts might be better? (Nope, haven't read anything else of hers since this one.) Usually, a good writer's first published effort just blows you away, but this might perhaps be contrary to that trend, and Ms. Read's sophomore effort will be a better outing than this one. Good, perhaps, for a light summer read.

RubyG
4.0 out of 5 stars feisty fun with darkness
Reviewed in the United States on 23 May 2013
Verified Purchase
So hanging out with this book was like having a drink with a friend, an interesting sarcastic and dark friend who can tell a good story. Gotta admit that by the end recollections of my Nancy Drew days (of loooong ago) came to mind.... but maybe because reading murder mystery isn't my thing, at all. The easy vernacular used by the author cracked me up -- and by reading other reviews annoyed others --Fine for them, to me it was an overall good time. The texture and tone of CM's writing style kept me engaged, without the usual temptation to skip entire chunks of descriptive-pastoral-masturbation. Ok, I admit I held off para-skipping until Scooby's Mystery Van rolled up at the end -- I guess the unwrapping of the whodunnit present bores me a little. O well, nice job Cornelia, I admire your word talent.
Read more
One person found this helpful
Report abuse

Dean Quarrell
3.0 out of 5 stars well done & worthwhile, worth reading
Reviewed in the United States on 2 June 2011
Verified Purchase
I enjoyed it; I found her style totally compatible with my taste. The story moved very well, settings & characterizations quite well-drawn. I think there may have been more time & place-specific allusions than would serve well for other than an airport book (it's NOT an airport book but might be mistaken for one), but I suspect that at least some of them work without cultural familiarity with the reference (an example, as the protagonist is driving out of town on a particularly grim day in a grim mood, leaves the chapter with the line "All the leaves were brown and the sky was gray" - well that works just fine even if you aren't hip to the John Phillips song.

A fun book, but more than just fun, well done & worthwhile, worth reading - glad I bought it & read it.

Read more
3 people found this helpful
Report abuse
See all reviews
Back to top
Get to Know Us
Make Money with Us
Let Us Help You
And don't forget:
© 1996-2021, Amazon.com, Inc. or its affiliates