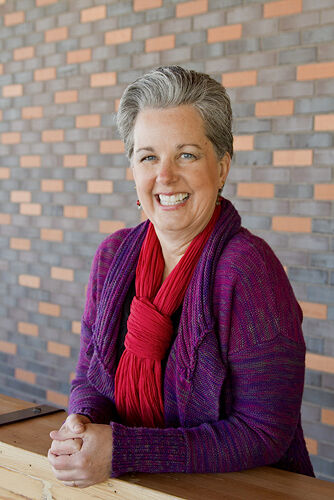 by Becky Clark (Author)
4.6 out of 5 stars 31 ratings
See all formats and editions
Sorry, there was a problem loading this page. Try again.

"The charming heroine and the supporting cast shine in Clark's fun and funny solo mystery debut...which doesn't take anyone too seriously in the best way possible."--Kirkus Reviews

"Cozy fans should enjoy this funny and affecting view into a mystery writer's life."--Publishers Weekly

"Charlee Russo is my new favorite amateur sleuth! Wickedly witty author Charlee takes us along on her wild ride to prove her innocence in the murder of her literary agent, a murder based on the plot of one of her own books! Giving readers an inside look at the writer's life, Becky Clark pens a funny, clever page turner of a mystery and I can't wait for the next one in this terrific new series!"--Jenn McKinlay, bestselling author of the Library Lover's Mysteries

"Becky Clark wields a witty pen, writing about an author who is plunged into her own mystery."--Marty Wingate, author of the Potting Shed and Birds of a Feather series

"Becky Clark is a hilarious new talent in mystery fiction. With a mixture of humor and plot, Fiction Can Be Murder pulls back the curtain on the creative writing process and exposes the homicidal thoughts that take place while writing a book."--Diane Vallere, national bestselling author of the Costume Shop mysteries

"In Fiction Can Be Murder, Becky Clark gives us a fun and funny peek into the writers' life. Although in the case of her protagonist, the smart, likeable, and feisty Charlee Russo, that life includes the real murder of her agent. This clever mystery, first in a new series, is perfect for book lovers."--Vicki Delany, national bestselling author of the Sherlock Holmes Bookshop mysteries

"Fresh, fast, and furiously fun, Fiction Can Be Murder packs one surprise after the next. Becky Clark writes with wry wit, a keen eye, and no shortage of authority on this particular subject. Charlee Russo is like a lot of authors I know--except most of them only dream of killing their agents."--Brad Parks, Shamus-, Nero-, and Lefty-award-winning author of Closer Than You Know

"This killer plot will take you on the literary ride of your life. In this new series, Clark has crafted an intriguing mystery that opens the door into the crazy world of literary agents, publishers, royalties, critique groups, and murder."--Cheryl Hollon, author of the Webb's Glass Shop Mysteries

A highly functioning chocoholic, Becky Clark (Denver, CO) is the seventh of eight kids, which explains both her insatiable need for attention and her atrocious table manners. She likes to read funny books so it felt natural to write them, too. She published her first novel in 2001, and is a sought-after speaker.

Start reading Fiction Can Be Murder (Mystery Writer's Mysteries Book 1) on your Kindle in under a minute.

Amazon Customer
5.0 out of 5 stars Smart, funny mystery - well worth your time!
Reviewed in the United Kingdom on 9 May 2018
Verified Purchase
Huge fun - good characterisation, lovely details, and I'm happy to say that I guessed wrong, but in a good way. Bring on the next one!
Read more
Report abuse

Tammy "TCB"
4.0 out of 5 stars Excellent start.to the series
Reviewed in the United States on 4 April 2019
Verified Purchase
First off, do you want an inside look at a Writer’s life? Even though fiction, the career they have in here is real.
Not too many books based in Colorado, so kudos here. The setting is city generic, but there’s nothing off base. I’d like a few more details on the area, the weather.
I love the characters. The main characters are all writers, but different lifestyles and career phases. Loved Charlene’s thought process and occasional carelessness. I want more of the brother.
The dialogue was funny and smooth. Different voices were used. Nothing cookie cutter.
The Pace was great. Lots of clues and red herrings.
The Plot was genius. No giveaways here. The subplots were muted, refreshing in the first of a series.
I wanted everyone and no one to be this killer. And was I surprised at the reveal.
A solid 4 stars.
Read more
3 people found this helpful
Report abuse

mathcat345
4.0 out of 5 stars Wonderful cozy, and an excellent first entry in a new series!
Reviewed in the United States on 1 August 2018
Verified Purchase
I met Becky Clark when I sat next to her at the banquet for Malice Domestic 30. She was a delightful dinner companion and made the evening so much fun! I bought her book when I got home, and thoroughly enjoyed meeting Charlee and the members of her writing group, as well as the other folks who inhabited Charlee's world.

Charlee wrote a murder mystery. The draft of the book was shared with her writing group. Charlee's agent was murdered using the methods in Charlee's book, which made the situation quite awkward for all concerned (including, of course, the agent).

Becky Clark's humor shines in this entry, and it was a great cozy! I have pre-ordered her second book which will be out in 2019.

I see great things in store for Becky Clark! (You thought I was going to say, "I see dead people," didn't you?)
Read more
One person found this helpful
Report abuse

Gretchen Archer
5.0 out of 5 stars Publishing can be DANGEROUS!
Reviewed in the United States on 13 November 2018
Verified Purchase
There were so many things I loved about Fiction Can Be Murder. Charlee’s voice, her afterthoughts, her comparisons, her nerve, her passion for grilled cheese sandwiches, her leap-before-she looks, her rationalizations, all so funny! And the crime? Genius! (Who knew?) I truly enjoyed the procedural solving of the mystery. So old school, with clever, almost hidden nuance, and nods to great literary detectives/devices of yore. I absolutely enjoyed the insider glimpse at the (not always) glamorous publishing industry, and more, so much more. Above all, I can’t wait to see what Becky Clark comes up with next. Shoutout to the editor: I’d have never known sandpicture was a compound word. This is one of the best first mysteries I’ve read in forever. Truly a page turner. Bravo.
Read more
One person found this helpful
Report abuse

J. Dieterle
4.0 out of 5 stars Great mystery
Reviewed in the United States on 20 March 2019
Verified Purchase
Great mystery. Loved the implications for the main character when her unpublished manuscript is used for murder. The culprit has to be someone with access. This made for a great story with realistic awkward moments of paranoia and suspicion. Some questions from this go unanswered, so the implications from this book may still be yet to come in a future story.
Read more
One person found this helpful
Report abuse
See all reviews
Back to top
Get to Know Us
Make Money with Us
Let Us Help You
And don't forget:
© 1996-2021, Amazon.com, Inc. or its affiliates