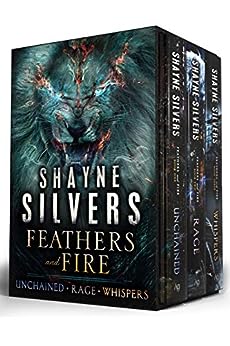 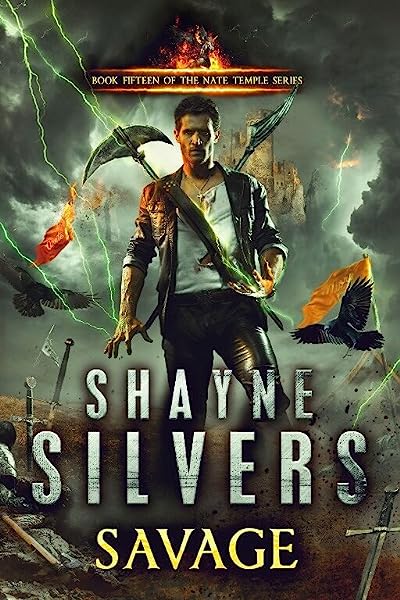 by Shayne Silvers (Author) Format: Kindle Edition
See all formats and editions
Sorry, there was a problem loading this page. Try again.

SILVERS HAS SOLD OVER 500,000 BOOKS, AND IS A DRAGON AWARD NOMINATED AUTHOR

Callie Penrose is a middle-class, Midwest American girl, and a wizard in training. She works for the Vatican Shepherds – an elite group of twelve warrior priests who travel the world smiting whatever offends them or their Good Lord.

One problem. Callie isn’t a huge fan of churches… Not even a minor fan, really.

But when a Heavenly spear enters an auction in Kansas City, Callie is forced to step up as an interim Shepherd, and her first night on the job puts her in a bidding war against the infamous Nate Temple – the billionaire wizard from St. Louis. And when demons, shifter bears, vampires, and Nephilim attack the auction for the spear, Nate and Callie are forced to join teams, and one-time foes become hesitant allies.

Callie must learn where she stands as a wizard. Will she hide behind a man, or light Kansas City afire with a name of her own? And will she finally come to appreciate God? Or will the demons and monsters in the shadows take her for themselves?

Because Callie soon learns she isn’t just a wizard, and it was never just about the spear. Monsters have evidently been hunting Callie her entire life, and now, they’ve finally found her…

Ever since Callie – the Vatican’s rookie monster hunter – killed a demon a few weeks ago, Kansas City’s been eerily quiet.

But she soon learns it’s just the calm before the storm.

Because werewolves begin abducting young women in Kansas City, and a new church opens its doors, pronouncing death to all idols, including these ‘make-believe’ monsters and wizards.

But when one of their congregation is disemboweled by a monster on the steps of the church with the phrase God is dead painted in blood, someone in the church decides to take a lesson from the Salem Witch Trials… And the police seem to be helping.

Callie must catch the killer before Kansas City erupts in civil war. A civil war she inadvertently started.

But she’s being stalked. By something unseen. More than one something… And with so many new faces coming to Missouri – gods, legends, and nightmares – Callie begins to realize it’s all someone’s sick idea of a game.

One of the Vatican’s most infamous Shepherds has been murdered, and Callie’s friends are the prime suspects. To prove them innocent, Roland and Callie must risk their very souls…

Because Callie can’t reveal that she’s hearing strange Whispers when she uses her magic, or that she’s harboring an Angel’s Grace. And if the Shepherds discover the hellish bargain Roland made, the streets of Rome will flow with blood as brother turns against brother.

And with the Antipope pressuring the Vatican for change, and Nate Temple arriving unannounced to demand an audience with the Shepherds, things couldn’t get any more chaotic.

Until Callie learns of an ancient order of traitors hiding in the Vatican, and they’ll do anything to bring it down – brick by brick.

The only way to find the traitor, keep her secrets, and save those she loves is to raise her blade against these Holy warriors of God, shattering the Vatican itself.

If you like KF Breene, Shannon Mayer, CN Crawford, Ilona Andrews, or Patricia Briggs, you will LOVE the first boxset of the Feathers and Fire Series.

Click or tap BUY NOW to jump into the supernatural slug-fest TODAY!

Shayne is a man of mystery and power, whose power is exceeded only by his mystery…

He writes the Amazon Bestselling Feathers and Fire Series about a rookie spell-slinger named Callie Penrose who works for the Vatican in Kansas City. Her problem? Hell seems to know more about her past than she does.

He also writes the Amazon Bestselling Nate Temple Series, which features a foul-mouthed wizard from St. Louis. He rides a bloodthirsty unicorn, drinks with Achilles, and is pals with the Four Horsemen. Both series take place in the same universe, because it’s fun.

Shayne holds two high-ranking black belts, and can be found writing in a coffee shop, cackling madly into his computer screen while pounding shots of espresso. He’s hard at work on the latest books in his shared TempleVerse, as well as a few new projects that will blow readers' mind-holes...

Get your FREE Nate Temple Starter Story TODAY at www.shaynesilvers.com.

AngieC
5.0 out of 5 stars A must read for any fan of Templeverse!
Reviewed in Australia on 18 November 2018
Verified Purchase
Another spellbinding adventure series from Shayne Silvers! Interwoven in the mystical life alongside Templeverse.
Read more
Helpful
Report abuse

Despite her magic, Callie is an ordinary girl. She struggles with finding a purpose to her life, and with who she really is. Having magic, and being trained to use it by a Catholic priest who is disappointed by her lack of Faith, lead Callie to an auction for the Spear that pierced the side of Jesus and a massive fight by factions of the 'Freak' community. And not all are natives to Kansas City. Or even Earth. 3 minutes seems to long to wait for the sequel. 3 months is torture.

Caught between the forces of Heaven and Hell, Callie finds new allies and new powers to help her fight to remain alive and independent of those who would claim her as their own, or have her die to further their plans (or hinder their enemies).

Callie learns the hard way that humanity is flawed, but people (of whatever freak flavor) can be worth having Faith in
Sometimes the Sinners aren’t the ones on the inside, it’s those whispering in your ear. And those who seem to be monsters are actually Saints. Be careful who you trust. Trust is a two edged sword. It can protect you from harm or be used to stab you in the back.

Kindle Customer
5.0 out of 5 stars Well worth a go!
Reviewed in Australia on 20 July 2019
Thoroughly engaging, slightly different take on angels and demons, vamps and shifters, and a wonderfully labyrinthine plot. A most enjoyable read!
Read more
Helpful
Report abuse

Amazon Customer
5.0 out of 5 stars Five Stars
Reviewed in Australia on 11 May 2018
Awesome books enjoyed them all
Read more
Helpful
Report abuse
See all reviews

Lorraine
5.0 out of 5 stars Amazing Author
Reviewed in Canada on 31 October 2018
Verified Purchase
You won't be disappointed. I'm on my third romp through Temple-Verse and regret not one minute.
Read more
Report abuse

Linko
3.0 out of 5 stars Disappointing... could have been better.
Reviewed in the United States on 13 April 2019
Verified Purchase
This was a boxed set which I assumed was a trilogy. However it is only 3 of however many books this is supposed to turn into. Had I known that I would have stopped reading much sooner, as I will not be buying anymore books from this author. I had to force myself to finish it, with the 3rd book being the worst.

There is so much that is started, with zero follow through. Also so many unnecessary scenes especially in the third book, such as the old bear that massages her breasts. Or the video that cant be used, yet there are so many ways they could have used it, which makes half of the book pointless. There are a few LOL moments in each book, that is all I can say for positives.
Read more
4 people found this helpful
Report abuse

Robert Hill
5.0 out of 5 stars Excellent addition to the Templeverse
Reviewed in the United States on 25 June 2021
Verified Purchase
I've been reading the Nate Temple books from Shayne Silvers for a while now and was getting towards the end of the series and decided to expand with Feathers and Fire. I'm so glad I gave these a read.
Read more
Report abuse

Jean Caldwell
5.0 out of 5 stars Wow!
Reviewed in the United States on 19 August 2019
Verified Purchase
Great series...totally gets your attention...great author
Read more
One person found this helpful
Report abuse
See all reviews
Back to top
Get to Know Us
Make Money with Us
Let Us Help You
And don't forget:
© 1996-2022, Amazon.com, Inc. or its affiliates